The cases include 22 foreign nationals and two persons who died in Delhi and Karnataka. 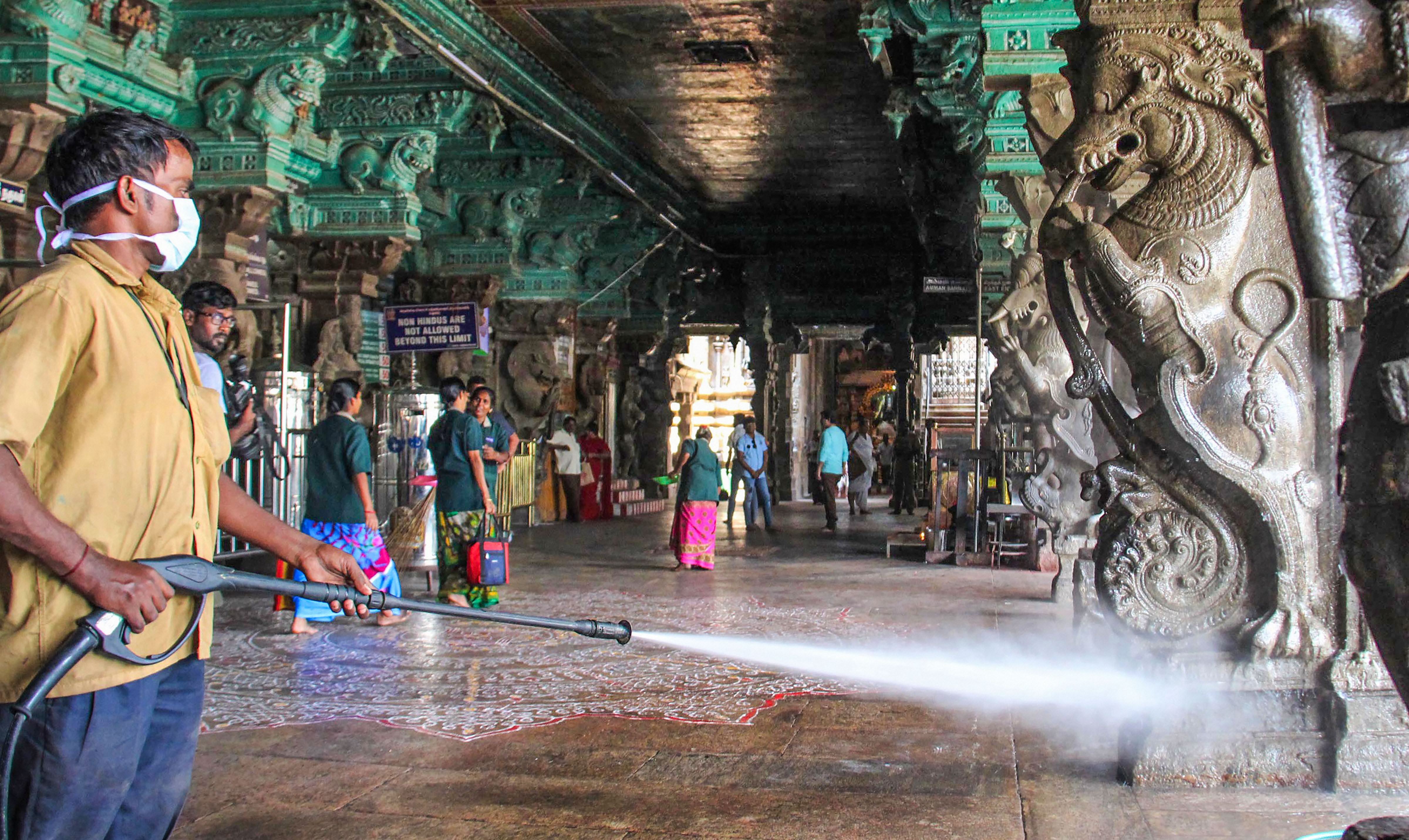 The number of novel coronavirus cases in the country rose to 125 on Tuesday after fresh cases were reported from several states.

The cases include 22 foreign nationals and two persons who died in Delhi and Karnataka.

Delhi has so far reported seven positive cases while Uttar Pradesh has recorded 13 cases including one foreigner.

Rajasthan has also reported four cases including that of two foreigners. Tamil Nadu, Andhra Pradesh and Punjab have reported one case each.

In Haryana, all the fourteen infected with the virus are foreigners while Uttarakhand has reported one case.

Kerala has recorded 24 cases including two foreign nationals. The number also includes three patients who were discharged last month after they recovered from the contagious infection with flu-like symptoms.

According to the ministry's data, 13 people have been discharged so far, including the three Kerala patients.

Two persons infected with the virus have died so far. While a 76-year-old man from Kalaburagi who returned from Saudi Arabia died on Tuesday last, a 68-year-old woman in Delhi who had tested positive for coronavirus passed away at the Ram Manohar Lohia (RML) Hospital on Friday night.

Amid rising coronavirus cases in India, the government has said no community transmission of the virus has been observed and there have only been a few cases of local transmission so far.

With the World Health Organisation (WHO) declaring COVID-19 a pandemic, a health ministry official said over 52 000 people who had come in contact with the 125 positive cases have been identified through contact tracing and were under vigorous surveillance.

With the positive cases of COVID-19 showing an increase, the government has proposed a set of social distancing measures to be in force till March 31.

'Travel of passengers from member countries of the European Union, the European Free Trade Association, Turkey and United Kingdom to India is prohibited with effect from 18th March 2020,' Lav Aggarwal, the Joint Secretary in the ministry said on Monday.

'No airline shall board a passenger from these nations to India with effect from 1200 GMT on 18th March 2020. The airline shall enforce this at the port of initial departure,' he had said.

Both these instructions are temporary measures and shall be in force till March 31 2020 and will be reviewed subsequently, he had said.