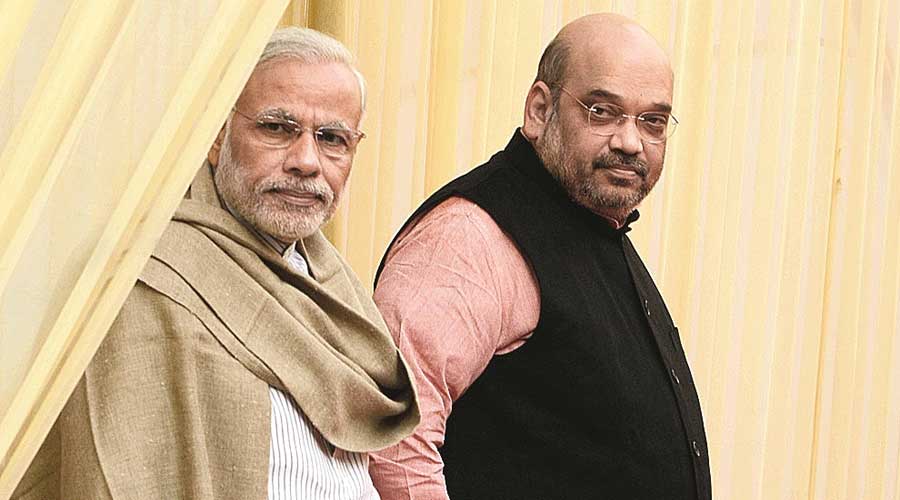 An advocate has moved a contempt petition in the Supreme Court against Prime Minister Narendra Modi, Union home minister Amit Shah and the home ministry, accusing them of “wilful denial” to comply with apex court directives while appointing IPS officer Rakesh Asthana as Delhi police commissioner.

Advocate Manohar Lal Sharma, who had earlier filed a plea seeking a special investigation team-monitored probe into the Pegasus snooping controversy, alleged that Asthana’s appointment had been in gross violation of Supreme Court rulings that all vacancies must first be notified to the Union Public Service Commission and that no officer who has less than six months’ service left will be appointed as a director-general of police (DGP).

Asthana was appointed as the commissioner of Delhi police, which reports to the Union home ministry, four days before his scheduled retirement on July 31, and was granted a year’s extension of service. The Delhi police commissioner’s rank is equivalent to that of a DGP.

Sharma’s petition claimed that the Prime Minister and the home minister had lost their moral and constitutional right to continue in office, having violated the Supreme Court’s directions. The PIL appealed that the issue should be examined by a Constitution bench of the Supreme Court comprising a minimum of five judges. Sharma said a constitution bench would have the mandate to settle the law on such appointments, otherwise there could be a constitutional breakdown and people could lose faith in the country

Sharma has named Modi as respondent No. 1, Union home minister Shah as respondent No. 2 and the home ministry as Respondent No. 3 for what the advocate called “wilful denial” to comply with the Supreme Court’s ruling of July 3, 2018, that all states shall send their proposals with regard to the appointment of DGP-level officers six months in advance to the UPSC.

“Respondent No. 1 (the Prime Minister) is the head of the ACC (appointments committee of the cabinet) and respondent No. 2 (the Union home minister) jointly decided and did the impugned appointment against the judgment of the Hon’ble Supreme Court. Hence they are party to this for contempt of court,” the petition, which is yet to be listed for formal hearing, stated.

The PIL recalled that on July 3, 2018, the Supreme Court had in the Prakash Singh vs Union of India case prohibited the appointment of an officer with less than six months of service left as DGP.

Sharma said that on July 27 this year, the appointments committee of the cabinet headed by the Prime Minister appointed Asthana as the Delhi police commissioner for one year.

The petitioner contended that the action of the Union government amounted to contempt of court and cited the Contempt of Courts Act, 1971, and a number of earlier Supreme Court judgments wherein it had been stated that “civil contempt refers to wilful disobedience to any judgment of the court, while criminal contempt can be invoked if an act tends to scandalise or lower the authority of the court or tends to interfere with or obstruct the administration of justice”. Sharma claimed that the appointment was a case of both civil and criminal contempt.

According to Sharma, Asthana’s appointment had also “been done knowingly and deliberately to interfere with or obstruct the administration of justice”.

“Therefore this Hon’ble court shall take contempt of court… against the respondents. Because in assessing if an act constitutes contempt, the test is of the effect on the judicial process and the authority of the courts,” the petition said.

“The intention of the accused in a contempt case is immaterial. What really matters is the effect or the likely effect of his act on the administration of justice. Any act which causes lack of confidence in the administration of justice, or otherwise interferes or tends to corrupt it, has to be prevented…. Because actual scandalisation or lowering of authority of the court is not necessary. It is sufficient if it tends to scandalise or tends to lower the authority of the court,” the petition said.