‘I do not ask for mercy. I do not appeal for magnanimity. I cheerfully submit to any punishment that court may impose’ 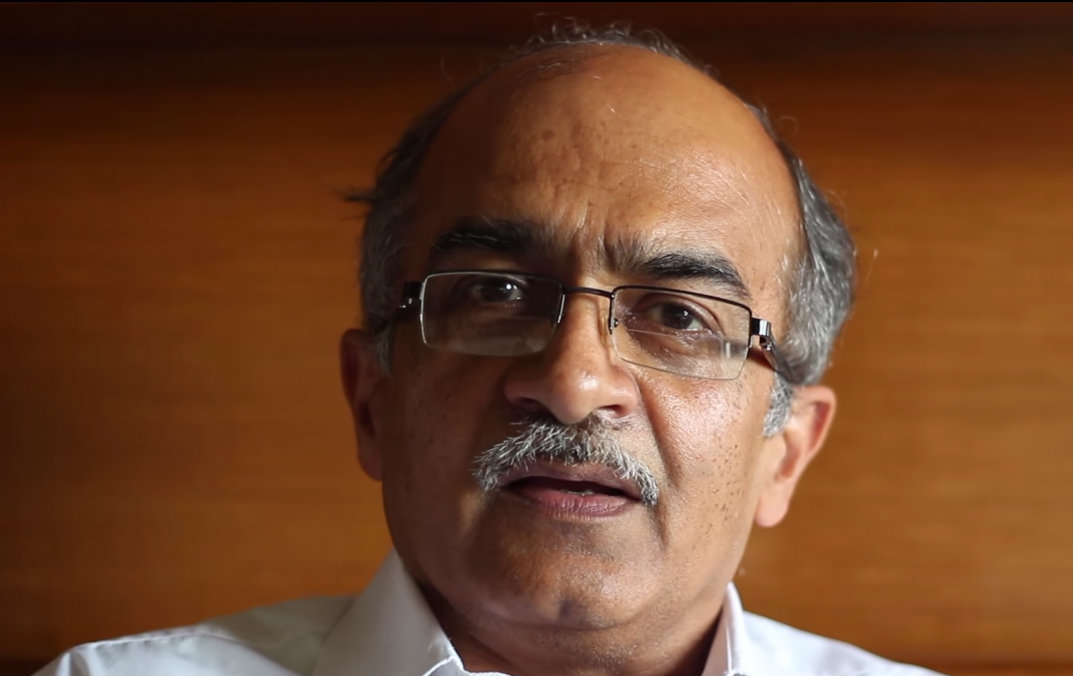 The Supreme Court on Thursday rejected advocate Prashant Bhushan’s submission that hearing on quantum of punishment in a contempt case against him be heard by a different bench, news agency PTI reported.

Bhushan, who intends to file a review plea against his conviction for contempt of court, had urged the court to defer the hearing till his petition is decided.

Holding Prashant Bhushan guilty on August 14, the court had said the tweets were based on “distorted facts”, were a “malicious…attack” on the “entire Supreme Court” and had the effect of “destabilising the very foundation” of judiciary.

The court hearing, on the quantum of punishment, is going on. Details are awaited.

A bench of Justices Arun Mishra, B R Gavai and Krishna Murari told Bhushan that no punishment will be acted upon till his review is decided. On his submission for a different bench, the court said, “You are asking us to commit an act of impropriety that arguments on sentencing should be heard by another bench.”

Mr Bhushan told the top court that he is "pained" that he has been "grossly misunderstood".

"I am pained to hear that I am held guilty of contempt of court. I am pained not because of the would-be sentencing, but because I am being grossly misunderstood. I believe that an open criticism is necessary to safeguard the democracy and its values," Mr Bhushan said.

"My tweets need to be seen as an attempt for working for the betterment of the institution. The tweets, I consider, were discharge of my highest duty. Apologising would also be dereliction of my duty," he added.

"I do not ask for mercy. I do not appeal for magnanimity. I cheerfully submit to any punishment that court may impose," Mr Bhusan told the court.

In his application, Bhushan said he “intends” to file a review petition “after studying the order, in detail, and seeking appropriate legal counsel as the ramification of the said order is of grave constitutional significance, in particular on the right to free speech”. He said he “would file the same within the limitation period of 30 days from date of the judgment, as he is entitled to under…the Supreme Court Rules, 2013”.

Bhushan said the deferment “would be in the interests of justice in view of the underlying public policy with respect to safeguarding liberty of a citizen under Article 21 till such time as his first appeal (in this case the review application) is considered”.

Bhushan also tweeted a statement by Opposition leaders including Digvijaya Singh, Shashi Tharoor and Farooq Abdullah, in which they said that the court’s decision had caused “a chilling effect on free speech and expression of dissent.”

“It is sad that the honourable court has not found it necessary to distinguish between constructive criticism and malicious statement,” the statement said.