Congress to PM: Talk about India, not Pakistan 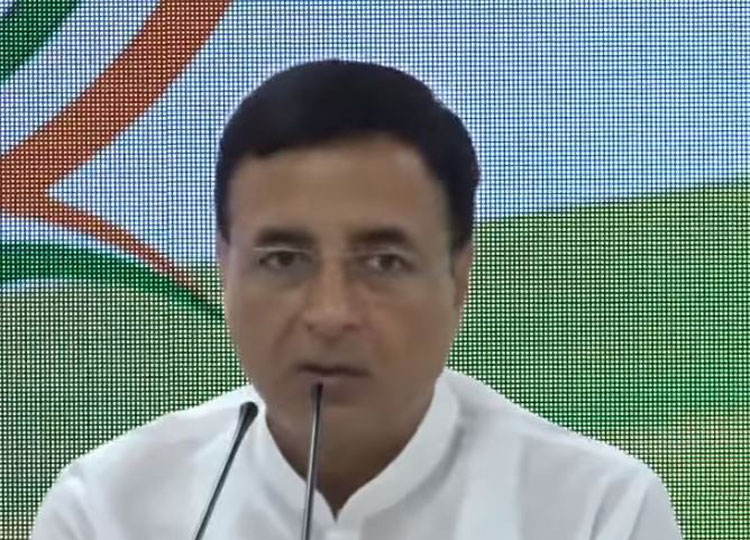 The Congress has yet again urged Prime Minister Narendra Modi to speak about the real concerns of the people instead of whipping up passions and diverting people’s attention by harping on Pakistan.

The Congress veteran added: “Why is Prime Minister silent on these issues? People want to hear him speak on demonetisation, messed-up GST and the plight of MSMEs (micro, small and medium enterprises). People also want to hear the Prime Minister speak on hate speeches, especially by leaders of his own party.”

Congress communications chief Randeep Surjewala said the entire focus of the BJP was on diverting people’s attention from real problems.

He tweeted: “This is their habit. The youth is grappling with the acute unemployment problem. According to CMIE (Centre for Monitoring Indian Economy), unemployment rate is soaring in April. In the first week, it was 7.9%, second week 8.1%, third week 8.4%. Modiji will leave the country in this pitiable situation, the people will punish him for this betrayal.”

Congress president Rahul Gandhi posted a video showing a man explaining how Modi purportedly pits one section against another, along with a biting couplet in Hindi: “Haqeeqat rubaru ho toh /adakaari nahin chalti/Janata ke saamne, chowkidar /makkari nahin chalti (If you are face to face with the truth/ acting won’t help/In front of the people, chowkidar/ deceit can’t do the trick).”

A translation: “He pits labourer against farmer, officer against soldier, India against Pakistan, burial ground against crematorium. Running a false propaganda and lying to the people is a disease and it is our compulsion to treat them properly).”

The Congress has also released two visual publicity materials that target blind loyalty for Modi, alleging that “bhakts” believe in falsehood and fuel the communal divide.

While one song explains what is “Bhakt Charitra”, another narrates the same storyline through a “Bhakt Chashma” (a loyalist’s glasses) that encourages people to see what they want instead of accepting the reality.

The “Bhakt Charitra” song explains the character of blind Modi loyalists, arguing that their beliefs and convictions are fake and hypocritical and they have been propagating the government’s lies without any application of mind.

The song refers to the communal divide and violence in the society and accuses the bhakts of using falsehood to create social tensions. It also refers to fake babas (religious figures) and Modi’s perceived elitist lifestyle despite the boast of being a “fakir” (saint).

The “Bhakt Chashma” video shows how the Modi loyalists see smart cities in place of slums, hi-tech health care in crowded and dingy hospitals, and development instead of wretched poverty.

The video refers to joblessness and agrarian distress, while explaining how the bhakts defends even the compulsion of selling “_pakoda_” as gainful employment and sees a hungry farmer feasting on lavish food.

Several other smaller videos dwell on Modi’s alleged failures and the RSS’s history and portray the Congress as the saviour.

These jingles and short films will be used on television and radio apart from social media. Sources said a new set of jingles would be released after the third phase of polling.