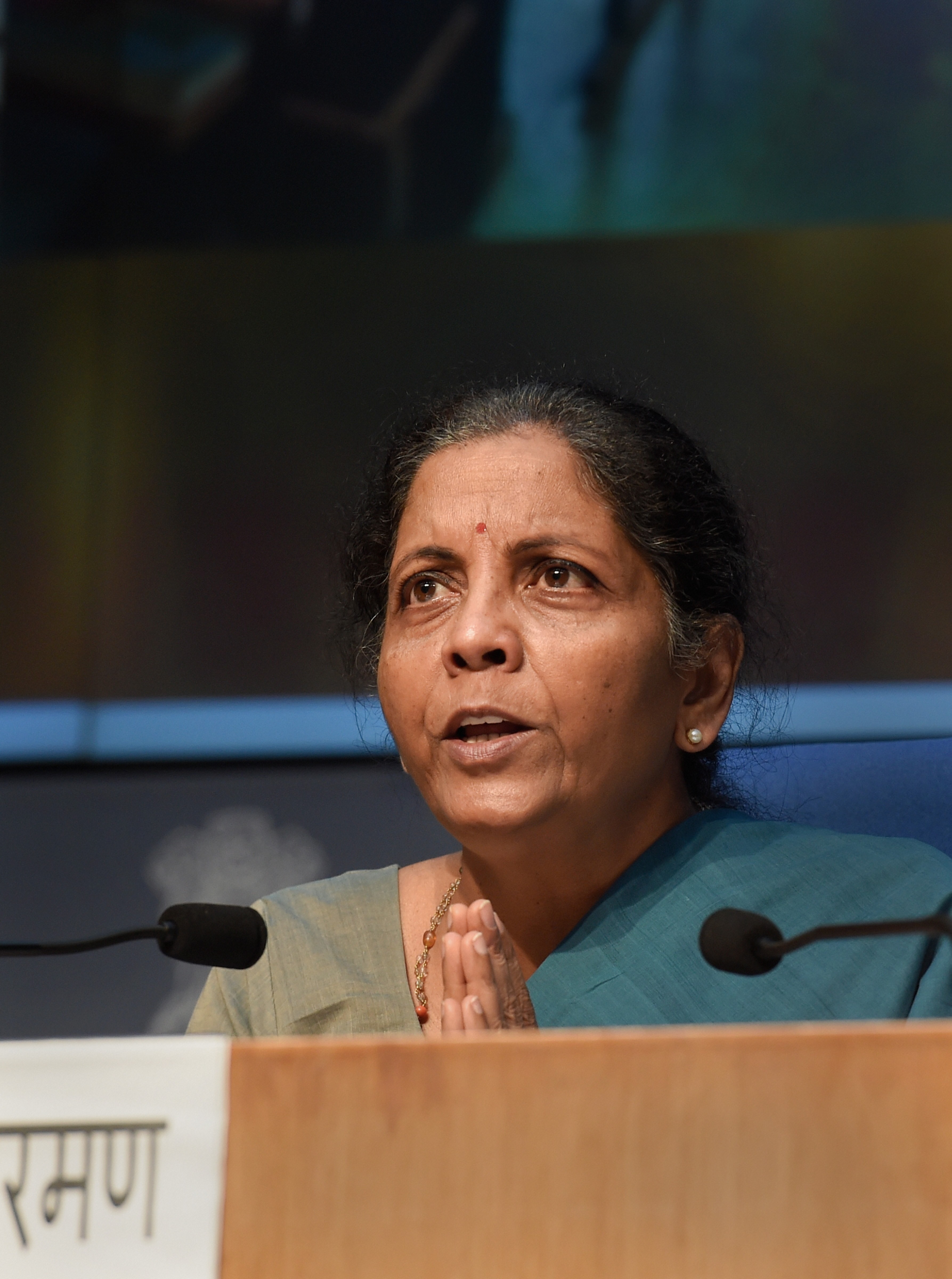 A string of Congress leaders on Monday castigated finance minister Nirmala Sitharaman for her dig at Rahul Gandhi’s meeting with a group of homebound migrants, appearing to signal the start of a political confrontation after a lull during the pandemic.

While Chhattisgarh chief minister Bhupesh Baghel accused the government of having “ruined the lives of millions”, his Punjab counterpart Amarinder Singh said Sitharaman’s comment was unbecoming of a senior minister.

The wife of a migrant worker injured in a protest in Ahmedabad on Monday. Police fired tear gas and rained lathis to disperse a crowd of migrant workers who had gathered on an Ahmedabad road to demand to be allowed to return home. Around 100 were detained, police said. Joint commissioner of police Amit Vishwakarma said the migrant workers from different states had been asking the local authorities for many days to send them back home. “Around 400 to 500 migrant workers live at the labour colony and work at a nearby construction site. They are demanding since long that they be sent back. When some of them gathered on the road on Monday over the same demand, the police asked them to go back and have patience,” he said. “However, they suddenly got angry and engaged in stone pelting. It was a sudden outburst... not directed at police.”
PTI
Advertisement

The concerted Congress response suggested that the chilling images of migrant workers’ sufferings had prompted the party to shed the restraint it had imposed on itself during the Covid-19 crisis.

Rahul had on Saturday met a group of migrants on a Delhi roadside and persuaded them to wait for Congress-arranged transport rather than continue walking home from Ambala in Haryana to Jhansi in Uttar Pradesh.

On Sunday, Sitharaman said: “What is this when people sit with migrant workers and talk? The workers’ time was wasted. He (Rahul) could have held their bags and talked to them while walking. Time barbad kiya…. To borrow the expression of Congress leaders, wasn’t this dramabazi (theatrics)?”

Baghel’s retort: “Samay barbad kar diya? Aapne lakhon logon ka jeevan barbad kiya (Wasted their time? You have ruined the lives of millions). You should be ashamed for giving the most hellish experience of their lives to the poor. The dreadful scenes we have seen all over the country for the last two months reflects your failures.”

“If what Sitharamanji means by ‘speaking responsibly’ is to ignore the sufferings of the migrant workers, then the Congress is not for it,” Gehlot said.

“Why can’t the government tolerate the positive role played by the Congress leadership? The finance minister should not have vitiated the atmosphere with her vulgar comment. But this is the BJP’s mindset. She must have been directed to make that statement.”

RISKY RIDE: Migrant labourers from Sahebganj, who were stranded in Odisha because of the lockdown, on their way home on a truck via HB Road in Ranchi on Monday.
Picture by Manob Chowdhary

Amarinder tweeted: “Comments by Nirmala Sitharaman were not becoming of a senior minister. Trains started a month late despite reminders from the Congress. We need to work together & focus on getting all stranded people home.

“We have already sent 170 trains with two lakh workers & will continue to do so.”

Gehlot said the pain of the distressed people walking hundreds of miles was unbearable and had embarrassed the nation before the world.

He urged the Centre and all the state governments to coordinate and facilitate the migrants’ travel home.

Asked to comment on Sitharaman’s remarks, Chidambaram said: “I’m sorry for her. Rahul Gandhi went to meet the migrant workers, why did the finance minister not try to meet them, understand their problem?”

He added: “Had Rahul Gandhi lifted one bag, as she suggested, would the miseries faced by the millions be addressed? What can Rahul do, he could have arranged transport for those people and he did. But what about the larger problem? There is no need to discuss such comments; you dignified that comment by asking the question and I dignified it by responding.”

Migrant workers, who were stuck in Karnataka and Andhra Pradesh because of the lockdown, arrive at Dhanbad station on Monday. As many as 1,303 migrants arrived on a special train from Bangalore at 6am while another train from Namburu in Guntur district of Andhra Pradesh brought 1,496 others around 8 in the morning. Senior district administrative officials, police and Railway Protection Force personnel welcomed the passengers with roses, food packets and packaged drinking water before sending them home in buses and vans.
Picture by Gautam Dey and Text by Praduman Choubey

Chidambaram said the migrant workers’ misery was a consequence of the government’s “complete mismanagement”.

“You give 3-4 hours’ notice for a countrywide lockdown. That was a monumental error. Many migrant workers wanted to go home. You should have allowed them to go and then ordered the lockdown,” he said.

“The situation became so chaotic. And look at what states like Karnataka did, they cancelled the trains. Are these workers slaves, bonded labour? Stop treating them as sub-human.”

Chidambaram flagged another looming problem: the migrant workers who have returned home would vie with the resident villagers for the same job opportunities under rural job scheme MGNREGA.

“At the moment, the MGNREGA is the only carrot the government has dangled before the migrant workers. Both sections will have to share the (opportunities),” he said.

“Right now, barely 40 to 50 days’ jobs are being given (against the 100 days’ work the scheme provides for each rural family in a year). If every worker doesn’t get 100 days’ work, it won’t be enough for people pushed into complete destitution.”

Chidambaram seemed to enjoy the way Prime Minister Narendra Modi’s words about the MGNREGA symbolising the Congress’s “monumental failure” had returned to haunt him.

“The MGNREGA is now his fallback position. It is the only safety net available with this government for the poor,” he said.