Congress to government: Tell the truth on China 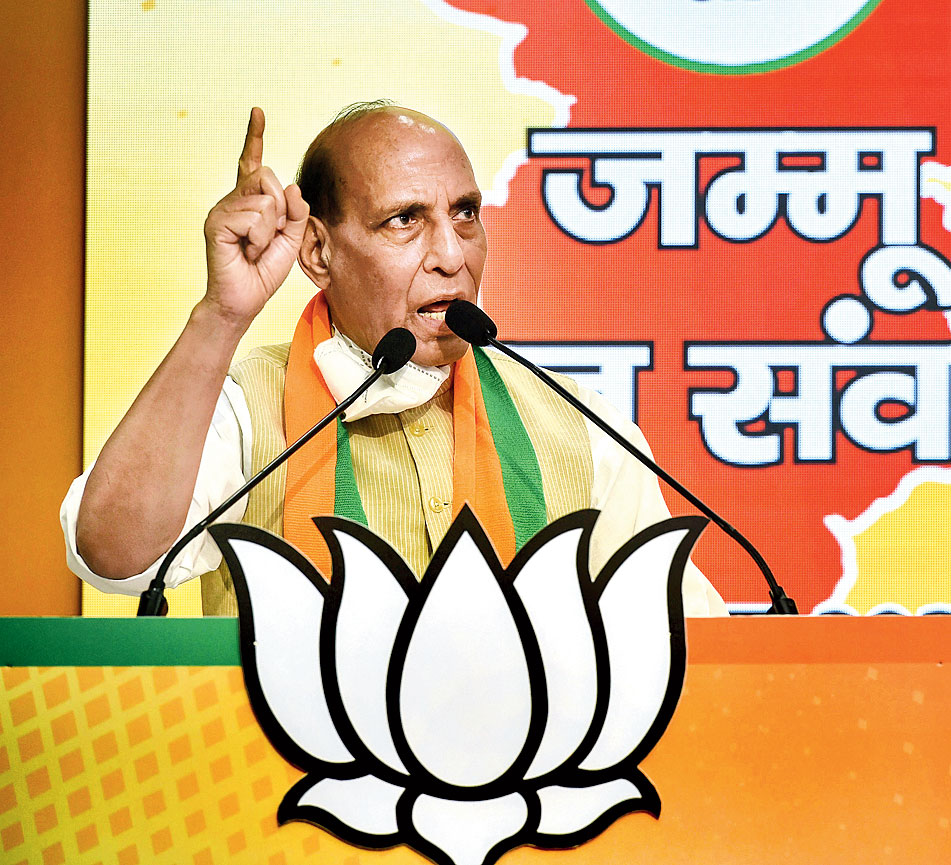 The Congress believes that the claims about significant disengagement on the border by Chinese troops are untrue and feels the government should not create a false complacency that could further embolden the aggressor.

Senior Congress leaders on Sunday said they didn’t want to say anything that could aggravate the situation, but one of them had a word of advice for the government.

“We have learnt from very credible sources in the defence establishment that the Chinese are acting tough and their troops are in no mood to pull back,” the politician told The Telegraph.

“We should not commit the mistake of creating an impression that India is happy with whatever little has been done.”

Both armies have since early May been locked in a face-off at several points along the Line of Actual Control in eastern Ladakh, with reports saying the Chinese have transgressed into Indian territory and pitched tents.

Congress leaders on Sunday said that everybody, including the government, knew that the status quo had been changed. They insisted that this couldn’t be accepted as the new normal.

“We are given to understand that (China’s) People’s Liberation Army has begun to cement its hold on the territory it has encroached on — said to be 40 to 60 square kilometres of land,” a Congress politician said, requesting anonymity.

“Some withdrawals have happened but that is not enough. Our soldiers are now not allowed to go into areas where they have been patrolling all along.”

India’s army chief, General M.M. Naravane, had on Saturday claimed the border situation was “under control” and that both sides “are disengaging in a phased manner”.

“We have started from the north, from the area of the Galwan river, where a lot of disengagement has happened,” he said.

Former home minister and Congress veteran P. Chidambaram on Sunday argued that this was an admission of Chinese transgression.

Asked by this newspaper about India’s claim of disengagement, he said: “Yesterday, the army chief indirectly admitted that Chinese troops were in Indian territory and not vice versa. Where is the question of Indian troops disengaging? The government must truthfully disclose where the Chinese troops were on May 5 and where they are today.”

His comments made it clear the Congress is not buying the vague clarifications and accounts of de-escalation being reported by some media outlets.

“The Modi government has adopted a mysterious silence on the forcible encroachment on our motherland by China,” he tweeted on Sunday.

“But the army chief has now admitted intrusion in clear terms. Will now the 56-inch (a reference to Prime Minister Narendra Modi) explain how and when he plans to liberate the Indian cliffs occupied by the Chinese troops?”

While Modi has not spoken a word on the subject, defence minister Rajnath Singh has vowed publicly not to compromise India’s prestige without explaining what exactly has happened on the border.

Rajnath had initially admitted that Chinese troops had come in significant numbers but later clarified there was no hint of intrusion.

Chidambaram stressed the gravity of the situation in his weekly newspaper column on Sunday.

“Galwan in Ladakh and Naku La in Sikkim have not, in the past, figured in any list of disputed or sensitive areas. China seems to have enlarged the areas of dispute.”

He added: “What could be considered as a peaceful resolution of the current dispute? India wants ‘restoration of status quo ante’ as on May 5. If that happens, it could be another Depsang (2013) moment. [I deliberately chose Depsang over Doklam (2017) and the defence establishment knows the reason.]

“China’s official position is that the situation is ‘stable and controllable’ which, in my view, is the opposite of status quo ante. China will be happy if the status quo is maintained substantially and not the restoration of status quo ante. Mark my words, the elephant and the dragon are staring at each other in Galwan, Hot Springs and Pangong Tso.”