Not too late to tell the truth: Cong 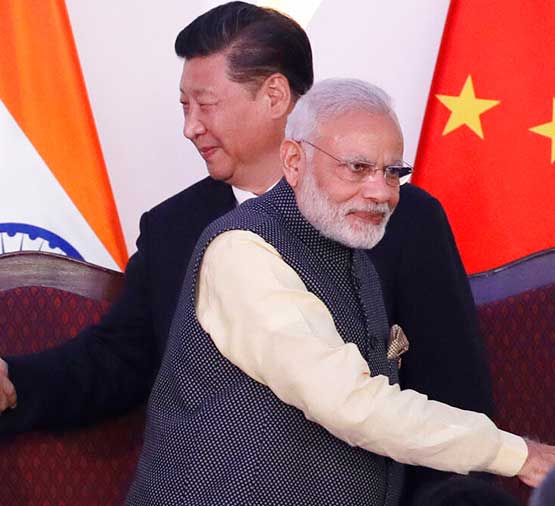 The Congress on Saturday said that Narendra Modi should not make statements that are not consistent with the facts as this would break the people’s trust in the institution of the Prime Minister.
“People believe what the Prime Minister says. What if they found out that the statement is not consistent with facts? People’s trust will be broken,” Congress spokesperson Kapil Sibal said at a media conference.
“The office of the Prime Minister gets diminished. Your own stature is diminished.”
Sibal said that Modi’s June 19 remark that “no one has intruded into our territory” was not consistent with facts.
“We don’t want a situation where the Prime Minister’s credibility is in doubt. We want the people, political parties, soldiers… to trust the Prime Minister. It is not too late for the Prime Minister to retract his ill-advised misstatements. When India’s security is in issue, no Prime Minister should hesitate to state facts to build trust,” he said.
“The Prime Minister should address the nation and tell the truth that the Chinese have encroached upon our land. The Prime Minister should publicly condemn China. He should declare we will throw them out. We will support him. The entire nation will support him. Otherwise the Chinese will use his statement to their advantage, which will hurt us in persuading our friends globally.”
Sibal’s fellow Congress leader and former Union minister, Jairam Ramesh, too posted a tweet accusing Modi of making statements on the basis of unverified information, although he did not name the Prime Minister.
“No limit to brazen lies of Jagadguru of Jhooth. Nehru made a statement in Parliament on Feb 15, 1954 on Kumbh Mela tragedy where about 400 died & 2000 were injured in a stampede. But JoJ (Jagadguru of Jhooth) says ‘saikron hazaar’ & lies Nehru hushed it up when there was a high-level judicial inquiry!” Ramesh tweeted.
Modi had on Friday said “saikron hazaar (hundreds of thousands)” had died in a Kumbh stampede “when the Prime Minister was from Allahabad”.
He had added: “The government of the day channelled all its energy into hiding the number of deaths.”
Modi mentioned neither Jawaharlal Nehru, who was born in Allahabad, nor the date of the stampede. Nehru was Prime Minister and MP from Phulpur in Allahabad district when, on February 3, 1954, a stampede killed hundreds at the Allahabad Kumbh.
Newspaper reports from the time variously put the death toll between 500 and 1,000.
Modi had hurled the same allegation at an election rally in Kaushambi in May last year, saying: “When Pandit Jawaharlal Nehru was Prime Minister, thousands of people were killed in the Kumbh stampede in Allahabad. But to protect the image of the government and to spare Nehru, the media, too, suppressed the news.
“The names of the stampede victims’ families were never mentioned and not a single rupee was given to them (as compensation).... This was insensitivity and this sin was committed by the country’s first Prime Minister.”
Ramesh on Saturday posted Nehru’s statement on the tragedy from parliamentary records, in which the
then Prime Minister had expressed “deep sympathy and sorrow” but declined to discuss details because an inquiry was on.
While the Congress has in the past six years cited many instances of Modi’s public statements being at odds with known facts, his denial of the Chinese intrusion has had serious repercussions with China using it to vindicate its position.
The government has since then dropped several hints about Chinese incursion into Indian territory but the Prime Minister hasn’t amended his statement.