'The National Commission for Women should question him' 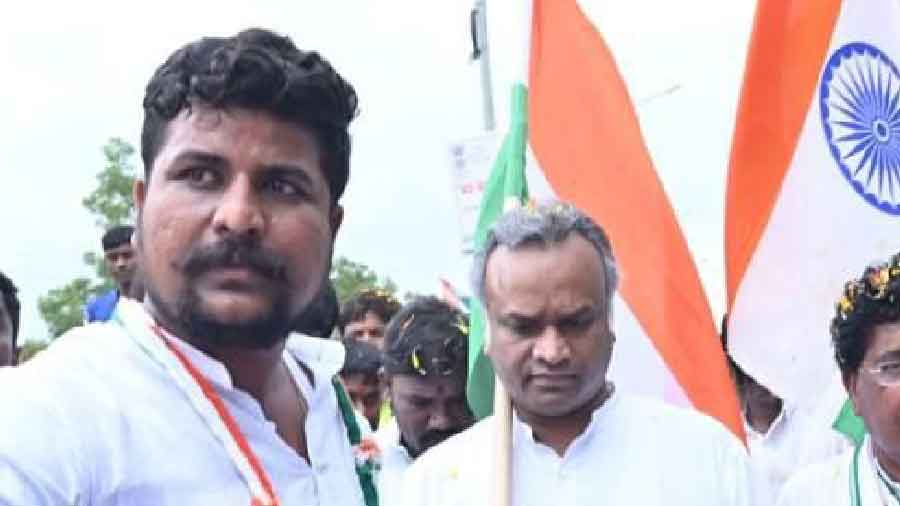 The BJP on Saturday asked the Congress to "reprimand" its Karnataka leader Priyank Kharge for his "demeaning" remarks suggesting that women in the state have to give sexual favours for getting jobs.

"If a woman from Karnataka wants a job, she will have to get on to the couch and men can land a job only by paying a bribe," Kharge, the son of Congress stalwart Mallikarjun Kharge, had alleged hitting out at the BJP dispensation in Karnataka.

"The National Commission for Women should question him," he said.

Noting that the Congress is headed by a woman leader, he said that Sonia Gandhi and Priyanka Gandhi Vadra should reprimand him for making such an "abhorrent" remark.

The BJP government in Karnataka has become a "Lancha-Mancha Sarkara" (bribe and couch government), Kharge, a former state minister, had said in Kannada at a press conference on Friday.

He was referring to Ramesh Jarkiholi's resignation as Water Resources Minister over his alleged involvement in a sex-for-job scandal.

Another BJP MLA K S Eshwarappresigned as minister after a civil contractor died by suicide alleging that the former had demanded 40 per cent commission for execution of public work.

The state BJP also hit back at Kharge, saying he should first look inside his party.

"The stories of the colourful nightlife of the Congress leaders are not mere hearsay. There are many secret CDs available," it tweeted.