Perarivalan, a 19-year-old at the time of the May 1991 blast, was accused of providing the batteries that were used to detonate an explosive-laden belt by a suicide bomber 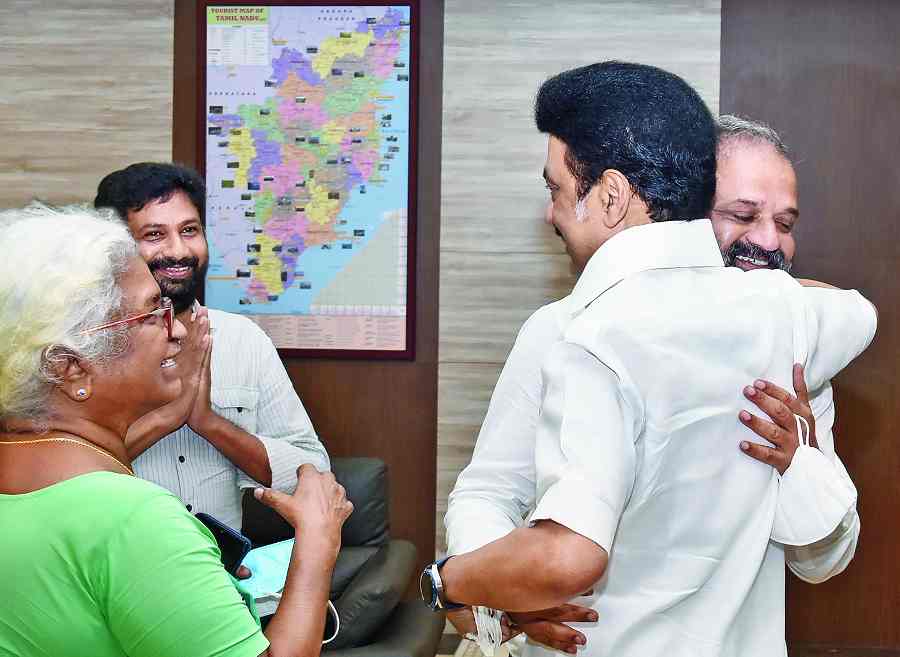 The Congress on Wednesday said it was “deeply saddened” over the Supreme Court order releasing A.G. Perarivalan, a Rajiv Gandhi assassination convict, but ally DMK hailed the development.

“A convict serving a life term in the serious case of a former Prime Minister’s murder cannot be set free just like that,” Congress communications chief Randeep Surjewala said, asking the BJP to answer whether it had facilitated the release in an underhand way.

Asked why the Congress was objecting when Sonia Gandhi and Rahul Gandhi had already said they had no ill-will towards the convicts, Surjewala said: “That is their personal opinion. They believe in the philosophy of Gandhi and Buddha. They believe in forgiveness. But the country will be run by law.

“Thousands of Congressmen think differently. They are shocked that the former Prime Minister’s killers are walking free.”

He added: “If it has been accepted in principle that convicts who have spent a certain number of years in prison will be freed, why not release the thousands of others who are in jail? Many of them are Tamil. Let the central government clearly articulate its position.”

Surjewala recalled that the then AIADMK-BJP state government had in 2018 recommended the release of all seven people convicted in the assassination case.
“The recommendation was sent to then governor Banwarilal Purohit. He referred the matter to President Ram Nath Kovind. He also did not take a decision. By default, the convict is released by the Supreme Court,” he said.

“We are deeply saddened by the court’s decision. The Modi government needs to answer: Is this your duplicity and double-speak on terrorism? Is your silence acquiescence?
“Did the BJP facilitate the release as the governor was appointed by the Modi government? Rajiv Gandhi was not only a Congress leader but the Prime Minister of India. It is reprehensible and condemnable.”

The DMK and other Tamil Nadu parties have consistently favoured the release of all the convicts. DMK leader and Tamil Nadu chief minister M.K. Stalin welcomed the Supreme Court order and said it could find a place in the “justice-law-political-administrative history”.

Stalin congratulated Perarivalan and tweeted about him “breathing the air of liberation after more than 30 years of imprisonment”.

Perarivalan, a 19-year-old at the time of the May 1991 assassination, was accused of providing the batteries that were used to detonate an explosive-laden belt by a suicide bomber to assassinate Rajiv.