The issues identified by the Opposition party are the Chinese incursions, the economy, unemployment, Covid-19 and the lockdown 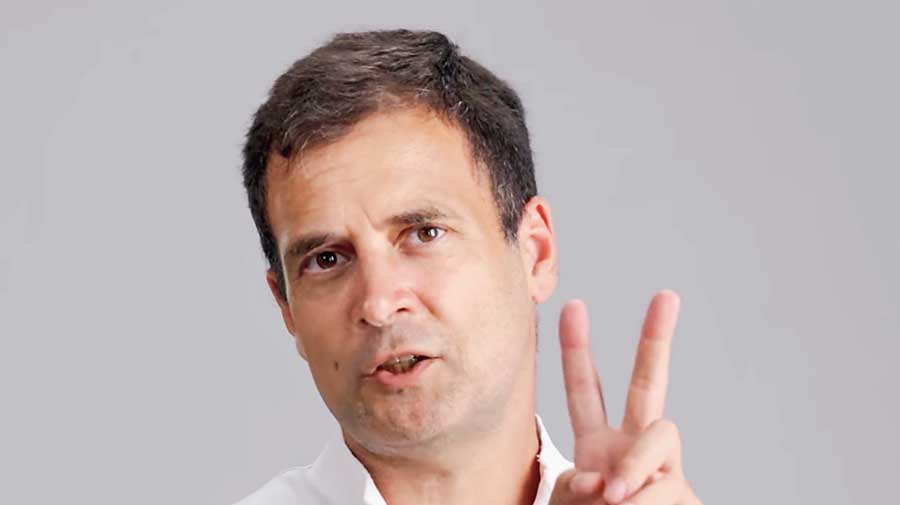 The Congress leadership believes Prime Minister Narendra Modi has pushed India into a deep crisis with Rahul Gandhi likening him to the captain of the Titanic, the ship that broke into pieces after hitting an iceberg.

At a meeting called by Sonia Gandhi on Tuesday to discuss parliamentary strategy for the session beginning on September 14, there was a consensus among senior leaders that the government’s mismanagement and the constant denial of the gravity of the situation on multiple fronts — from the economy to Chinese intrusions — had created a frightening scenario at a time when people were grappling with the pandemic. It was decided that the Congress would forcefully raise these issues in both Houses of Parliament.

Although the government hasn’t yet engaged with the Opposition on the question of the Chinese incursions, and most parties have avoided confronting the Prime Minister on the issue, the Congress has placed it on top priority, deciding to seek answers on every aspect of the disturbing development.

The Congress does not intend to settle for anything less than a full-fledged discussion on the Chinese incursions where the Prime Minister himself must reply to questions.

The other issues identified by the Opposition party are the economy, unemployment, Covid-19 and the lockdown.

Rahul, like most other leaders present at the meeting, feels these have together created a frightening scenario, and drew a parallel with the Titanic. He is believed to have said that these issues will explode suddenly one day, no matter how forcefully the government and the media tries to divert the nation’s attention, just like the Titanic had crumbled after hitting the iceberg.

Rahul, who has been attacking the government relentlessly over the past few months, again tweeted on Tuesday on the planned “sale” of public sector units and the mishandling of the Covid-19 pandemic.

“Due to Modi government’s gross mismanagement of Covid: 1. India’s total cases world’s 2nd highest. 2. India’s weekend tally higher than US & Brazil put together. 3. On Sunday, India’s share was 40% of total cases worldwide. 4. No flattening of curve. Stay safe everyone,” the Congress MP tweeted.

In another tweet, Rahul said: “Modi is running a campaign to sell government companies. The country’s assets are being sold bit by bit to make up for the economic crisis manufactured by his wrong policies. By ignoring the people’s trust and future, the plan to sell Life Insurance Corporation (LIC) is yet another shameful attempt.”

Rahul argued at Tuesday’s meeting that Modi can’t only be told what he wants to hear and that it is the duty of the Congress to force the government to address the real concerns hurting the people.

The senior leaders concurred with him on the seriousness of the crisis and resolved to raise every issue with vigour. Apart from the members of the parliamentary strategy committee, Mallikarjun Kharge, A.K. Antony and Manish Tewari also participated.

The so-called dissenters who had written to Sonia on the drift in the party — Ghulam Nabi Azad and Anand Sharma, apart from Tewari — also spoke at the meeting. Sources said the atmosphere was normal.

The Congress also decided to field a joint Opposition candidate for the post of deputy chairman in the Rajya Sabha and oppose four ordinances on farm produce and banking regulations.