Messaging platforms will now be required to provide access to encrypted messages, which would break privacy protections 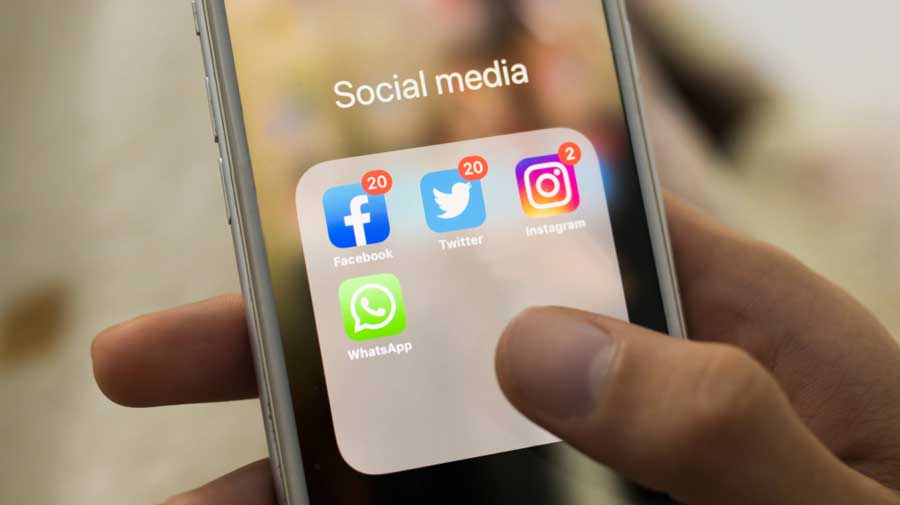 Arguing that the Modi government should be the new go-to place for all dictators to hone their skills in controlling free speech and thought, Congress spokesperson and constitutional lawyer Abhishek Manu Singhvi said the new rules struck at the concept of encryption, which is the technological backbone of privacy.
Shutterstock
Sanjay K. Jha   |   New Delhi   |   Published 27.05.21, 12:54 AM

The Congress on Wednesday said dictatorial regimes would blush at the brazenness with which the Narendra Modi government was trying to crush citizens’ freedom by enforcing new rules for social media that have invited allegations of political censorship.

Messaging platforms will be required to provide access to encrypted messages, which would break privacy protections. On Wednesday, WhatsApp filed a lawsuit in Delhi High Court challenging the new digital rules.

According to the new rules, the three-month deadline for compliance with which ended on Wednesday, social media platforms operating in India would have to appoint a resident grievance officer, a chief compliance officer and a nodal contact person. The rules require large social media platforms — those with more than 50 lakh registered users such as Twitter, Facebook, Instagram and WhatsApp — to do “additional due diligence”. The platforms will also now be required to have a physical contact address in India.

Arguing that the Modi government should be the new go-to place for all dictators to hone their skills in controlling free speech and thought, Congress spokesperson and constitutional lawyer Abhishek Manu Singhvi said the new rules struck at the concept of encryption, which is the technological backbone of privacy.

“This is particularly true of messaging apps, the most important subset of social media and digital platforms,” he said.

Singhvi said the committee that would monitor content would become the “Big Daddy of control”, acting like social media police, “a digital thana” working under the information technology ministry.

His argument was that giving such powers to a regime that slapped sedition charges on people speaking about oxygen crisis during the pandemic, arrested people for putting up posters critical of the Prime Minister and hauled up journalists for negative coverage would strangulate free speech.

Lamenting that the government had refused to modify the rules despite unanimous condemnation from all segments of civil and political society, Singhvi said: “The heart and soul of their highly objectionable approach was reflected in Rule 4, which obliges all social media platforms to identify the first originator of the information (in a message) if so directed by the government.

“This introduces the requirement of traceability that would break end-to-end encryption. It should be noted that even previous proposals that seek to implement traceability in a manner which is supposedly compatible with end-to-end encryption have been shown to be vulnerable to spoofing where bad actors can falsely modify the originator information to frame an innocent person.”

Singhvi said the grounds for such directions had deliberately been kept vague. The rules says that the government may ask social media platforms for the originator of a message “for the purposes of prevention, detection, investigation, prosecution or punishment of an offence related to the sovereignty and integrity of India, the security of the State, friendly relations with foreign States, or public order”.

Singhvi said: “Under Clause 3 (d), all platforms have to remove any content deemed objectionable by an application, not by any court, but by the ministry (with) such broad thresholds…. Under Clause 3(b) (i), the government can command the platform to remove any data on the basis of such utterly broad words like ‘belongs to another person and to which the user does not have any right’. WhatsApp forwards of research or analysis to groups could be stopped under this deliberately overbroad definition.”

Pointing out that countless sedition cases had been initiated against citizens for criticising the Prime Minister, Singhvi said: “Any infraction of the rules would… take away the protection given by the parent act…, which exempts the intermediary social media platforms from direct punishment and consequently, any mischievous application… would directly make the social media platform liable for third-party content over which they have no control. The government has forgotten all the safeguards and protections accorded to social media in the landmark Shreya Singhal case.”

The Congress leader asserted that the rules also violate the principles of privacy elaborated in the Puttaswamy judgment of a nine-judge bench of the Supreme Court in 2017. The court had held that the right to privacy is protected as a fundamental right under Articles 14, 19 and 21 of the Constitution.

“If this ‘Big Daddy’ does not agree with the self-regulation done by the social media platform itself at Level-1 or disagrees with the decision of the self-regulation institutional body at Level-2, Rules 13 and 14 allow an inter-departmental government committee to make recommendations overruling the Level-1 and Level-2 decisions, exercising direct content censorship and empowering itself to direct that content of any person or sender or publisher to be blocked…,” Singhvi said.