'I support the decision to abrogate Article 370…. My party has lost its way; it is not the same Congress that it used to be' 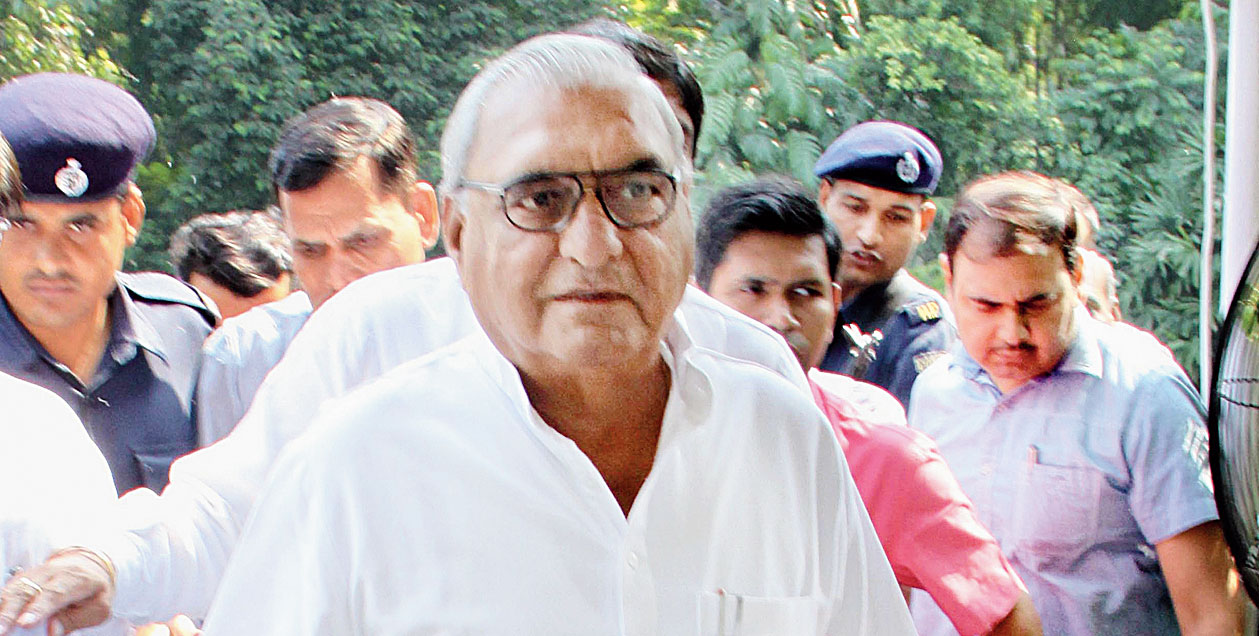 Former Haryana chief minister Bhupinder Singh Hooda might have finally burnt his bridges with the Congress through his public condemnation of the central leadership on the question of Kashmir, an act that is being seen as more than an expression of dissent.

Hooda said at a public rally in Rohtak on Sunday: “I was born in a patriotic family. I cannot compromise with anyone on the question of patriotism. I support the decision to abrogate Article 370…. My party has lost its way; it is not the same Congress that it used to be.”

Expressing his willingness to confront those in the party who opposed the Narendra Modi government’s decision to scrap Article 370, Hooda declared: “Asoolon par agar aanch aaye to takrana zaroori hai (If principles are in peril, one must fight).”

His son Deepender Hooda, a former Lok Sabha MP, had also supported the Modi government’s decision before the Congress Working Committee (CWC) declared its unambiguous position on the subject.

That Hooda was on a rebellious path was known to all but he still enjoyed the patronage of a powerful lobby. But Hooda has now crossed the line by arguing that the party’s stand on Article 370 was not patriotic. This has angered the majority of Congress leaders and silenced the lobby that patronised him.

One senior leader told The Telegraph: “What Hooda has suggested is that his patriotic credentials are stronger than that of the… rest of the Congress. By arguing that the party has lost its way, he questioned the political acumen of the CWC. It was explicitly explained at the CWC meeting that principles cannot be sacrificed for electoral gains. If he still chose to take that position, he should have shown the courage to leave the Congress. He is still blackmailing and the high command should now call his bluff.”

Another leader said: “It is fine if you have a different point of view on a subject. But you can’t question the patriotism of our leadership…. It is he who has chosen to ignore the undemocratic bulldozing by the Modi government and the misery of the Kashmiri people. If the Congress leadership yields even an inch to this blackmail, the party will be finished.”

Hooda was mounting pressure on the leadership to make him president of the Haryana unit. The high command had made up its mind to remove the incumbent, Ashok Tanwar, but was working on a formula to strike a balance between different factions.

The Hoodas were expected to get an important role. The dominant view in the party now is that the father andson should be tackled with an iron handand a firm message sent across the country that such blackmail would not be tolerated.

The central leadership maintained complete silence on Monday but appeared reconciled to a split in Haryana — the Hoodas may break away with 10 to 13 MLAs and float their own outfit.

The concern now is to keep the flock together and motivate other senior leaders like Randeep Surjewala, Kumari Selja, Kiran Chowdhary, Kuldeep Bishnoi to gear up for a fresh beginning without the Hoodas. The party knows it will not be able to win the Assembly election and has decided to evolve a survival strategy instead of an election-oriented approach.