Advertisement
Home / India / Cong didn't respond to Sena's pre-poll alliance plan in Goa, it is to be blamed if BJP wins: Raut

Cong didn't respond to Sena's pre-poll alliance plan in Goa, it is to be blamed if BJP wins: Raut

His party will jointly contest with the Sharad Pawar-led NCP 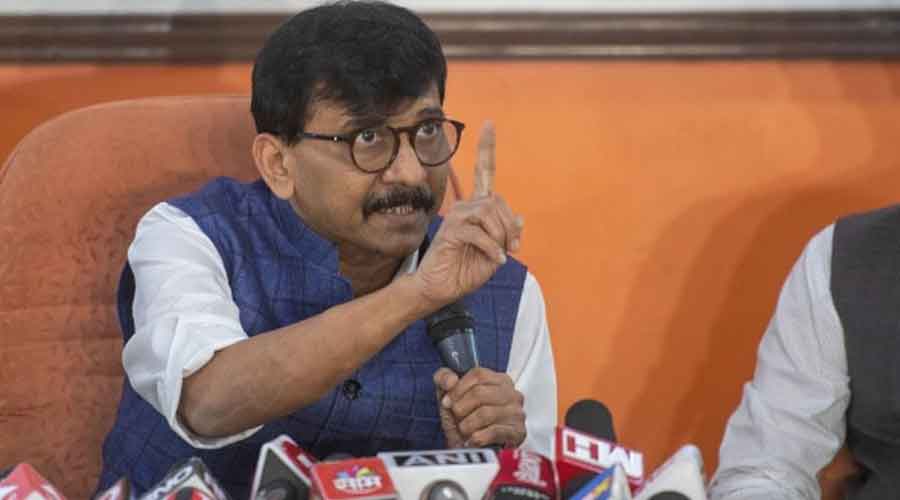 Shiv Sena leader Sanjay Raut on Friday said that he agrees to the view expressed by the Trinamul Congress (TMC) that the Congress should be held responsible if the BJP wins the next month's Goa Assembly elections and continues to occupy power in the state.

He said that although the Sena had presented a proposal to the Congress to form a pre-poll alliance along with the Nationalist Congress Party (NCP) and the Goa Forward Party (GFP), the grand old party did not respond to its plan.

Raut was talking to reporters after announcing the party's first list of nine candidates for the February 14 assembly elections, which it will be jointly contesting with the Sharad Pawar-led NCP. Goa has a total of 40 assembly seats.

TMC leader Abhishek Banerjee had on Thursday said that if the Congress fails to dislodge the BJP from power in Goa, the Congress' state in-charge P Chidambaram should take the responsibility and resign. He said the TMC had approached Chidambaram with a formal offer for pre-poll alliance, but nothing happened in that direction.

"I agree with the comments of Abhishek Banerjee. We had also tried to hold talks with Congress. We had held a meeting with (Congress leaders) Dinesh Gundu Rao, Digambar Kamat and Girish Chodankar with the proposal that Congress, NCP, GFP and Sena should form an alliance," he said.

Raut, however, said that Chidambaram should not be held responsible as he was only executing the decisions taken by his party's high command.

"Shiv Sena had presented the proposal before Congress as per which the Sonia Gandhi-led party would contest 30 seats, while the rest of the 10 seats could be distributed amongst the alliance partners, including NCP, Sena and GFP. These are the 10 seats in Goa, where Congress has never won," he said.

But the Congress did not respond to that proposal, he said, adding that the party should introspect.

The Sena's list of first nine candidates include its state unit chief Jitesh Kamat, who will contest from Mapusa constituency.

"Our party has a clean image. It will create a history in Goa in this election," the Sena's Rajya Sabha member said.

The Sena will create an "unblemished" history as it will not offer tickets to any tainted persons like land mafia or terrorists, he said.

Another prominent candidate of the Sena is Shailendra Velingkar, son of former Goa RSS chief Subhash Velingkar, who will fight from the Panaji assembly constituency.

Raut said that his party was ready to support Utpal Parrikar, son of former Goa chief minister late Manohar Parrikar, if he contests as an independent.

Utpal Parrikar was denied a ticket by the BJP from the Panaji seat, although he had expressed a desire to contest as its candidate from that constituency.

"If we support Utpal, we will also take an assurance from him that he would not support the BJP if it is voted to power," he said.

The electoral battle for Goa has become multi-cornered with the entry of Mamata Banerjee-led TMC and aggressive campaigning by the Aam Aadmi Party (AAP).

So far, poll tie-ups were forged between the regional Maharashtrawadi Gomantak Party (MGP) and TMC, and between the Congress and the GFP.

In the 2017 elections, the Congress had emerged as the single-largest party in Goa by winning 17 seats in the 40-member House, but could not come to power as the BJP, which bagged 13, allied with some independents and regional parties to form the government.