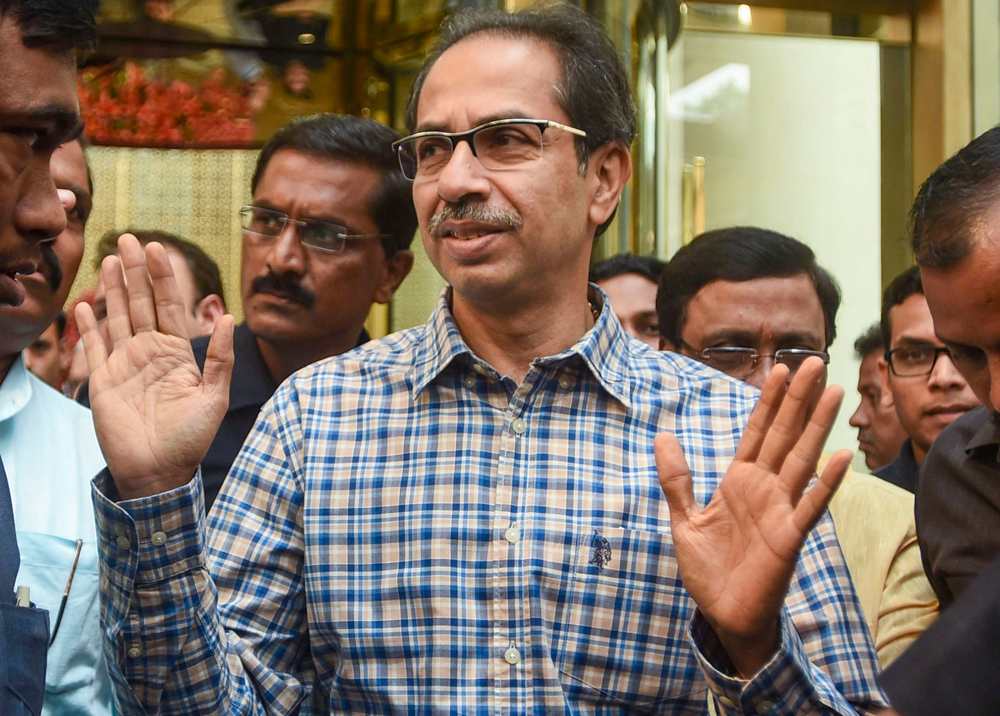 The Congress, NCP and the Shiv Sena have broadly agreed on the roadmap for installing a coalition government, hoping to approach the Maharashtra governor with signatures of all the legislators over the next few days.

Sources said the hurdles had been cleared and the Shiv Sena was amenable to addressing some of the key concerns of the Congress-NCP but the nitty-gritty of the common minimum programme (CMP) was yet to be worked out.

The signal for an “in-principle” agreement on forming the government together came from all sides after the meetings of Congress-NCP leaders with Sena chief Uddhav Thackeray.

Sources said Uddhav met Ahmed Patel to discuss the main issues late on Tuesday night. Structured meetings started on Wednesday to complete the process of shaping the contours of the ministry and the CMP at the earliest.

The Congress and the NCP have constituted teams to carry forward the discussions. One leader hinted that the governor could be approached within a week.

While Congress MLAs, who moved from Jaipur to Mumbai on Wednesday afternoon, were always very keen to participate in the government, sources indicated that even the high command was yielding to the pressure.

“If the CMP adopts a moderate and a progressive agenda, with the Sena agreeing to set aside contentious ideological issues, what is the problem in joining the government? Our understanding now is that all the three parties will have an equal number of ministers,” a senior Congress leader told The Telegraph from Mumbai.

The Congress is not seeking the chief minister’s post. The NCP is interested in leading the government on a rotational basis for half of the five-year term.

Two views still exist about the participation of the Congress in the government but the party is keen to appoint one of its MLAs as the Speaker. The Sena will have to nominate a senior person for the post of chief minister if Uddhav himself does not accept the responsibility.

Uddhav said after the meeting: “Everything is going fine. Talks are on in the right direction and a decision will be announced at an appropriate time.”

Congress leaders said the meeting was held in a “cordial atmosphere”, contending that the fact that such a meeting took place to discuss the CMP was itself a positive development.

NCP leader Ajit Pawar also asserted that the talks were moving in the right direction and dropped more substantive hints. “Top leaders from the Congress and the NCP — Ahmed Patel and Pawar saheb — cleared all the confusion at a joint press conference held on Tuesday evening. Shiv Sena chief Uddhav Thackeray too clarified his stand on talks with the Congress and the NCP immediately after that. I think everything is very clear about an alliance among all the three parties.”

He added: “The Congress and NCP are allies and thus an understanding between us is important. We will first discuss the common minimum programme and sharing of important positions, get it cleared from the leadership of both the parties and then will start discussions with the Shiv Sena.”

The three parties, he said, had also worked out a plan to counter defectors. This was in response to BJP leader Narayan Rane’s claim of getting 145 MLAs to form the government.

Pawar said: “No MLA will leave their respective parties at this point of time. Despite that, if an MLA decides to take such a step, we have decided that all three parties (the Congress, NCP and the Sena) will come together and field a joint candidate against him/her in the bypolls. If the three parties come together, then no MLA will get re-elected.”