While restructuring of the organisational machinery hasn’t triggered any positive change, the dominant opinion is that the revival process cannot be initiated without a full-fledged party president 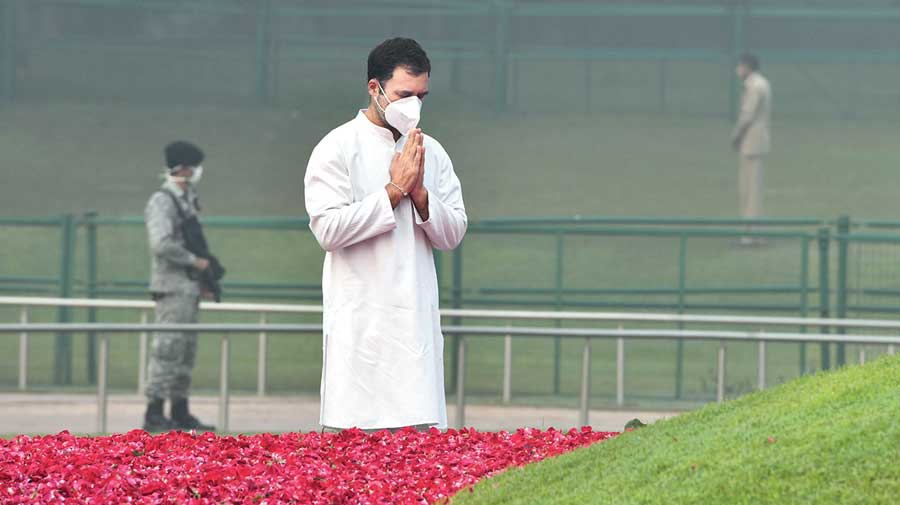 The Congress’s disastrous performance in Bihar has not only allowed the BJP-JDU to retain power in the state but has also given a fresh lease of life to the forces within the party that lament that nothing was done to revitalise the organisation after the humiliating defeat in the 2019 parliamentary elections.

“It is obvious we are adrift,” was the terse reply of a senior leader who painted gloomy prospects for the Congress despite what he described as a “pathetic performance” by the Narendra Modi government over the past year.

“Modi dragged India into economic recession for the first time in post-Independence history but we are in political recession for too long now,” he added, conceding that leadership crisis was one of the critical factors behind the Congress’s slide.

While the restructuring of the organisational machinery hasn’t triggered any positive change, the dominant opinion is that the revival process cannot be initiated without a full-fledged party president. The process has been set in motion and a new president is expected within the next two-three months but the Bihar performance has swivelled the focus on the wasted year-and-a-half after the Lok Sabha polls in May 2019.

The unpleasant Bihar election outcome has given credence to the stand taken by “Group-23” — comprising leaders who wrote to party chief Sonia Gandhi about the state of affairs in the Congress and were sidelined after that.

These leaders are now asking if demanding sincere efforts to strengthen the party was wrong and insisting that heightened social media activity wasn’t a substitute for political action.

Asked about the Bihar elections, one of these 23 leaders said: “We were not consulted. We were not told to campaign or give inputs. We know only what we read in the media.”

While Sonia’s long-time aide Ahmed Patel used to act as a bridge, talking to these leaders in his efforts to unite the party, the communication has completely halted because of his illness.

Patel came down with Covid-19 and later developed complications, prolonging his stay in hospital. None of these 23 leaders are now even asked to brief the media. Sources said those close to Ghulam Nabi Azad were not even given tickets in the Jammu and Kashmir panchayat elections.

These leaders haven’t met recently as Azad is also not keeping well but appear to have lost interest in carrying on the fight.

Demonstrating a sense of resignation, one leader said: “If they want to destroy the party, how can we help? The quest for unity can’t be one-sided. There has to be a unity of purpose before you attempt to forge unity. Despite Sonia Gandhi promising no discrimination, we see a clear attempt to humiliate those who raised questions.”

Another senior leader who was not part of Group-23 said: “We are witness to a sad spectacle — a new clique has taken over and there is no attempt to forge solidarity despite this grave crisis. The sentiment is negative, it appears the new group is determined to push the entrenched forces out.

“I can tell you this is a destructive path. Sonia Gandhi should intervene and take everybody along. There is no denying the fact that the BJP is still the dominant force in the country because of our weaknesses.”

The leader added: “Look at Tejashwi (Prasad Yadav), he gave a massive jolt to them because the BJP-JDU combine was so vulnerable. Anybody rising in any state will be able to rattle the BJP. The Congress alone can do this at the national level and we don’t even have a leader.”

Referring to former US President Barack Obama’s unpalatable observations on Rahul in his memoir, the leader said: “Rahul Gandhi has done irreparable harm to his own leadership. You just can’t leave the driver’s seat and continue to drive from the back seat. If Barack Obama today says something, all these vacillations might have contributed to such impressions.”

Many leaders are pointing to the absence of a membership drive before the election of the new president.

“Ten crore new voters have been added since our last organisational election. The focus is on changing the membership list to enhance their (existing players’) dominance instead of enrolling new members. Organisations aren’t strengthened by fraud,” a former general secretary said, arguing that the present state of affairs doesn’t inspire confidence for a revival.