The Congress has so far nominated 305 Lok Sabha candidates 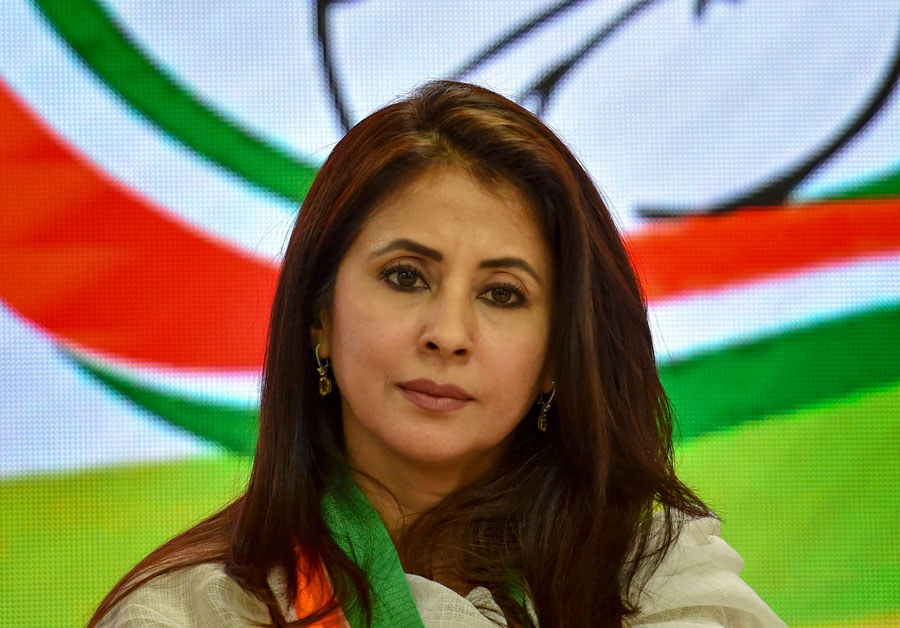 The party renominated its sitting MP Ranjet Ranjan from Supaul in Bihar, as it released a list of another 12 candidates for the general elections. It also changed its candidate in Uttar Pradesh's Maharajganj by now fielding Supriya Shrinate in place of Tanushree Tripathi.

With this list, the Congress has so far nominated 305 Lok Sabha candidates.

'The Congress central election committee has approved the candidature of Urmila Matondkar as party candidate to contest the ensuing general elections from Mumbai North parliamentary constituency in Maharashtra,' a party statement said.

Matondkar had joined the Congress after meeting Rahul Gandhi on Wednesday and had later said that she was 'here to stay'.

Meira Kumar has been contesting from her Sasaram parliamentary constituency for many years but had lost in the 2014 Lok Sabha polls.

Apart from Supriya Shrinate, in the list of 12 candidates released by the party, four are from Bihar and seven from Odisha. The Congress also released a list of 20 candidates for Odisha assembly election.