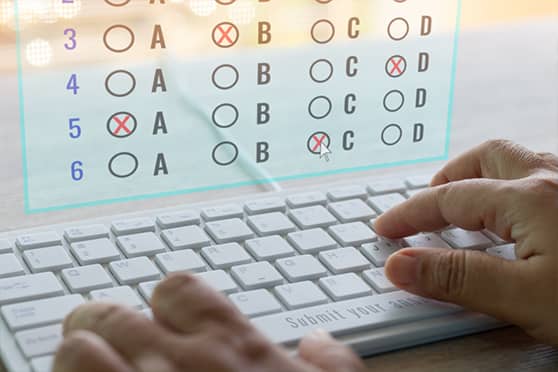 Several Common University Entrance Test (CUET)-UG aspirants have claimed that the exam dates mentioned on their admit cards have already passed while the date intimated to them earlier was different.

The National Testing Agency (NTA), which is responsible for conducting the exam, has appealed to the candidates not to panic and stick to the dates which they have been informed and their admit cards will reflect the correct dates soon.

The debut edition of CUET, which has been split into six phases, has been marred by glitches so far causing exam cancellations at multiple centres and postponement of exams for several candidates.

However, the rescheduling of the exam for several candidates and attempts to accommodate the choice of city for exam centre, has left students a worried lot as their admit cards and city intimation slips are mentioning different dates.

The students have been reaching out to the NTA and the University Grants Commission (UGC) requesting for another chance to appear in the examination.

Yuvraj Singh Chauhan from Jodhpur in Rajasthan was intimated that his exam is scheduled on August 10. When he downloaded his admit card on August 7, he was shocked to see that his exam date was August 6 which had already passed.

"The admit cards are not available much ahead of the exam and only city intimation slips. Even if the exam date has been changed some intimation should be given. My exam date has already passed and I have been emailing NTA about the problem requesting for a retest but I haven't heard from them yet," he said.

Atulsen Singh Yadav from Balrampur in Uttar Pradesh has the same grievance.

"My exam was rescheduled on August 30 because I retained my intimated city (Balrampur) but today when I download the admit card then the exam date mentioned is August 17, which is already over," he said.

According to UGC Chairman M Jagadesh Kumar, the students with grievances need to write to the NTA with their application number.

"After verification, NTA will take a decision on permitting them to write a retest," he told PTI.

Joshi said the agency is evaluating all individual grievances and those with valid concerns will get a chance for retest on August 30.

The fifth phase of the crucial exam, which is gateway for undergraduate admissions in central universities across the country, began on Sunday.

Nikhil R Mishra, a CUET aspirant from Bihar, was surprised to see his admit card as not only the exam date mentioned in the city intimation slip had changed but also his allotted city, which was five hours away from the one intimated before.

"If we will keep worrying about this, how will we study and prepare for the exam? How can one focus amid such chaos?" he said.

Raunak Patkar from Kanpur received an email on August 6 informing him that his exam is in the second shift on the same day.

However, till a day before his admit card wasn't available for download and the date intimated to him before was different.

The UGC chairman had earlier said the exam has been cancelled at several centres following reports of "sabotage".