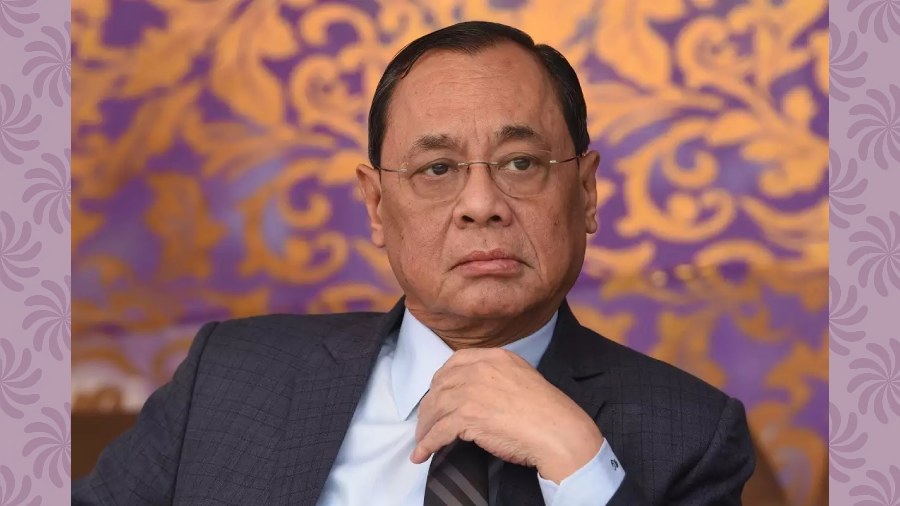 The Supreme Court on Friday reserved its verdict on an RTI plea relating to the collegium’s purported and unexplained change of heart on elevating two high court chief justices to the apex court four years ago.

The matter could become a test case for the top court with the petitioner’s advocate repeatedly invoking its own past verdicts in favour of transparency in similar instances.

The bench of Justices M.R. Shah and C.T. Ravi Kumar admitted the appeal moved by RTI activist Anjali Bhardwaj against Delhi High Court’s dismissal of her petition, which had sought copies of the agenda, decisions and resolution of a Supreme Court collegium meeting of December 12, 2018.

However, the resolution put up on the apex court website after the meeting said that no final decision was taken by the collegium, made up of then Chief Justice Ranjan Gogoi and Justices Madan B. Lokur, A.K. Sikri, S.A. Bobde and N.V. Ramana (all retired now).

Justice Lokur retired during the 2018 Christmas vacation, and the collegium was reconstituted with Justice Arun Mishra replacing him. On January 10, 2019, the collegium decided to elevate the then Delhi High Court judge, Justice Sanjiv Khanna, and then Karnataka High Court Chief Justice Dinesh Maheshwari to the Supreme Court. The Centre cleared the appointments in just six days, on January 16, 2019.

The January 10 resolution recorded that certain “decisions” had been taken at the previous meeting of December 12.

“The then collegium on 12th December, 2018 took certain decisions. However, the required consultation could not be undertaken and completed as the winter vacation of the court intervened,” it said.

“By the time the court reopened: the composition of the collegium underwent a change. After extensive deliberations on 5th/ 6th January, 2019, the newly collegium deemed it appropriate to have a fresh look at the matter and also to consider the proposals in the light of the additional material that became available.”

Both Justice Nandarajog and Justice Menon are now retired.

The January 10 recommendations faced criticism from the legal fraternity since 32 judges senior to Justice Khanna had been overlooked for elevation. (Seniority is not the sole criterion for elevation, though, with competence also counting.)

Justice Maheshwari had been embroiled in controversy at the time over his direct interaction with then Union law minister Ravi Shankar Prasad in connection with a probe against a Karnataka district judge. Some senior Supreme Court judges led by Justice J. Chelameshwar (now retired) had objected to such direct interaction on the ground that the law minister was expected to interact only with the Chief Justice of India in such matters.

Bharadwaj’s RTI plea was rejected by the central public information officer (CPIO) of the Supreme Court without clear reasons being cited. A single-judge bench of Delhi High Court dismissed her appeal, saying there was no evidence that the written records she sought existed, except for the resolution which was already in the public domain.

A two-judge division bench refused to interfere with the earlier order, prompting Bharadwaj to approach the apex court.

Appearing for the petitioner, advocate Prashant Bhushan told the bench headed by Justice Shah on Friday that the high court had erroneously concluded that the onus lay on the petitioner to prove that written records of the December 12 collegium meeting’s agenda and decisions existed.

He argued that Section 19(5) of the RTI Act said the onus to justify the denial of a request lay on the public information officer, an entity that in the present case was the Supreme Court itself on its administrative side.

“The resolution of the subsequent (January 10) meeting affirms that there was indeed an agenda of the previous collegium meeting of 12.12.2018 and further that certain decisions were indeed taken,” Bhushan said.

“This is also affirmed through the public statements of Hon’ble Justice (Retd) Madan Lokur and the statements made in the autobiography written by Hon’ble former Chief Justice of India, Ranjan Gogoi (who were both members of the collegium on December 12, 2018). In such circumstances, it cannot be held that the information does not exist.”

Bhushan also underlined that the “CPIO/ respondent authority has never stated on record or furnished any affidavit” saying the records sought did not exist.

He cited the Supreme Court judgment in T.S.R. Subramanian vs Union of India (2013) that held that decisions, directions and instructions (such as those taken or issued by the collegium) must be recorded in writing as a way of ensuring probity, transparency and accountability, especially in the light of citizens’ right to information.

Similarly, Bhushan said, the Supreme Court had in S.P. Gupta vs Union of India (1981) held that information relating to appointments and recommendations cannot be regarded as protected. It also held that a claim for class immunity was an “extraordinary claim”, to be granted as a “highly exceptional measure”, and that no information relevant to the public interest can be put under a veil.

In Supreme Court of India vs Subhash Chandra Agarwal (2020), the top court had ruled that judicial independence and accountability went hand in hand and that there could be no blanket exemption for information related to the appointment and elevation of judges, Bhushan said. The 2020 judgment had said that CPIOs should consider each RTI request on merit, applying the test of overriding public interest.