Thomas Isaac: This is a peculiar case since we have a giant of a public sector bank with proven expertise in lending tying up with a much smaller private entity 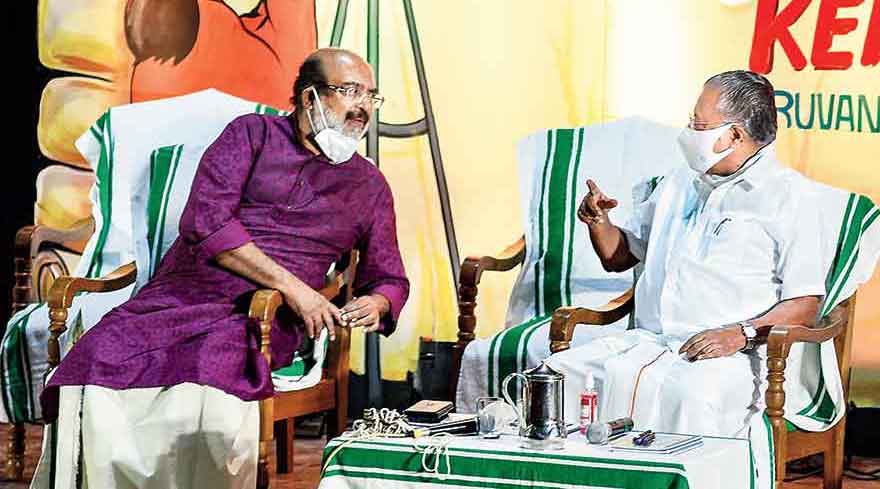 Former Kerala finance minister Thomas Isaac has slammed the Centre over the agreement between the State Bank of India and Adani Capital for co-lending to farmers, saying it will benefit the private firm more by allowing it to piggyback a public sector behemoth with extensive reach and expertise.

The CPM central committee member underlined that public sector banks or governments usually drafted in much larger private entities with proven expertise in any particular area of operation to enhance the reach of any specific programme, and not the other way round.

“This is a peculiar case since we have a giant of a public sector bank with proven expertise in lending tying up with a much smaller private entity with very little expertise in lending. So, ultimately, it is Adani Capital that would benefit by piggybacking the SBI,” Isaac told The Telegraph on Monday.

He had earlier tweeted: “SBI, 25000 branches and Rs 48 lakh crores assets, teaming up with Adani Capital, 63 branches and Rs 1292 crores assets, is bizarre. It seems to be a move to appease corporates who have not taken well (the) retreat from farm laws. Adani was making strong moves to control Agri markets.”

SBI, 25000 branches and ₹48 lakh crores assets ,teaming up with Adani Capital, 63 branches and ₹1292 crores assets,is bizarre. It seems to be a move to appease corporates who have not taken well retreat from farm laws. Adani was making strong moves to control Agri markets.

The SBI recently signed an agreement with Adani Capital for co-lending to farmers for purchases of tractors and farm equipment. Adani Capital’s website says the company offers loans to buy farm equipment and commercial vehicles, as well as business loans and supply chain finance.

“The withdrawal of the farm laws has definitely hit the Adani group, which has been trying to monopolise the food grain trade,” Isaac said.

“This agreement with the SBI is possibly an appeasement and a signal to corporate groups close to the government that they would be
taken care of some way or the other.”

Isaac alleged: “This deal with Adani Capital is part of a larger game plan with the blessings of the RSS headquarters. Otherwise, why would a bank like the SBI go for a co-lending agreement with a much smaller NBFC (non-banking financial company) like Adani Capital?

“Now Adani Capital will get a small share, usually less than one per cent of the interest, whenever an SBI product is sold as part of this agreement. So Adani Capital stands to gain immensely from this small share, which will have a multiplier effect on its earnings since SBI products are hugely popular.”

That apart, Adani Capital will benefit from the wide reach of the SBI which, Isaac said, will not gain anything from this agreement.

“The basic idea of using co-lenders is to leverage the expertise and reach of a private entity. But it’s the other way round in this case, since it is the SBI that has the reach, expertise and financial muscle,” Isaac said.

“When everyone is worried about large-scale privatisation of public sector and government entities, here we have Adani using the SBI for its own interests.”

Farmer leader Rakesh Tikait had on Saturday called for a nationwide movement to stop the privatisation of public sector banks ahead of the Union government’s move to table the Banking Laws (Amendment) Bill in Parliament.