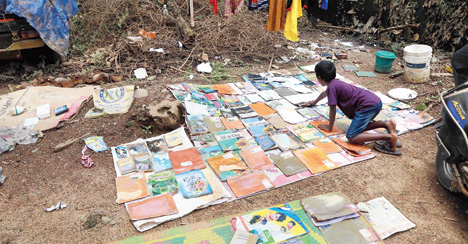 Bangalore: When floodgate after floodgate was opened and the deluge was devouring district after district, many Malayalis had turned to a face and voice that does not feature among the brigade of news anchors who have become household names by roasting politicians at primetime.

The unlikely Walter Cronkite, the man who many in Kerala trusted the most when the water rushed in, answers to the name Pinarayi Vijayan who occupies the chief minister's chair that rarely becomes a steadying force in most parts of the country when crisis knocks.

Between August 8 and now, twice a day, chief minister and CPM leader Vijayan has been providing situation reports on the flood to a state where many had initially gasped in disbelief when the water swept into their homes and began rising without pause.

Shorn of hyperbole and freighted with precise data ("so far today, 22,034 people have been rescued"), the briefings delivered in a matter-of-fact tone did play a significant role in reassuring aghast Malayalis in the worst hours of the crisis when some TV channels, in spite of admirable restraint, had begun to ask the unthinkable: "Can Kerala survive this catastrophe?"

Indeed, hundreds of lives were lost, and the damage to private property and public infrastructure has yet to be assessed fully. Yet, there appears to be a broad agreement - however fleeting it might turn out to be - that the chief minister did act like a chief executive when the state badly needed one.

For many Malayalis - perhaps for the chief minister himself - it was a fairly new role, especially since some opponents used to brand Vijayan, who cuts the stern demeanour of a communist commissar from the Soviet era, as the "most feared" politician in the state and he was often called " eratta chankan". Opinion was always divided on whether the phrase, which translates as "one with two hearts", was a compliment or an insult because the colloquial expression can be interpreted as ruthless gall or pluck as well as fortitude in the face of adversity.

That debate seems to have been settled for now.

It was not merely the briefings. In the first 72 hours of the disaster, Vijayan sprang a pleasant surprise by literally "carrying along" the Opposition - a refreshing gesture in a highly polarised state like Kerala. On August 11, when a helicopter carrying the chief minister took off for a survey of the affected areas, among his co-passengers was leader of the Opposition, Ramesh Chennithala of the Congress.

Always parsimonious when it comes to flashing a smile for the camera, Vijayan also steered clear of photo-ops. Besides, the chief minister steered clear of an immediate skirmish with the Narendra Modi government for denying the national calamity tag, expressing confidence that the Centre would provide all help.

All of which appear to have convinced the state that quiet efficiency works when adversity strikes.

"He's a selfless man known for his commitment. He believes in work, not rhetoric," Malayalam writer K.P. Ramanunni told The Telegraph, referring to Vijayan.

From camping at the secretariat for days to coordinate the massive rescue operation to deferring treatment for a health condition, Vijayan proved the galvanising force that marshalled what is now being described by many as one of the best rescue and relief missions in recent memory.

Equal, if not more, credit is also being deservedly given to the countless volunteers as well as the people in the flood-affected areas who reposed confidence in the elected leadership.

The first response of Vijayan, 74, as the crisis loomed was to cancel all his engagements, including a trip to Mayo Clinic in the US to address a health condition. The doctors were ready to meet him on August 21 and 22.

On August 8, the chief minister convened the cabinet and opened a control room, which he continues to manage.

"He virtually lived in the secretariat, briefly visiting his home," said John Brittas, the chief minister's media adviser and a journalist.

"He took over the control room and personally managed everything. He received some donations in person as a strategy to motivate others," Brittas added. "For about five crucial days, the chief minister spoke to the Prime Minister, Union home minister and the defence minister every day and kept them informed," Brittas said.

By deliberately keeping away from controversies and criticism, Vijayan maintained his focus on the rescue mission.

Such was the response that the Opposition, never known to pull any punches, is left with picking fault with an operational issue.

Chennithala, the Opposition leader, disagreed with the government's decision against handing over the rescue mission to the military - a highly contentious topic.

"We neither have the capability nor equipment to handle this kind of operation. I don't know why they were reluctant to give full control to the defence (establishment)," the Congress leader said about the state coordinating the operations even after the army joined the rescue mission.

But Malayalam author Vallikavu Mohandas differed. "The chief minister did a very good job in keeping his focus on the one mission that mattered."

Mohandas believes decentralising decision-making by empowering panchayat officials and even those who manned the relief centres was perhaps the best lesson to learn from Vijayan.

"It really motivated officials at all levels and they stretched beyond their limits to find solutions for everything, from shortage of relief materials to security at relief camps," he said.

Others are not too impressed, pointing out that the chief minister did what he was elected to do. Sheetal Shyam, a member of the Kerala Transgender Justice Board, said: "That's what is expected of a chief minister. The actual ground work was done by the people, especially the fishermen, district collectors and officials at all levels."

"Let's not forget the people of Kerala who stood for each other. The lesson learnt from this disaster is that we can fight anything as one," Shyam said.

As of now, social media is flooded with fulsome praise for the chief minister. "I believe that to earn the right to criticise someone, you should be willing to commend that person for his or her good deeds," Sunitha Devdas posted on Facebook.

The graciousness marks an extraordinary moment in the history of the state. Deploying a timely metaphor, some have pointed out that when the water recedes, the mud will surface and so will the mud-slinging.

But Ramanunni, the author, said: "The Malayali's efficiency and talent came to fore in rescuing as many as possible. Now they should continue that unity in the reconstruction phase."