Aspirants may have to take the exam, scheduled on September 13, in the offline mode unless the apex court decides otherwise 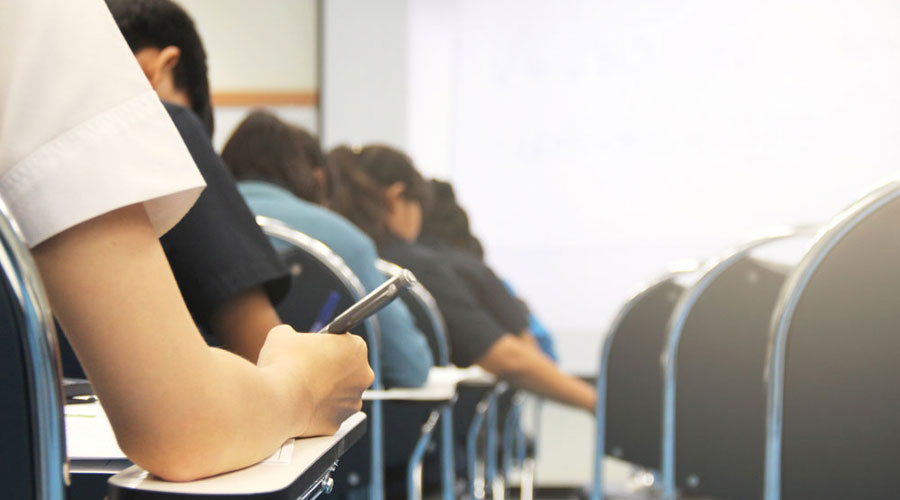 On July 29, the Supreme Court had issued a notice to the NTA, the Centre and the Medical Council of India on a plea by around 4,000 students from Singapore, the Gulf and West Asian countries
Shutterstock
Our Legal Correspondent   |   New Delhi   |   Published 14.08.20, 02:44 AM

The National Testing Agency, which conducts NEET for undergraduate medical courses, on Thursday informed the Supreme Court that it would not be possible to allocate overseas centres or hold online exams for students based abroad in view of the Covid-19 pandemic.

This implies that aspirants will have to take the exam, scheduled on September 13, in the offline mode unless the apex court decides otherwise.

On July 29, the Supreme Court had issued a notice to the NTA, the Centre and the Medical Council of India on a plea by around 4,000 students from Singapore, the Gulf and West Asian countries seeking the allocation of overseas centres for the NEET medical undergraduate exam or its postponement until the Covid-19 crisis blows over.

In its affidavit, the NTA submitted that upon receiving representations from a large number of foreign students for setting up overseas centres, it had sought the views of the MCI.

However, it said the MCI, in a letter dated May 21, had clarified “that as the examination is conducted through Multiple Choice Questions in paper book format given to all candidates and, uniformity has to be maintained for all candidates, therefore, NEET (UG) examination should not be conducted in online mode by respondent no. 2 (NTA) for candidates abroad”.

Citing its earlier stand in Kerala High Court, the NTA submitted that “the manner as to how examinations have to be conducted is a policy decision and, is, purely within the domain of the examining body, viz. MCI and whether centres for conducting such examination should be provided in foreign countries is in the province of MCI to decide”.

“MCI has taken its decision and, there is nothing on record which shows that the said decision of MCI is arbitrary or illegal particularly in the light of the fact that NEET (UG) is a uniform entrance examination and, to maintain uniformity for all candidates, it has to be conducted at the same time, on the same day, throughout India. It was for this reason that the said examination cannot be conducted in online mode.”

On why the exam cannot be conducted abroad, the NTA said: “NEET (UG) has to be conducted in single shift at the same time, on the same day to maintain uniformity and, further, the question papers and other exam materials are to be transported from NTA headquarters to a large number of examination centres in various cities, which would require meticulous planning for safe and secure delivery of the same at the examination centres on time.”

The NTA has also rejected the argument of foreign students that exam centres had been set up in some cities abroad for JEE (Main) 2020.

The agency said the two were not comparable.

“No parity can be drawn between JEE (Main), which is for a non-medical course, and NEET (UG) which is for a medical course. The number of seats in engineering colleges in comparison to the number of seats in medical colleges within the country is much more.… Thus medical seats attract stiffer competition compared to engineering seats,” the NTA said, pointing out that more than 15 lakh students vie for the NEET every year.

Around 4,000-odd overseas medical aspirants had pleaded that if they were not allowed to compete with their counterparts in India, it would be a violation of their fundamental right to equality guaranteed under Article 14.