Climate change has found a beachhead in Bengal, literally cutting the ground from under the feet of the state. 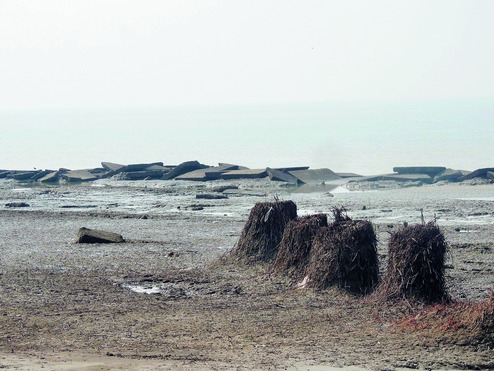 The Sunderbans: Climate change has found a beachhead in Bengal, literally cutting the ground from under the feet of the state.

Large chunks of Mousuni, a strip of an island in the Indian Sunderbans and located on the southernmost tip of Bengal, have been falling off, devoured by a sea made ravenous by the invading forces of climate change.

The gnawed-at Mousuni is here and now, not a "projection for the future at international conferences". "If the experts come here, they would be able to see how real the damage is in this part of the world," said Harjeet Singh, the global climate head of Action Aid, who was in Mousuni.

At least three Sunderbans islands - Lohachara, Suparibhanga (Bedford) and New Moore - have disappeared in the past five decades. Sagar, the biggest island in the Sunderbans that hosts the Gangasagar Mela, has lost three of its mouzas.

The Sunderbans, a group of more than 100 islands on the southern fringe of Bengal and Bangladesh, are in need of urgent international attention, warn global analysts.

The Indian Sunderbans have lost slightly more than 250sqkm of land - an area larger than Calcutta - between 1970 and 2015, says a recent report by the School of Oceanographic Studies in Jadavpur University. About 36 per cent of this erosion took place in the past 15 years.

"Many other Sunderbans islands are vulnerable," said Sugata Hazra, who teaches oceanography at Jadavpur University.

In the Indian Sunderbans, the rate of sea-level rise is about 8-10mm a year, nearly three times the global average, Hazra added.

About 1.5 million people in the Indian Sunderbans face a severe threat from climate change, which is doubly unfair as the area's carbon contribution is negligible.

If the Sunderbans do not survive, neither perhaps will a large part of south Bengal, including Calcutta. The Sunderbans act as a buffer protecting this hinterland.

"The Sunderbans are definitely a fit case for demanding compensation at international platforms, citing loss and damage suffered by a people because of climate change," said Singh.

Compensation for "loss and damage" is a key strategy that was drawn up at the CoP, the United Nations climate change conference held in Warsaw in 2013, under pressure from developing and poor countries.

Unlike the previous "mitigation" or "adaptation" strategies - aimed at arresting future damage from climate change - this mechanism aims to compensate people for damage already suffered.

"I will definitely raise the issue at the next taskforce meeting of the Warsaw International Mechanism for Loss and Damage next March," Singh said. This global body was created after the 2015 Paris agreement to address climate damage.

Singh was recently in the Sunderbans as part of a delegation for the trans-boundary Sunderbans project, undertaken by non-profit organisations EnGIO, Third Pole and ORF India with World Bank support.

The delegation visited Mousuni, on the southernmost tip of Bengal, where the damage inflicted by climate change is extreme. Local panchayat figures show that about 2,200 families have been displaced or affected severely by the rising sea in Mousuni.

"A recent stakeholder assessment study clearly says that the millions invested in development in the Sunderbans will be nullified unless climate change is countered as a priority, which needs a lot of fund support," said Nilanjan Ghosh, an ecological economist attached to ORF.

Bengal's Sunderbans affairs minister, Manturam Pakhira, said: "Climate change has become a major issue in the Sunderbans, threatening all development processes. We have already engaged specialists to develop a strategy and expect to finalise the climate action road map in the Sunderbans soon, including ways to get financial help."

He added: "We are already in discussion with Nabard, which funds climate action, and international funding agencies. British government officials too visited the Sunderbans recently."