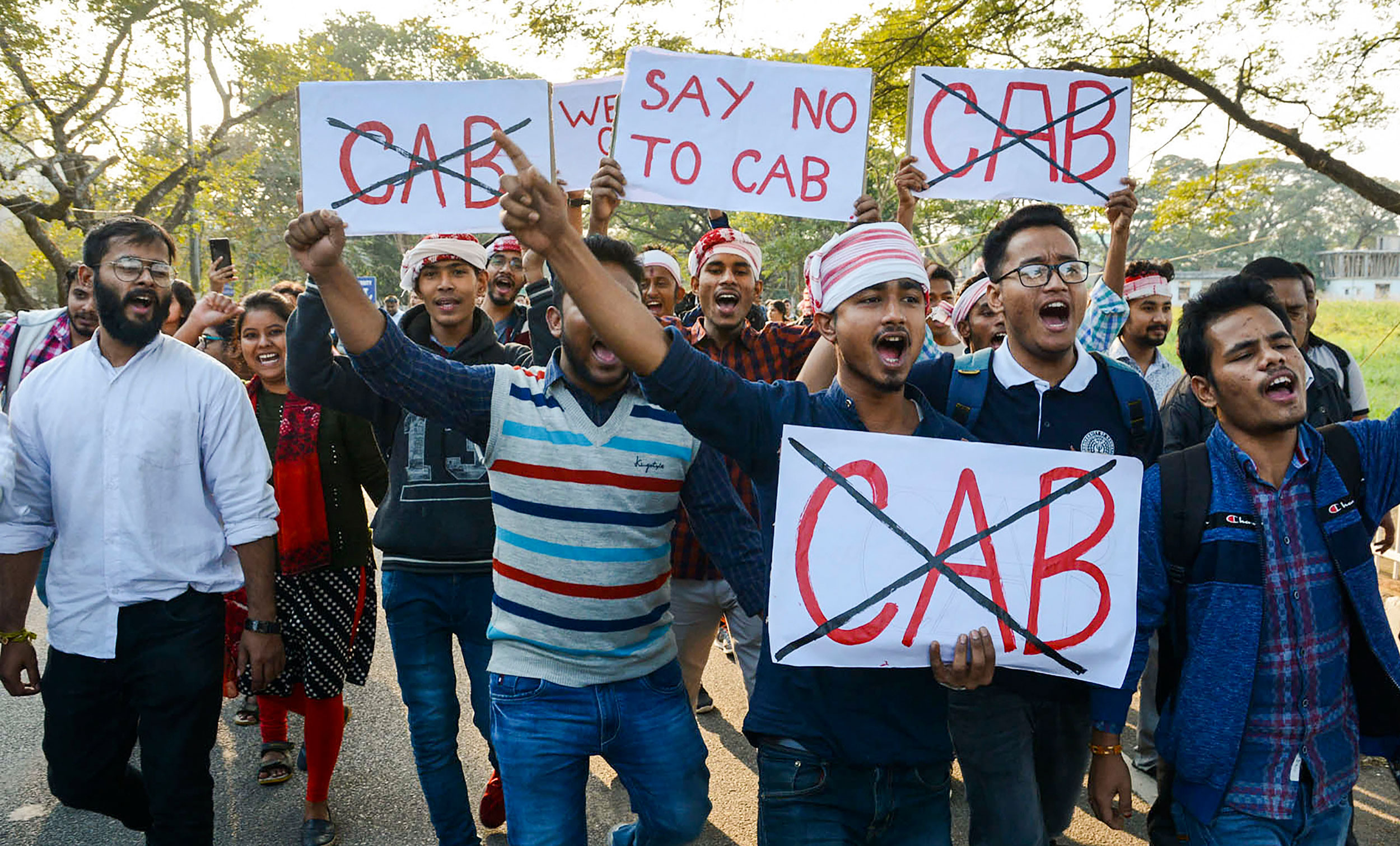 Academic and civil society opposition to the Citizenship Amendment Bill (CAB) that seeks to introduce religion among criteria for Indian citizenship mounted on Monday with more groups expressing concern that the proposals would breach principles enshrined in the Constitution.

Around 70 faculty, scholars and students at the Indian Institute of Management, Bangalore, and over 625 academics and writers have cautioned that the proposed divisive and discriminatory changes would harm the country, echoing concerns expressed by over 770 scientists in a statement on Sunday.

“The CAB goes against the fundamental founding principle of our republic — equality before law without regard to religious beliefs,” the IIM faculty-scholars-students wrote to members of Parliament.

The IIM and writers-academics groups have also referred to the National Register of Citizens, a central government initiative to document Indian citizens in Assam and possibly in other states, saying the CAB and the NRC are divisive and cause fear and suffering among people.

“The CAB along with the promise of an expanded nationwide NRC has spread fear in the minds of more than two hundred million of our fellow Muslim citizens,” the IIM letter said. “Stripping two hundred million fellow Indians of their basic dignity will not make India great or strong. Instead it will lay the foundation for perpetual strife.”

The letter calls on MPs to oppose the CAB in Parliament arguing that the CAB would “foment ethnic and communal discontent across the vast swathe of India from Tamil Nadu to Assam, even while it is highly unlikely to benefit even the intended beneficiaries.”

The civil society group’s statement said the bill violates key principles of equality in the Indian Constitution and will “fundamentally” alter the character of the country.

“For the first time, there is an attempt by statute, to exclude Muslims from the possibility of amnesty and citizenship, for no other reason than their religion,” the statement said.

“Nowhere under the successive reigns this country has had through millennia, is it possible to find the articulation of an official position that has denied migrants or refugees a place on the basis of religion,” it added.

The statement has questioned the intent of the CAB that promises expedited citizenship only to non-Muslims from three countries.

“Why leave out refugees such as Rohingyas from Myanmar or Tamils in Sri Lanka or Ahmadiyyas from Pakistan?” the statement said.

“…Indian citizenship flows from the Constitution. The CAB’s blatant exclusion of a community is divisive and discriminatory. It violates the secular principles enshrined in the Constitution.”

Women members of the Bharatiya Muslim Mahila Andolan also on Monday urged Parliament to reject the CAB, saying victims of persecution should be given protection, support, and citizenship without discrimination on the basis of religion, gender or ethnicity.

The CAB if passed “would validate the two-nation theory under which India was divided,” the Andolan said in a statement. “The passage of this bill will make us resemble Pakistan where the governments and army are struggling to forge a religion-based nation even 70 years after (its) formation.”

The scientists’ statement on Sunday had said the “exclusion of Muslims from the ambit of the bill will greatly strain the pluralistic fabric of the country.”

Some of India’s top scientists, authorities in their respective fields honoured with awards, are among signatories.

Among them are Ashoke Sen, a senior physicist at the Harish-Chandra Research Institute, Allahabad, and Fellow of the Royal Society and also winner of multiple awards, including the $3 million Breakthrough Prize; Sandip Trivedi, a senior physicist and director of the Tata Institute of Fundamental Research (TIFR), Mumbai; Shanti Swarup Bhatnagar award winners Sriram Ramaswamy at the Indian Institute of Science, Bangalore, and Rajesh Gopakumar, International Centre for Theoretical Sciences, Bangalore, a unit of the TIFR.

“The bill strikes at an essential idea of India. Moreover, I feel the bill is not driven by a positive vision but rather by an undercurrent of Islamophobia,” said Suvrat Raju, a physicist-and-signatory at the International Centre for Theoretical Sciences, Bangalore, a unit of the Tata Institute of Fundamental Research, Mumbai.

A scientist at TIFR, Mumbai, who signed on the statement but requested anonymity said scientists often need to take up causes relating to inclusivity and peace. “Scientific temper has inclusivity built into its fabric, so we sign statements that we shall not discriminate on the basis of race, gender, or religion.”

The TIFR scientist recalled many scientists in history have taken up causes of peace. “Alexander Grothendieck, one of the greatest mathematicians of the 20th century, went to Vietnam during the war and taught mathematics in the forests around Hanoi while it was being bombed, as a mark of protest. And (Robert) Oppenheimer, the architect of the atom bomb, turned a fierce pacifist and crusaded for nuclear peace for two decades.”