'Why should I comment on their statements or justify my appointment?' he asked 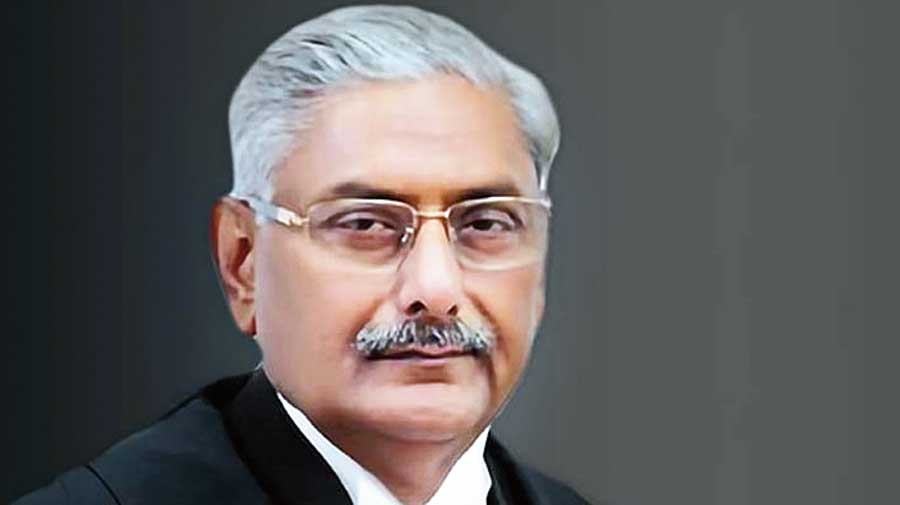 The activists alleged that the appointment reflected the systematic stifling of Opposition voices by dismantling the independence granted to institutions like the NHRC, Reserve Bank of India, National Investigation Agency, Central Bureau of Investigation and the Election Commission.

Contacted on Thursday evening, Justice Mishra told The Telegraph he did not want to join issue with the activists.

“Why should I comment on their statements or justify my appointment?” Justice Mishra asked.

Justice Mishra said he had not seen the statements made by the activists.

In response to a question, he said he was not privy to any decision of the selection panel that picked the names for the NHRC.

In a joint statement issued on Wednesday night, 67 activists led by People’s Union for Civil Liberties president Kavita Srivastava deplored the appointment. In a separate statement, the Campaign for Judicial Accountability (CJAR), an NGO, on Thursday added its voice to the outcry against the appointment.

The 67 activists said Justice Mishra’s appointment had been made in spite of a suggestion by the leader of the Opposition in the Rajya Sabha, Mallikarjun Kharge, that a person representing Dalits, Adivasis, minorities or other marginalised sections be appointed the chairperson considering that most victims of State abuse come from these communities.

The joint statement said: “The suggestion was ignored and no reasons for discarding the same have been placed on record by the government. Very clearly, the decision shows open contempt for the mandate of the NHRC…. What exposes the deliberateness of choosing someone close to the government is exposed by the fact that reportedly within the zone of consideration for the post of chairperson, NHRC, were 3 former CJIs.

“This was an opportunity to nominate a retired CJI or retired justice, with a proven track record of a concern for human rights, thereby augmenting the reputation of the NHRC as an institution serious about redressing human rights violations.

The public have a right to know the basis for the decision of the selection committee.”

The statement added: “By appointing Justice Arun Mishra, whose tenure as a former Supreme Court judge was very controversial, the (Narendra) Modi government has demonstrated once again that the basis for their selection is not guided by the requirements of a head of the NHRC….”

“Instead, what matters is whether the person selected was close to the ruling dispensation,” the statement alleged, while referring to Justice Mishra’s remarks at a global judicial conference on February 20 last year, at which the Prime Minister was the chief guest, that Modi was “an internationally acclaimed visionary… a versatile genius who thinks globally and acts locally….”

“It is, therefore, not strange that throwing democratic proprieties to the wind, the government has appointed Justice Arun Mishra as the chairperson of NHRC. Through such arbitrary and partial action, the government has demonstrated their scant respect for the foundational principles of good governance and constitutional rule — which requires independent institutions which remain autonomous from the control of the executive; impartial institutional leaders who exhibit allegiance not to a leader but to the Constitution of India; and whose working ethos embodies the principles of transparency, accountability and responsibility,” the statement said.

In the separate statement, the CJAR, which includes activists like Shanti Bhushan, Prashant Bhushan, Arundhati Roy, Kamini Jaiswal, Manoj Mitta and Cheryl D’souza (secretary), said the government had again demonstrated its disregard for human rights and its desire to subvert independent regulatory institutions of the country.

“…It cannot be said that there were no better people available for the choice of chairman, NHRC. Several judges recently retired from the Supreme Court, with outstanding human rights records, which include Justice Madan Lokur, Justice Deepak Gupta, Justice Kurien Joseph, etc, were not considered,” it said.

According to the CJAR, Justice Mishra’s appointment to this crucial institution at a time when there is an unprecedented onslaught on human and democratic rights, is designed to make the NHRC into a totally moribund institution, which has been the government’s design with several other democratic institutions that have been systematically dismantled or misused for political purposes by hounding the Opposition, civil society and dissenting voices.

“His appointment signals the death knell for the protection and promotion of human rights, for which purpose the National Human Rights Commission was set up in India,” the statement added.