China keeps stonewalling India at round after round of talks 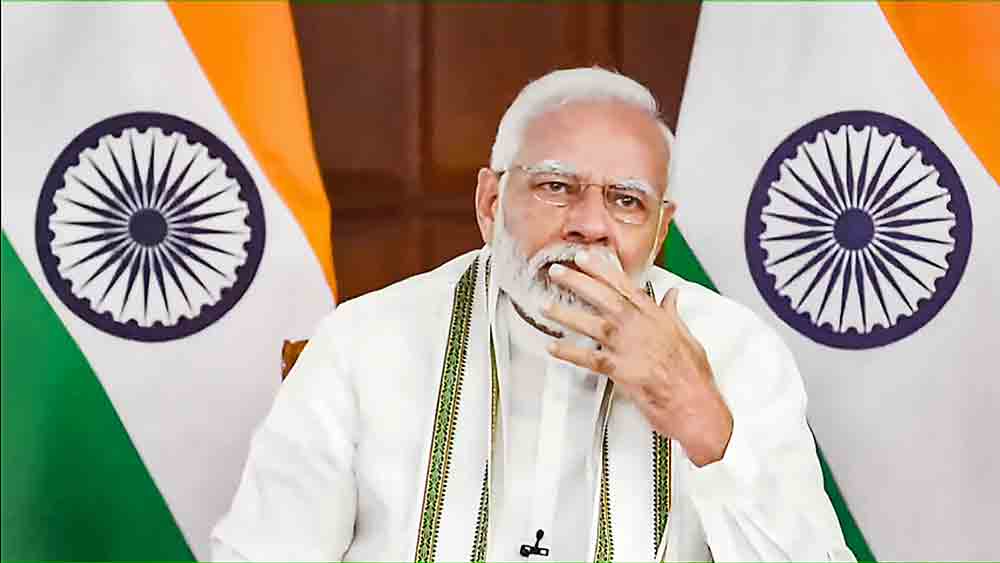 The rupee breached 80 to a dollar for a brief while and Britain recorded its highest ever temperature of 40.2 degrees Celsius on Tuesday.

Another statistical milestone was crossed over the weekend without the attention that the Indian currency and the English weather drew: the military talks between India and China have crossed 200 hours over two years and hit 208 hours and 30 minutes. (See chart)

The latest round was held on Sunday, following which a joint statement on Monday evening said “the two sides continued discussions for the resolution of the relevant issues along the LAC in the Western Sector in a constructive and forward-looking manner”.

What “relevant issues” can devour 208 hours, especially when Prime Minister Narendra Modi was quoted as having told an all-party meeting on June 19, 2020 — four days after the Galwan Valley clash — that “neither have they intruded into our border, nor has any post been taken over by them. Twenty of our jawans were martyred, but those who dared Bharat Mata, they were taught a lesson”?

After the joint statement on Monday, army veteran Sushant Singh tweeted: “Too many words taken to say that the talks on Ladakh failed once again…. And the Chinese continue to strengthen a new status quo on the LAC (Line of Actual Control) to their advantage.”

Too many words taken to say that the talks on Ladakh failed once again. That even PP15 can't be resolved is a surprise. And the Chinese continue to strengthen a new status quo on the LAC to their advantage. pic.twitter.com/NAozwAvvyE

The People’s Liberation Army (PLA) of China is said to be non-committal on restoring the status quo as of April 2020 along the LAC in Ladakh and is learnt to have pressed India to accept the altered frontier created by the Chinese transgressions.

The assessment, based on accounts by multiple sources, strengthens growing apprehensions among military veterans and security officials that the PLA had been aggressively working to strengthen a “revised status quo” in the region.

Sources in the security establishment told The Telegraph that on Sunday, the PLA simply refused to negotiate on Hot Springs (PP-15) and the strategic Depsang Plains, where its troops are said to have transgressed 18km into India-claimed lines.

A day after the 16th round of military talks, Chinese state media released a propaganda video showing the Chinese army conducting a military exercise and helicopters can be seen flying over Pangong Lake. The Indian Army has so far not reacted to this.

A senior security official attached to the Union home ministry told this newspaper that during the talks on Sunday, the Chinese side yet again raked up the 1959 claim line.

“It’s very obvious that they want resolution of the border dispute on their own terms as their troops are already inside India-claimed lines at multiple places. During the talks, they revived the 1959 claim line while pushing their claims along the LAC. The Indian side completely rejected it, saying it has never accepted the so-called unilaterally defined 1959 LAC,” the official said.

The 179-word joint statement issued by India’s defence ministry on Monday after almost 24 hours of the latest talks was yet again silent on the demand for the restoration of status quo ante. It said “the two sides agreed to stay in close contact and maintain dialogue through military and diplomatic channels and work out a mutually acceptable resolution of the remaining issues at the earliest”.

Indian and Chinese armies have been locked in standoffs at multiple points in eastern Ladakh, and the Chinese army has altered the unmarked LAC at several friction points and is estimated to have taken over close to 1,000sqkm of India-claimed territory in the barren but strategically critical plains and valleys.

The border standoffs at Hot Springs and Depsang Plains are continuing even though there has been “partial” disengagements from the Galwan Valley, Pangong Lake and Gogra by creating a demilitarised “buffer zone” with the Chinese stepping back a few kilometres while still remaining within India-claimed lines.

A former lieutenant general said on Tuesday: “First, the government denied there was intrusion. Later, in a damage-control exercise, India tried to look for short-term solutions and started negotiating only piecemeal things rather than restoration of status quo ante.”

“Prime Minister Modi’s statement that there was no intrusion allowed the Chinese to get away with what they wanted and it suited them in their pursuit to establish a new status quo along the LAC in Ladakh,” the veteran said.

“And now India wants the Chinese to disengage and vacate the land they never transgressed. This is what happens when you build a false narrative to save your image for domestic political gains,” he added.