China today accused India of disregarding its concerns in hosting the Dalai Lama at Rashtrapati Bhavan last week, warning of a disturbance to ties in a terse protest that highlights the tension between Asia's two largest nations. 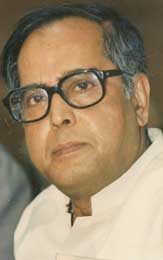 Dec. 16: China today accused India of disregarding its concerns in hosting the Dalai Lama at Rashtrapati Bhavan last week, warning of a disturbance to ties in a terse protest that highlights the tension between Asia's two largest nations.

President Pranab Mukherjee had invited the Tibetan spiritual leader in exile to attend the opening ceremony of a summit organised at Rashtrapati Bhavan by Nobel laureate Kailash Satyarthi on December 11.

The Dalai Lama had attended the 'Laureates and Leaders for Children Summit' and had shared the dais with Mukherjee, with whom he also had a conversation captured in images released by the government.

China views the Dalai Lama as a "splittist" and has repeatedly criticised moves by foreign governments - including India - that it believes provide political legitimacy to the monk.

Beijing had come to know of the invitation to the Dalai Lama and had indicated its opposition before Mukherjee hosted the spiritual leader at Rashtrapati Bhavan, Indian and Chinese officials said.

The meeting between Mukherjee and the Dalai Lama came at a time Beijing is already battling suggestions from US President-elect Donald Trump that he isn't averse to waving another red rag - in the form of contact with Taiwan.

"Recently in disregard of China's solemn representation and strong opposition, the Indian side insisted on arranging for the 14th Dalai Lama's visit to the Indian presidential palace where he took part in an event and met President Mukherjee," Chinese foreign ministry spokesperson Geng Shuang said in Beijing today. "The Chinese side is strongly dissatisfied with and firmly opposed to that."

The Indian foreign ministry responded arguing that the event at Rashtrapati Bhavan was "non-political".

"His Holiness the Dalai Lama is a respected and revered spiritual leader," foreign ministry spokesperson Vikas Swarup said. "It was a non-political event organised by Nobel Laureates dedicated to the welfare of children."

Like Satyarthi, the Dalai Lama too is a Nobel Peace Laureate.

Geng, in a media briefing in Beijing earlier today, spelled out China's position - that the Dalai Lama, in exile, has long been engaged in "anti-China separatist activities with the attempt of separating Tibet away from China under the cloak of religion".

He said Mukherjee hosting the Dalai Lama had already had a "negative impact" on bilateral relations. Geng asked India to "fully respect China's core interests and major concerns" and "take effective means to remove the negative impact caused by the incident to avoid any disturbance to China-India relationship".

China's protest is the second within two months regarding the Dalai Lama vis-à-vis India directly, and the third in this period involving New Delhi.

In October, China protested an invitation from the government of Arunachal Pradesh to the Dalai Lama to visit Tawang - a region that Beijing also claims - even though the Tibetan leader has visited there before.

Later, China informally communicated its unease to India after the Indian ambassador in Mongolia T. Suresh Babu hosted a lunch for the Dalai Lama when he visited Ulaanbaatar recently despite Beijing's opposition.

China's sensitivities over Tibet coincide with fresh pinpricks from the US, with Trump becoming the first President-elect or President to speak on the telephone to Taiwan's President Tsai Ing-wen.

India and China have been locked in a series of spats over the past few months that have left relations tense. China has opposed India's membership to the Nuclear Suppliers Group, a 48-member cartel of nations that controls nuclear trade, and has effectively blocked New Delhi's attempts to get the UN to proscribe Pakistan-based terrorist leaders like Masood Azhar. India has opposed the China-Pakistan Economic Corridor that runs through Pakistan-occupied Kashmir.