A military veteran blamed India’s political leadership for the situation 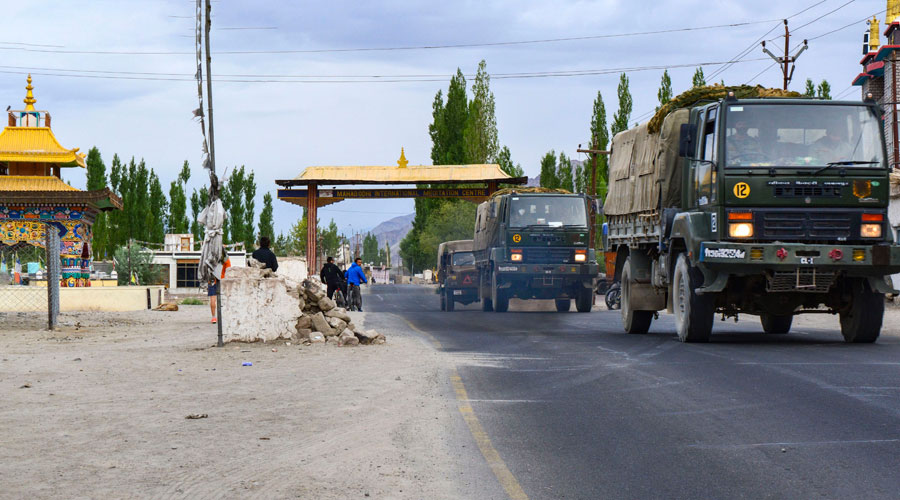 China’s “misleading” claims about the disengagement process having been completed at most of the friction points are aimed at imposing “a revised status quo” where it holds on to its newly claimed zones in eastern Ladakh, sources in the Indian security establishment have said.

“Their intention is mischievous. They seem to be trying ‘salami-slicing tactics’ to impose a revised status quo by disregarding the agreement reached during the military talks,” a security official attached to the Union home ministry said.

“Salami-slicing tactics” refers to an aggressor country claiming another’s territory and disputing the rival’s claim so forcefully that the territory becomes a “disputed” one. In the process of resolving the dispute, the aggressor ends up getting a part of it.

A military veteran blamed India’s political leadership for the situation.

“When the Prime Minister himself declares that there’s no intrusion, there’s nothing much left for the Chinese to add. Modiji is the one who legitimised the Chinese claims by saying they were not in our territory,” he said.

Prime Minister Narendra Modi had on June 19 said that no one had entered Indian territory on the frontier or captured Indian posts. Modi’s statement was then seen as a reference to the Galwan Valley, where 20 Indian soldiers were killed, although he did not specifically mention the valley.

Since then, it has more or less been established that the Chinese have entered Indian territory in multiple places, transforming the “no-intrusion” declaration by Modi — a subject of much spin by government managers — into a millstone around India’s neck. Some analysts had at the time expressed fear that the Prime Minister’s statement could compromise India’s position at the boundary talks.

On Thursday, China continued to exploit Modi’s statement through its poker-faced diplomacy.

China’s ambassador in New Delhi insisted that his country had not expanded its territorial claim in the Pangong Lake region where Chinese troops have only withdrawn from the base of Finger 4 to Finger 5 which lies within territory claimed by India.

Responding to questions at a webinar organised by the Institute of Chinese Studies, Sun Wiedong said: “On the northern bank of Pangong Lake, China’s customary boundary line is in accordance with the LAC. China has not expanded its territorial claim.”

The ambassador’s claim appeared to confirm the fears of the Indian security establishment about China seeking to put in place “a revised status quo”.

Security officials said the latest ground assessments suggested that hardly any disengagement had taken place at most of the friction points.

“They continue to hold on to their newly claimed zones in the Pangong Lake and the Depsang Plains,” an official said.

Defence ministry sources too said the Chinese claims were “hollow”.

China has over the past few days been asserting that “the frontline border forces of the two countries have disengaged in most locations, and the current situation has continuously improved with eased tensions”.

India on Thursday officially challenged the Chinese claims, with foreign ministry spokesperson Anurag Srivastava saying: “There has been some progress made towards this objective (disengagement and de-escalation) but the disengagement process has as yet not been completed.”

An Indian security official said on Thursday: “There’s been hardly any progress in disengagement at the Pangong Lake and the Depsang Plains. The Chinese have only moved back from the banks of Finger 4 to Finger 5 (at the Pangong Lake) but have been occupying the ridgeline and controlling the heights. They have not dismantled the structures set up between Finger 4 and Finger 8. There has been no change at all so far at the Depsang Plains.”

Chinese troops have reportedly dug themselves in 8km inside India-claimed lines at Finger 4 and 18km on the Depsang Plains.

Nor is the disengagement process anywhere near complete at Hot Springs or Gogra, the security official said.

Only in the Galwan Valley have both countries’ troops retreated by 1.5km, creating a 3km buffer zone.

But here too the Chinese have accepted the disengagement on their terms: the buffer zone is entirely within India-claimed lines but Indian troops are not allowed to patrol the area.

“They are already present inside our territory and like any aggressor, they are negotiating from a position of strength,” a military veteran said.

“During the July 14 (military) talks, the Indian Army had pushed for restoration of the status quo but the Chinese are not acting in keeping with the agreement. It’s apparent that they have already altered the status quo and want to stick to their newly acquired positions.”

The Chinese ambassador on Thursday reiterated that his country’s troops had not crossed the Line of Actual Control and blamed India for the June 15 clash at the Galwan Valley that killed the 20 Indian soldiers.

“It is the Indian side that first went across the line, provoked and also violently attacked Chinese officers and soldiers,” Sun said.

Sun denied that China was being expansionist.

Insisting that the two countries are opportunities rather than threats to each other, he admitted that the demand in India to change New Delhi's policy towards Taiwan, Hong Kong, Xinjiang and Xizang (Tibet) “worries” him.

“Taiwan, Hong Kong, Xinjiang and Xizang affairs are totally China’s internal affairs and bear on China’s sovereignty and security. While China doesn’t interfere in other countries’ internal affairs, it allows no external interference and never trades its core interests, either,” he said.