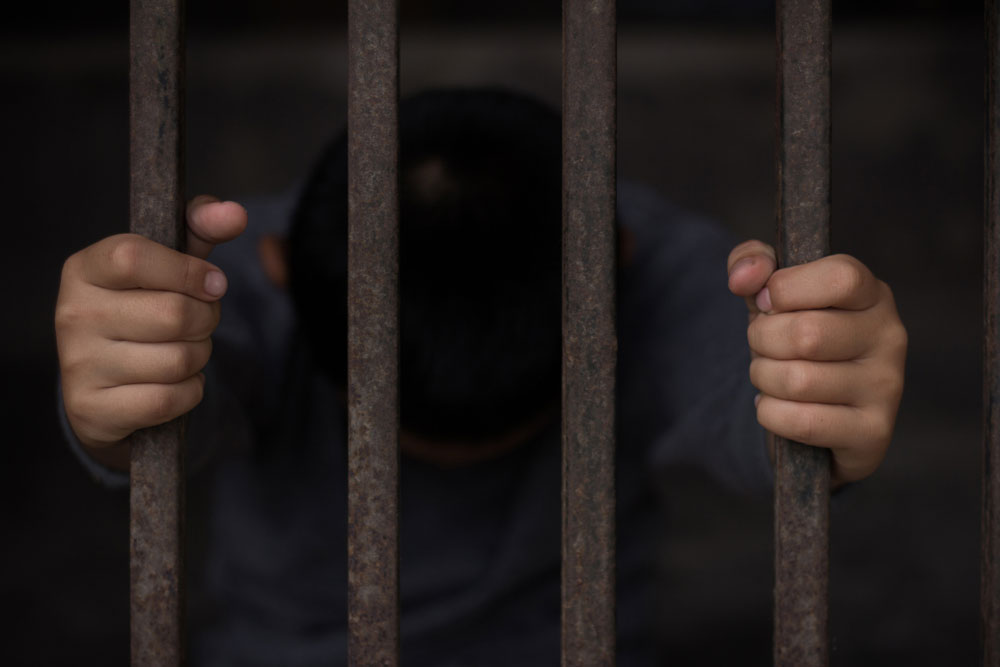 “The police unzipped the boy’s top and frisked him while he was in his mother’s lap. Some other children were also frisked. This enraged them (the detained politicians) who raised a hue and cry.”
(Shutterstock)
Muzaffar Raina   |   Srinagar   |   Published 23.11.19, 07:27 PM

Political prisoners in Kashmir staged a protest on Saturday inside the MLA Hostel that has been turned into a sub-jail following allegations that security forces unzipped the top of a politician’s two-year-old son and frisked the child and other relatives of the inmates.

A police officer dismissed the allegation and said an “anti-sabotage” check inside the hostel in Srinagar had thrown up 11 cellphones that had been smuggled in.

A relative of detained National Conference leader Tanvir Sadiq spoke about the frisking.

Sadiq is an aide to former chief minister Omar Abdullah. Sadiq’s relatives said the forces had frisked several relatives who had assembled at the gate to meet the detained politicians. Twice a week, the families are allowed to meet the detainees, who have been in custody since the August 5 clampdown linked to the revocation of J&K’s special status.

The relative said a two-year-old child was frisked. “Nothing much happened,” he told a group of reporters, including this correspondent, at his home, apparently trying to play the incident down to avoid inviting trouble.

“The police unzipped the boy’s top and frisked him while he was in his mother’s lap. Some other children were also frisked. This enraged them (the detained politicians) and they raised a hue and cry.”

It could not be ascertained whether any other toddler was frisked.

A police source said the politicians had an altercation with the forces. “The politicians are vocal. Some of them shouted, ‘How can they frisk toddlers?’”

An officer said the allegation of the child being frisked was “absolutely baseless”.

“There was an anti-sabotage checking at the hostel during which 11 mobile phones were seized,” he added.

A few days ago, some jailed politicians were allegedly manhandled while they were being shifted from the Centaur Hotel, which had been turned into a jail, to the MLA Hostel. The police had denied the reports.

Family members of some of the detained politicians had recently protested outside the hostel over reports about inadequate heating facilities. A cold wave has gripped Kashmir, with temperatures plummeting below zero.

Iltija Mufti, daughter of the detained former chief minister Mehbooba Mufti, tweeted about the alleged frisking although she mentioned the child’s age as three. “Today, a detainees 3 year old infant son was nearly strip searched & this resulted in an altercation between political detainees & JK police. Request @PMOIndia to personally look into this to take stock of the situation. Mehbooba Mufti @MehboobaMufti, ” tweeted Iltija, who is operating Mehbooba’s handle.

Iltija said the politicians were being treated worse than “hardened criminals”.

She added that it was being conveyed that the release of the detainees would depend on their “willingness to join a new political front in J&K”.

“As if detention of their loved ones for the past 3 months wasn’t enough, these families (are) being blackmailed & are told that detainees will be released only if they ‘co-operate’ & join this motley crew heading an undemocratic third front in J&K,” Iltija added.