Change nilgai name and cull it

The nilgais of Madhya Pradesh have been on the rampage in its poppy fields for a while but none, not even the chief wildlife warden, dare touch them. 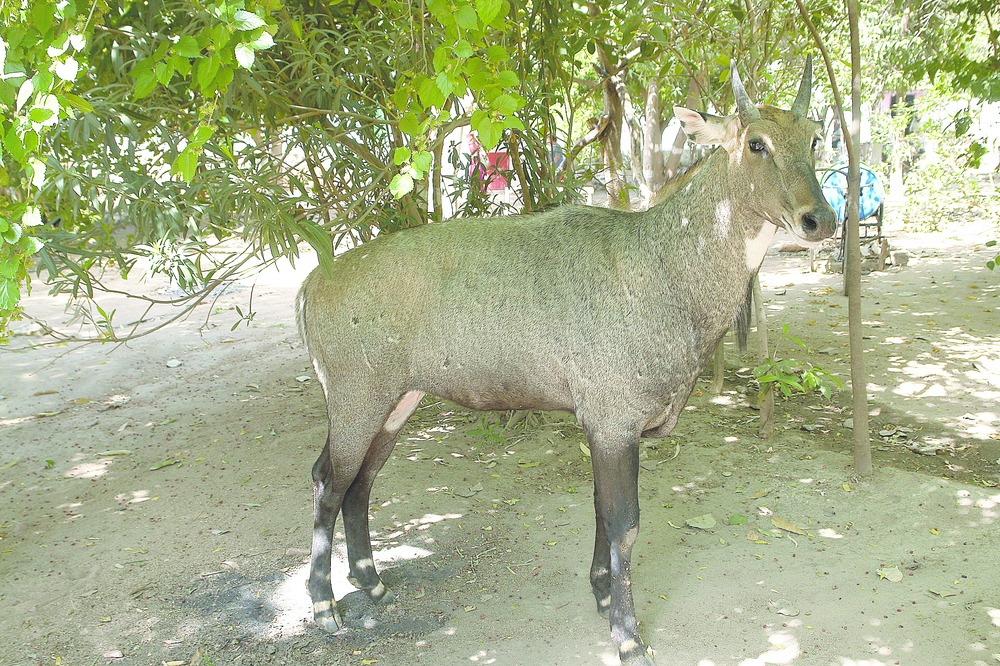 Bhopal, March 1: The nilgais of Madhya Pradesh have been on the rampage in its poppy fields for a while but none, not even the chief wildlife warden, dare touch them.

Not as long as the blue bulls are called nilgai, anyway. Change their name to rojad (forest antelope) and things may look up for the state's harried farmers.

Around the time Arun Jaitley was presenting the budget yesterday, the Madhya Pradesh Assembly was grappling with a mammal menace - the nilgais of Ratlam, Mandsaur and Neemuch districts that were devouring up to 300 doda (opium fruit) in a single night, running amok and causing irreparable damage to crops.

Cutting across party lines, the MLAs were a worried lot. What was to be done when the scarecrows weren't scary enough, and lighting fires were just as inconsequential as fencing the poppy fields with thorny bushes?

Worse, the rampaging nilgai could not be touched as the " gai" - meaning cow - in its name accorded the animal sacred status.

Under Madhya Pradesh law, the nilgai is a protected animal whose meat cannot be eaten and whose carcass has to be handed over to the forest department for cremation.

So, what was the way out of the problem? The House kept floating ideas till an MLA piped up: how about changing the animal's name? After all, the nilgai belonged to the antelope family. If it was rechristened rojad or rojh (forest antelope), the change of name would erase any religious connotation associated with it.

The legislators quickly banded together to push the suggestion of Congress MLA Rajendra Singh, also the deputy Speaker. Soon after, Singh asked state forest minister Gauri Shankar Shejwar to note that there was unanimity on the name-change proposal. The issue had first been raised in the House by the BJP's Jitendra Gehlot.

Shejwar later told this paper: "We will do everything as directed by the Chair."

Sources close to Shejwar said the name change was important given any possible political fallout that may arise out of allowing the culling of an animal belonging to the bovine sub-family.

The nilgai is, however, more horse-like than cow-like. It has a long neck with short upright mane, bony narrow head, barrel-like chest, strong legs, and high withers sloping back to the croup. During the Mughal period, it was called a nil ghora (blue horse).

Under Section 11 of the Wildlife Protection Act, 1972, a state's chief wildlife warden is empowered to allow culling if he is satisfied that any wild animal has become dangerous to human life, or to property (including standing crops).

In March 2014, some opium growers of Mandsaur had urged chief minister Shivraj Singh Chouhan to free two leopards that had been caught and removed from the area. They claimed that in the absence of the leopards, the nilgais, which usually move in a herd of 40-50, had become more daring.

In December 2014, Rajasthan chief minister Vasundhara Raje had petitioned the Centre to allow culling of nilgais because of damage caused to crops. Raje was told that under the wildlife act, the authority to order culling was vested with the state's chief wildlife warden.

Rajasthan has yet to take action. Will Madhya Pradesh?