The TDP leader lashed out at Modi, calling him a 'negative leader' 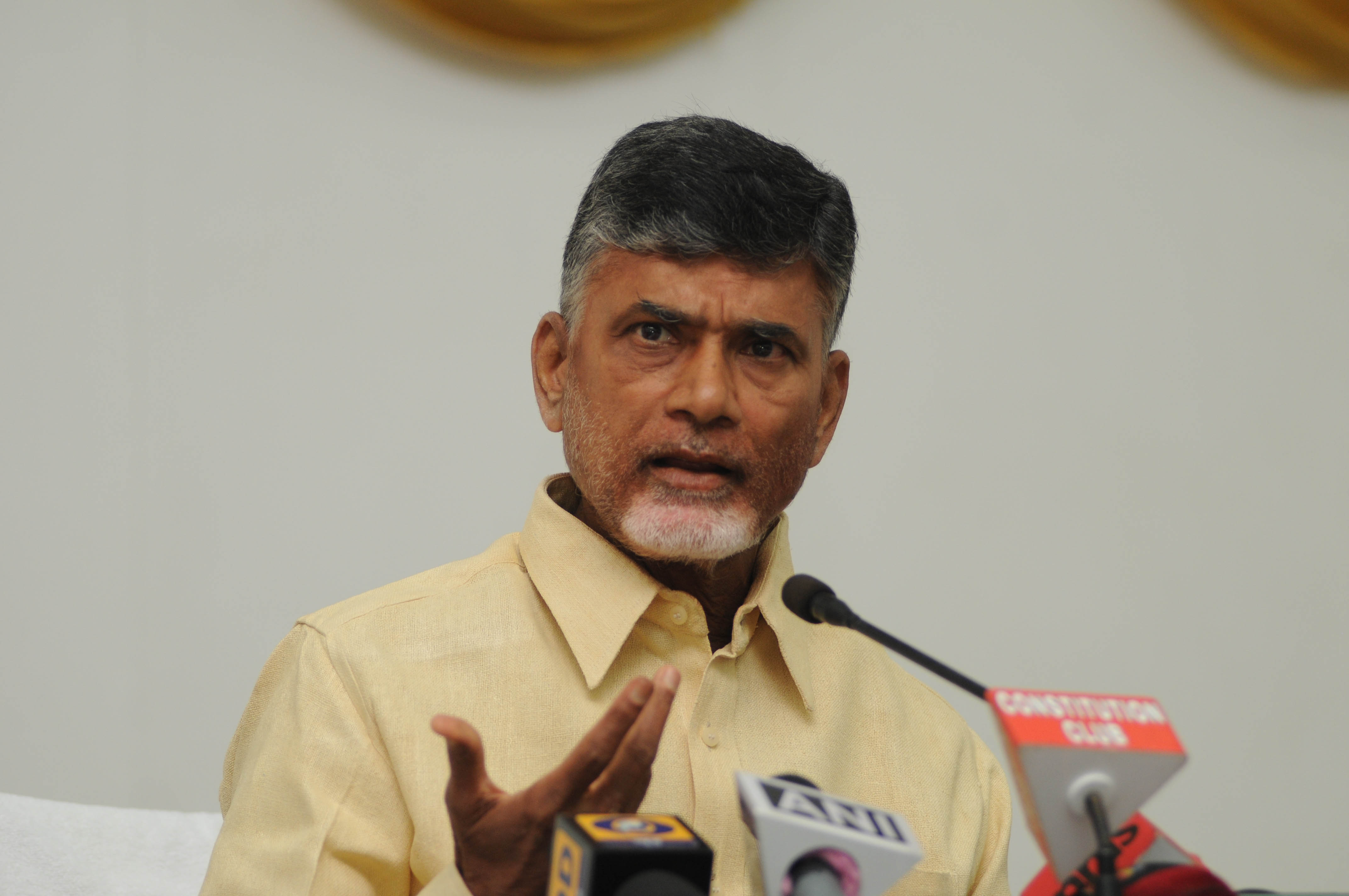 Andhra Pradesh chief minister N. Chandrababu Naidu on Monday alleged that the Centre was threatening to impose President's Rule in the state but, he said, nobody would be cowed down by such threats.

He said Prime Minister Narendra Modi was a 'negative leader' under whose leadership the country was regressing.

Addressing a teleconference with the Telugu Desam Party (TDP) leaders, he attacked the Prime Minister and the BJP, saying they had done nothing special for Andhra.

'They say one Union minister will come to the state every week. What good have they done for the state? On top of it, they are issuing threats that President's Rule will be imposed in Andhra Pradesh. There is nobody here to be cowed down by their threats,' Naidu said.

Referring to the Opposition parties' rally in Calcutta two days ago, the TDP chief said it marked the beginning of the end of dictatorial rule and gave confidence to the people of the country.

'We will hold a similar rally in Amaravati in which leaders of 22 parties will take part,' Naidu added.

The TDP chief lashed out at his Telangana counterpart K Chandrasekhar Rao and YSR Congress president Y.S. Jaganmohan Reddy, saying they were working under Modi's direction.

The TRS and the YSRC were conspiring to create misgivings among the backward classes so that they are distanced from the TDP, he alleged.

He said the backward communities should unitedly thwart such attempts.

At Brigade rally, speeches soar but unity test lies ahead