Theaterisation drive slowed down in absence of CDS staff: Official

We are not sure how long the central government will take to appoint a successor to Gen. Bipin Rawat, says a defence ministry official 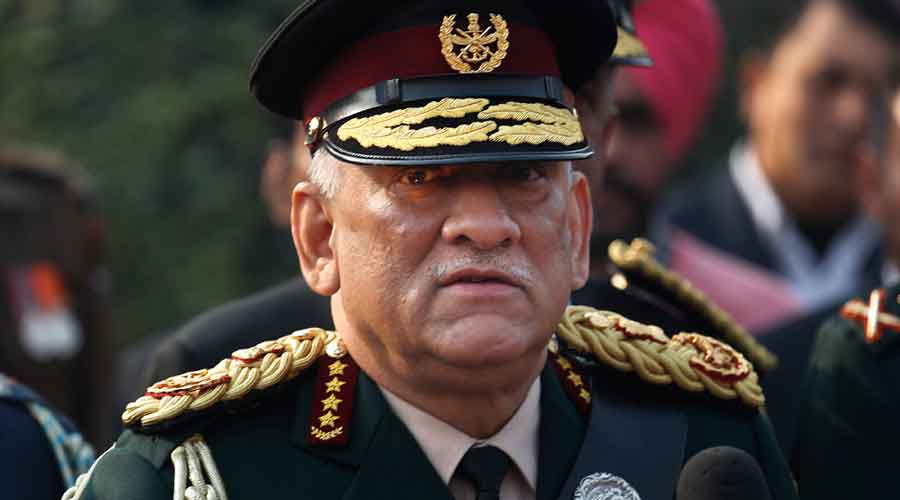 The process for the creation of the proposed theatre commands of the armed forces is getting delayed as the Centre is yet to appoint a new chief of defence staff (CDS), sources in the defence ministry have said.

“The Centre’s theaterisation drive of the three armed forces has slowed down in the absence of a new CDS. We are not sure how long the government will take to appoint a successor to Gen. Bipin Rawat,” a defence ministry official told The Telegraph.

The Narendra Modi government, he said, had last year formed an expert committee led by India’s first CDS, Gen. Rawat, to carry out consultations with the three services to decide the way forward on the theaterisation of the military. Rawat was given the task of facilitating restructuring of the military commands for optimal utilisation of resources through the establishment of unified theatre commands.

“But his death in a chopper crash last December has halted the process of the creation of the proposed theatre commands,” the official said.

The sources said the theaterisation of the armed forces was aimed at ensuring synergy among the tri-services chiefs to deal with security challenges and future wars.

The plan, according to the sources, is to have five theatre commands. Each will have units of the army, navy and the air force, and all of them will work as a single entity looking after specified geographical territories under an operational commander.

At present, the armed forces have 17 service commands across the country, each assigned exclusively to one among the three forces. The Indian Army and the Indian Air Force have seven commands each while the Indian Navy has three.

Sources said the army chief, Gen. M.M. Naravane, is among the probables for the new CDS as he is also the senior-most among the three chiefs.

“It is surprising that the government is taking so much time to fill the vacant post amid the border standoff with China in Ladakh. We cannot afford to keep the CDS’s post vacant for long,” said a military veteran.

The Indian Air Force is said to have apprehensions about the plan because of its limited resources compared with the army’s. The IAF does not want to split its assets, which are fewer than the army’s.

The IAF is also believed to have contended that the nature of its operations is so fluid that all of India is one theatre for it. It is also said to have issues over who would lead the theatres. There is also fear that the senior positions would be taken over by the army, the largest among the three services.

The army is in favour of theaterisation, arguing that multiple commands lead to confusion. The army has cited the example of China, which has a single Western Theatre Command for the entire Indian frontier.

India’s army alone has four commands on the China frontier — northern, western (which mainly looks after the Pakistan front), central and eastern. The IAF has three commands for the China.

The theatre commands are being set up under the larger mandate of ensuring synergy among the tri-services chiefs to deal with security challenges.

Although it is not an operational post, the CDS functions as principal military advisor to the Prime Minister and the defence minister on matters including the nuclear command.