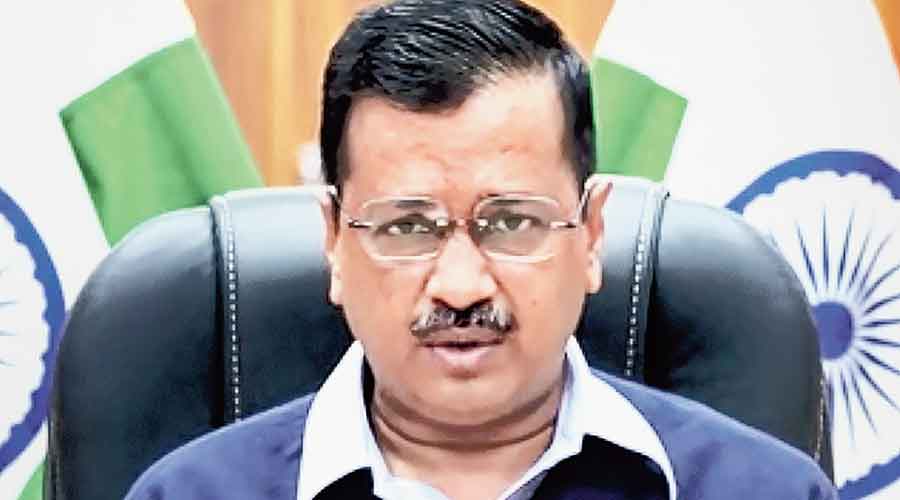 Sources at LG office said the chief minister did not appear at the programme despite prior agreement to launch plantation of one lakh saplings together by him and Saxena.

Earlier, Kejriwal did not attend scheduled weekly meeting with Saxena on Friday, in the backdrop of a CBI probe recommended by the LG into alleged lapses and irregularities in the Delhi Excise Policy.

Rai said that the chief minister and he himself would not be attending the programme, asserting that it was politicised.

"Kejriwal government's event has been turned into a political event of PM Modi and he was not even going to attend it...Following the incident, the Delhi chief minister and I have now decided not to participate in the programme," he said.

The Van Mahotsav programme was to be undertaken by the LG and the chief minister jointly as per "mutual decision" taken on July 4, LG office sources said.

The designs of the banner to be affixed at stage of the programme venue was sent to Delhi government on Thursday, they said.

"They had objection to prime minister's photo on the banner but it was explained to them that Van Mahotsav was a government of India initiative and PM's photo was there as well as of the LG and the chief minister," they said.

"Nothing could be far from truth. Standees and billboards displaying CM's photos are there for all to see even now at the venue and nearby areas and unipoles on the roads there," they said over Rai's charge that the programme was hijacked.

A Delhi government official said that Rai has unequivocally addressed the "reality of the matter" and stated the event was "hijacked" by BJP with the use of police force.

"The BJP tore down the pre-existing banners and posters of the LG and the CM that had been put up by the environment department and replaced them with those of the PM's," the official said.

The heat has been turned on the AAP government with Saxena as new LG. In the last couple of weeks, Saxena first granted prosecution sanction to CBI against AAP MLA and Delhi Waqf Board chairman in a case of alleged irregularities in appointments.

Earlier this week, Saxena rejected a proposed visit of Chief Minister Kejriwal to Singapore for participating in World Cities Summit. This was followed by his recommendation of CBI probe into alleged irregularities related to Excise Policy 2021-22 of Kejriwal government.

These developments have taken a toll on relations between the LG office and AAP government.

Kejriwal after his first formal meeting with Saxena who took oath as 22nd LG of Delhi in May, had said that there was good coordination between them. The two had decided to meet every Friday at 4 pm for better coordination and discussion on Delhi-related issues.