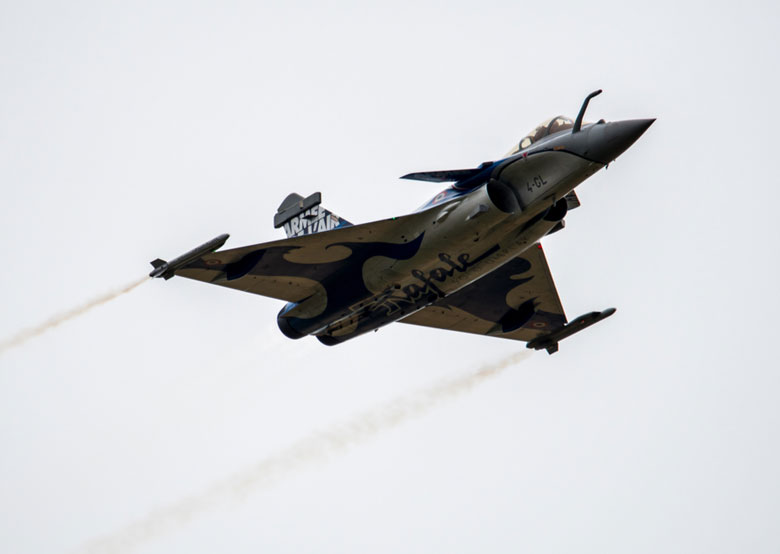 Will the Centre classify as “stolen” a document accessed by a news agency that was held aloft by government-friendly media as a clean chit to the Rafale deal by the then defence minister Manohar Parrikar?
(Shutterstock)
Anita Joshua   |   New Delhi   |   Published 06.03.19, 09:42 PM

The allegation, if not admission, by the Centre that confidential Rafale documents were “stolen” raises several tricky questions.

(On February 8, the day The Hindu published its first expose on the Rafale deal, the news agency had made public the full note that carried a jotting by Parrikar that described as overreaction an official’s expression of concern at parallel negotiations by the PMO. The note was tom-tommed as a clean chit, which drew ridicule because being part of the government, the minister was in no position to absolve the government.)

While the government’s threat to prosecute The Hindu is being seen as a warning to officials and former officials to clam up, the newspaper responded in no uncertain terms.

N. Ram, The Hindu Publishing Group chairman who had written the reports on the Rafale deal, told PTI: “You (the government) may call it stolen documents. We are not concerned.… Nobody is going to get any information from us on these sources. But the documents speak for themselves and the stories speak for themselves.”

(One of the unwritten and non-negotiable principles of journalism in the free world is that the identity of sources should be protected at all costs. Some journalists have defied court orders and gone to jail to protect the identity of their sources.)

Ram said the documents had been published in the public interest and that they had been withheld or covered up by the government. “It is the duty of the press — through investigative journalism — to bring out relevant information or issues of great importance for the public interest.”

Lawyer Prashant Bhushan, one of the petitioners, tweeted: “So the government seeks to intimidate media/ whistleblowers/ petitioners/ lawyers who are exposing the corrupt Rafale deal and the lies fed to SC by the government, by threatening them with prosecution under the Official Secrets Act! Such intimidation of petitioners in a court amounts to criminal contempt.”

Time to lodge an FIR against Narendra Modi: Congress on Rafale