MNS chief reiterates his demand for resignation of Anil Deshmukh 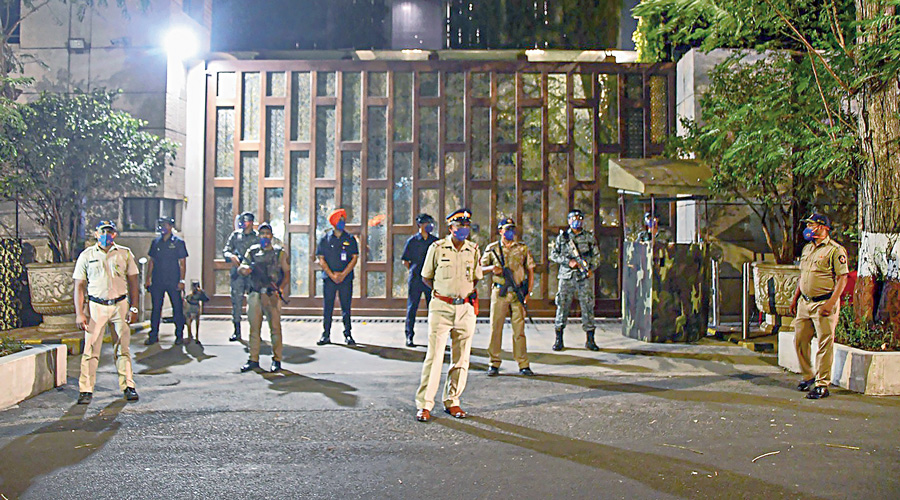 Thackeray said it seems very unlikely that the vehicle with explosives was parked near Ambani's house by Sachin Waze without being asked to do so.
File picture
Our Bureau, Agencies   |   Mumbai   |   Published 21.03.21, 04:18 PM

Addressing a press conference, Thackeray alleged that the Maharashtra government was incapable of shedding light on several basic points in the case.

"The explosives case doesn't revolve only around (former Mumbai police commissioner) Param Bir Singh and (suspended Mumbai police officer) Sachin Waze. Police placing the explosives or being asked to do so is not a small thing," he said.

The Centre should help in finding out the truth in the case. The basic issue of who placed the explosives-laden vehicle and on whose instructions it was done needs to be found out, the Maharashtra Navnirman Sena (MNS) chief said.

"The basic issue should not be forgotten, otherwise this case will go the same way as actor Sushant Singh Rajput's (death) case," he said.

Thackeray said it seems very unlikely that the vehicle with explosives was parked near Ambani's house by Waze without being asked to do so.

The vehicle was found near Ambani's multi-storey residence 'Antilia' in south Mumbai on February 25.

The National Investigation Agency (NIA) last week arrested Waze in connection with the case. He was later suspended by the government.

Param Bir Singh, who was under flak over handling of the bomb scare episode, was transferred from the post of Mumbai police commissioner on Wednesday. On Saturday, he wrote a letter to Chief Minister Uddhav Thackeray alleging that Home Minister Anil Deshmukh wanted police officers to collect Rs 100 crore per month from bars and hotels.

Thackeray asked why there is no clarity yet from the state government as to why Param Bir Singh was shunted out.

"Was it because he is linked to the placing of the vehicle? And if Singh is involved, why didn't the state government take action against him instead of just a transfer?" he asked.

Thackeray said the source of the gelatin sticks in the vehicle has also not been revealed yet.

Thackeray also raised question marks over the threat letter found in the vehicle, saying, "Is it so easy to extort money from Ambani?"

"Will the police on their own dare to try to extort money from an industrialist, who shares very warm relations with the chief minister," he asked.

He reiterated his demand for resignation of Anil Deshmukh for ensuring free and fair probe over the allegations against him.