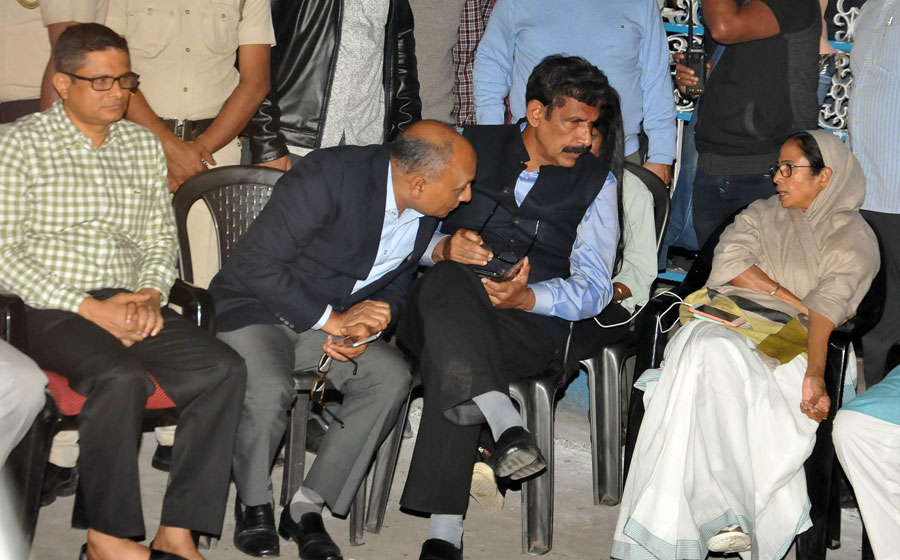 The Union home ministry will seek a report from the Bengal government on the alleged roles of IPS officers in obstructing CBI investigations in the Saradha case during Sunday evening, sources said.

The ministry is examining whether the officers have violated the service conduct rules, the sources added. The home ministry is the cadre-controlling authority of the IPS officers in the country.

The home ministry has received reports that CBI officers had experienced intimidation and threat to personal safety when they had gone to question Calcutta police commissioner Rajeev Kumar.

“The ministry will soon seek a report from the Bengal government on the conduct of some IPS officers,” said an official.

According to him, Kumar and Bengal director-general of police Virendra were seen sitting near chief minister Mamata Banerjee when her dharna began on Sunday evening.

“It is unbecoming of an IPS officer to participate in a political rally or a dharna. The act is a gross violation of service conduct rules. The ministry will also issue showcause notices to both Kumar and Virendra,” the official said.

“Being the chief minister and a politician, Mamata Banerjee has every right to hold dharnas and rallies but not IPS officers,” he said.

According to him, no member of the service shall take part in, or subscribe in aid of, or assist in any other manner, any political movement or political activity.

Besides, the source pointed out, a cabinet meeting was held close to the dharna venue on Monday. Senior officials were present there also.