The ministry made the suggestion citing the National Education Policy (NEP), which emphases learning-teaching in the mother tongue 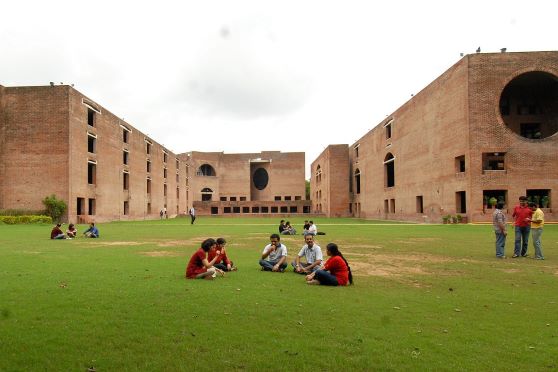 All these institutions, where English is now the sole medium of instruction, are learnt to be discussing the suggestion internally but are yet to decide their response.

The education ministry recently wrote to these Institutions of National Importance to explore how they might be able to teach courses such as BTech, MBA or the integrated BS-MS in Indian languages, two senior ministry officials confirmed.

The ministry made the suggestion citing the National Education Policy (NEP), which emphases learning-teaching in the mother tongue.

“Wherever possible, the medium of instruction until at least Grade 5, but preferably till Grade 8 and beyond, will be the home language/ mother tongue/ local language/ regional language,” the NEP says.

“How the institutes implement it will be left to them. To start with, some may allow their students to take the semester exam in Hindi along with English, and later plan for teaching and learning in Indian languages,” one of the ministry officials said.

Anupam Basu, director of NIT Durgapur, said the availability of study material in the regional languages was key.

“At first, we may prescribe textbooks in English in addition to supplementary notes in Indian languages on critical concepts. This will help the students grasp the concept in both languages and overcome the language barrier to understanding,” he said.

“But teaching an engineering course entirely in an Indian language is currently a bridge too far.”

Besides, he said, the students would need a knowledge of English to secure jobs. So, English cannot be completely divorced from the teaching-learning process.

An IISER director who didn’t want to be quoted said it might not be possible to teach the core content in Indian languages anytime soon.

“The humanities and the social science subjects offered as part of the BS-MS courses can be allowed in Indian languages, but no proper discussion has taken place on this,” the director said.

An IIT professor said that each IIT was discussing the issue internally. For example, IIT Bhubaneswar has set up a committee headed by its director to examine the idea.

The All India Council of Technical Education has already allowed some 15 colleges in Uttar Pradesh, Andhra Pradesh, Maharashtra, Bengal and Tamil Nadu to offer BTech courses in Hindi, Telugu, Marathi, Bengali and Tamil, respectively, from the current academic year.

Each of these colleges had set aside some 10 to 20 per cent of their seats for students who would be taught in the mother tongue, and nearly a fourth of these seats have been filled.

AICTE chairperson Anil Sahashrabudhe said the council had already translated into Marathi, Tamil, Telugu, Bengali, Odia and Hindi the principal textbooks in the most popular BTech courses. To popularise study in the mother tongue, the council will provide one set of books free to each of its approved colleges in the relevant states.

“This will help the students develop confidence about learning engineering in their mother tongue,” Sahasrabudhe said.