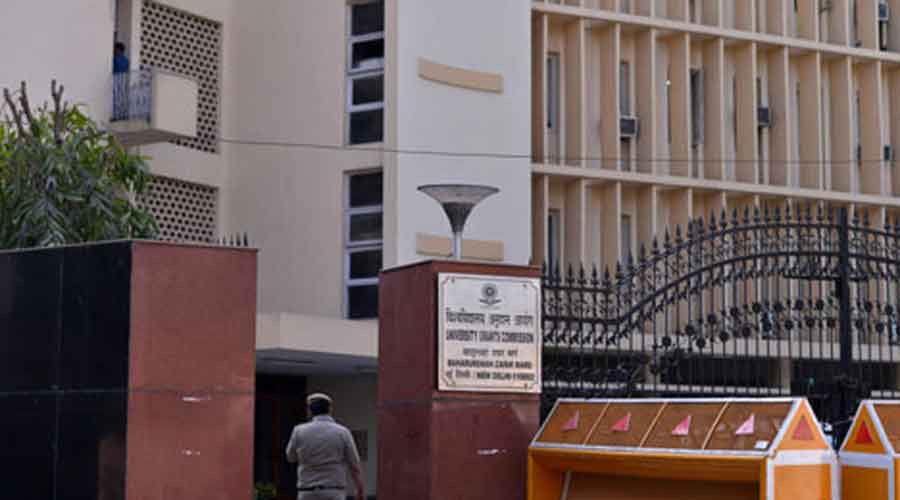 The central universities have decided to admit PhD scholars through the all-India National Eligibility Test (NET) instead of their own individual entrance exams, prompting some academics to contend that this could hurt the quality of research and undermine the institutions’ academic autonomy, “distinctive character” and inclusiveness.

The NET is conducted by the University Grants Commission mainly to determine the examinees’ eligibility for the job of assistant professor. Such a “faceless” and “standardised” test cannot help universities pick PhD students suited to their individual character and expertise, the critics said.

However, a meeting of the vice-chancellors of the 41 central universities on November 22 decided on the NET route for PhD admissions.

“Now, they will get an NET score, with which they will apply (to individual universities),” Tiwari said.

Asked whether interviews would be held, too, Tiwari said the UGC would decide this “when it modifies its regulations to implement the latest decision”.

Former UGC chairman Sukhadeo Thorat said the plan would “terribly undermine the distinctive character that individual universities have developed over a period of time”.

Thorat said JNU had been able to maintain its distinctive ethos because of the specific considerations it applies while selecting PhD students, both through a written test and a viva. It can judge the students’ aptitude and weigh their research proposals.

Thorat said PhD admissions through the NET could filter out students from the social and economically disadvantaged groups.

He cited a report by the A.K. Rajan committee, set up by the Tamil Nadu government, which found that a high proportion of students who cracked the NEET-UG — the all-India MBBS entrance test — had had expensive coaching. The proportion of successful candidates from rural areas, vernacular-medium schools and disadvantaged groups had fallen after the common test was introduced.

While US universities too admit research scholars through a standardised Graduate Record Examinations (GRE), the top institutions like Harvard and Stanford also evaluate the research proposal and apply “university-specific standards” during admission, Thorat said.

Ashwini Mohapatra, dean of the School of International Studies at JNU, agreed with Thorat.

“As an objective-type test, the NET is deficient in assessing a student’s research interest and potential, or writing competency,” he said.

He said that in the social sciences, an interview was a must to ascertain whether the student’s proposed research area matched the areas of specialisation of the faculty members.

“If things go on like this, the objective of the Prime Minister’s Atmanirbhar Bharat Yojana will be defeated,” Mohapatra said.

“India becoming self-sufficient is directly linked to research output and the creation of new knowledge. If we admit PhD students based on a standardised test, we shall depend on the research output of foreign universities.”

Told about the concerns expressed by Thorat and Mohapatra, Tiwari said the NET had been there for three decades and had proved its reliability.

“The argument about selecting students according to the micro-specialisation in a department or centre is against the broad idea of interdisciplinary studies,” he said.

Tiwari referred to the about 6,000 PhD aspirants who qualify for the coveted Junior Research Fellowship every year by topping the NET. Several thousand among them get admitted to the central universities “and are exempted from appearing in the individual entrance tests”, he said.

Thorat, however, said many university departments and centres — for instance, in JNU — do get the JRF-qualified candidates to take both their written entrance test and interview.

Aspiring assistant professors who crack the NET have to apply separately to individual universities and appear in an interview after a screening before they get the job.