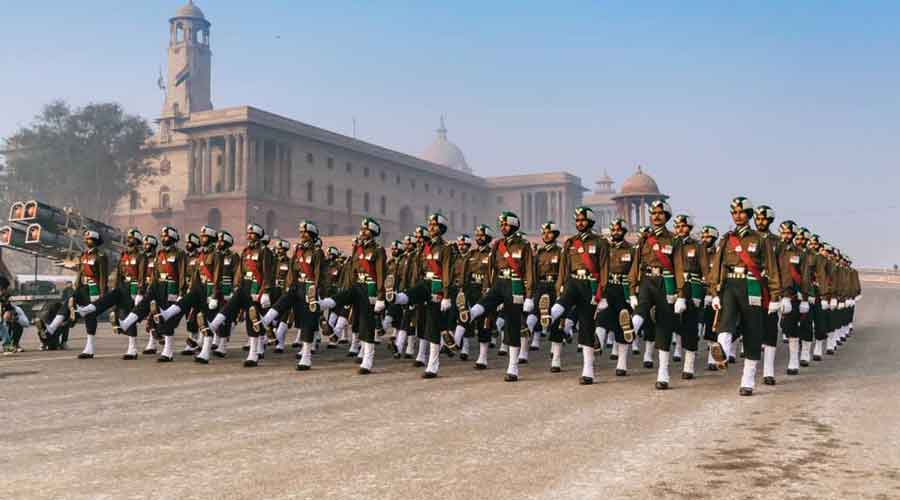 Leader of the Opposition in Karnataka, P.C. Siddaramaiah, demanded an apology from the Union government for its “disgraceful act” of dropping the tableau.
File photo
K.M. Rakesh   |   Bangalore   |   Published 18.01.22, 01:37 AM

The Kerala government had proposed the tableau comprising a replica of tourist attraction Jatayu Rock in Kollam and a statue of the social reformer. Though the tableau was recommended by the jury, it did not figure on the final list.

Bengal chief minister Mamata Banerjee had raised a similar issue in a letter to the Prime Minister on Sunday and questioned the rationale behind excluding the state’s proposed tableau highlighting the achievements of Netaji Subhash Chandra Bose and the Indian National Army on his 125th birth anniversary.

A senior official at the Kerala public relations department on Monday told The Telegraph that the state’s team based in Delhi had attended five meetings with the jury that eventually gave its nod although there were repeated demands to replace Sree Narayana Guru with Sankaracharya, the philosopher saint.

“All participating states were asked to present models linked to development, women’s safety and history as part of celebrations commemorating 75 years of India’s independence. Our proposal covered women’s safety (since the mythical bird Jatayu died trying to save Sita from being kidnapped by Ravana), tourism (linked to development), and history. But surprisingly some members of the jury repeatedly asked us to replace Sree Narayana Guru with Sankaracharya, which we did not yield to,” said the official on the condition of anonymity.

The tableau is made of two parts — a long trailer on which the Jatayu Rock replica would have been installed and the tractor on which the statue of Narayana Guru would have been fixed. The Kerala team attended the fifth meeting with the jury on December 18. The proposal was dropped by the ministry of defence that takes the final decision.

Leader of the Opposition in Karnataka, P.C. Siddaramaiah, demanded an apology from the Union government for its “disgraceful act” of dropping the tableau. “It is surprising that @PMOIndia @narendramodi has still not apologised to the nation for this great mistake of rejecting Narayana Guru’s tableau. Does it mean he is still unaware of this blunder or was he the reason for the rejection?” the former chief minister tweeted.

“Narayana Guru dedicated his entire life to reform Hinduism by fighting against social evils like untouchability. By humiliating Narayana Guru’s contribution, do @BJP4India have any face left to talk about Hinduism?” he added.

It was the Congress government helmed by Siddaramaiah that started observing Narayana Guru’s birth anniversary in the state.

H.D. Kumaraswamy, another former chief minister of Karnataka, slammed the exclusion and sought an explanation. “It is an unforgivable mistake to drop the tableau and ignorance of India’s reform movement. It puts the country in poor light with such ignorant members in the jury,” Kumaraswamy tweeted, urging the Union government to accommodate it.

Kerala education minister V. Sivankutty urged the BJP to clarify if it practised untouchability. “The BJP should clarify on whether it practice untouchability like its Union government,” he tweeted, describing the decision to drop the tableau as “an insult to the leader of social rennaisance”.

“Kerala included Guru in the tableau since he was aga­inst caste discrimination. Ev­en though BJP doesn’t want him, rennaisance Kerala is indebted to him,” the minister said.

Shashi Tharoor of the Congress questioned the rationale behind not allowing states to showcase what they wanted. “If the #RepublicDay parade is to showcase India’s diversity, why can’t the states be free to depict their ethos as they see fit? And Sree Narayana Guru was one of India’s greatest social reformers. How can MoD ask for him2b changed?” he tweeted.

Kerala BJP president K. Surendran, however, blamed “poor quality” for rejecting the proposal. “It is a lie that the tableau was dropped for not replacing Sree Narayana Gu­ru with Shankaracharya. Kerala’s tableaux haven’t been accepted for two or three years due to poor quality,” he said.