Rupak Dutta, who was in line to take over as CBI director, claims he was shunted out to favour Rakesh Asthana 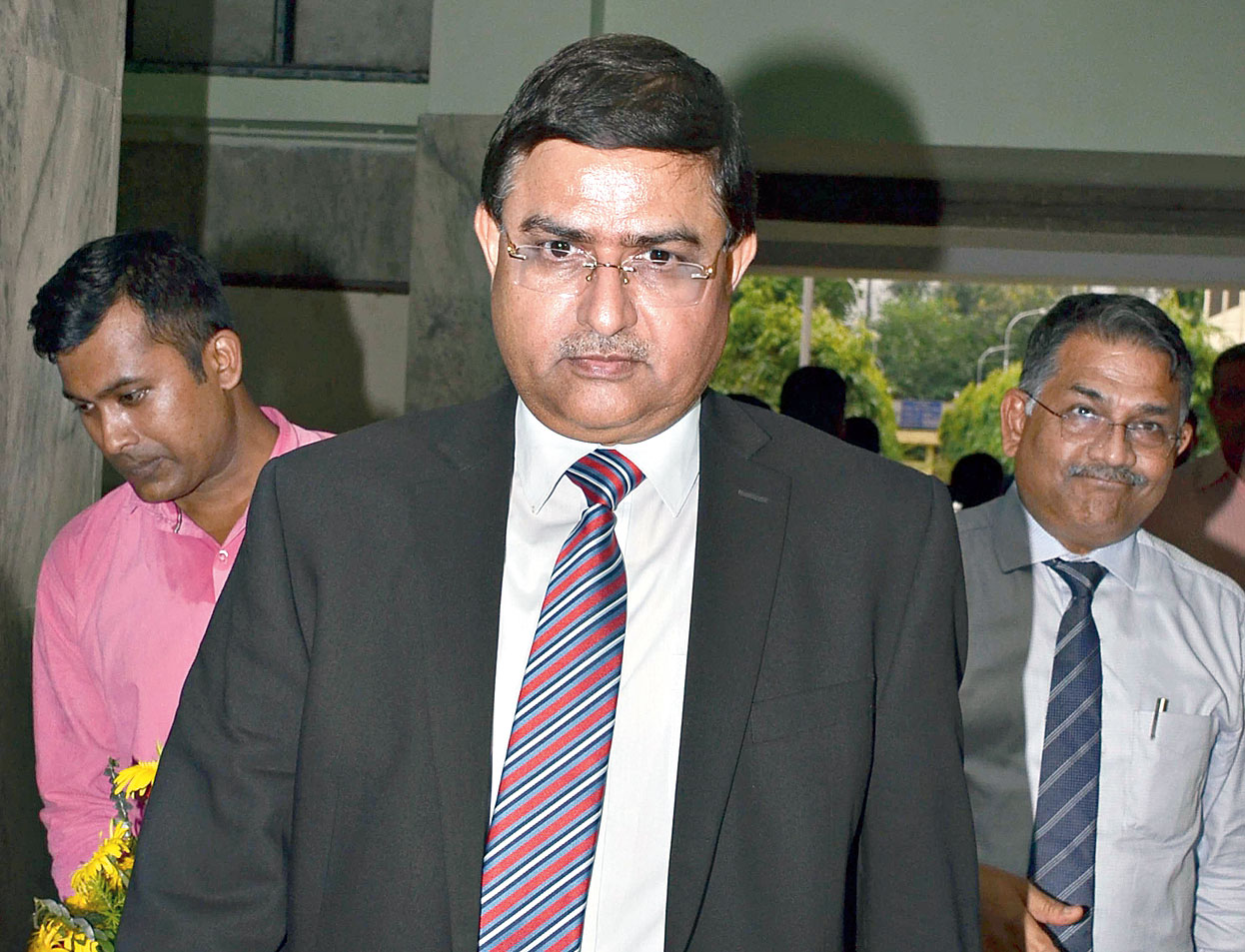 A retired IPS officer who was in line to take over as CBI director two years ago has accused the Narendra Modi government of shoving him aside to make way for Gujarat-cadre officer Rakesh Asthana, who now faces corruption charges.

Rupak Dutta told The Telegraph he believed the government had transferred him to a “newly created and insignificant” home ministry post in December 2016, when he was a special CBI director, to favour Asthana, believed to be close to Prime Minister Narendra Modi.

Dutta, who retired in October last year and is now with the Karnataka Human Rights Commission, said he was not surprised at the mess the CBI found itself in, given the government’s “manipulative actions” to people its top posts with loyalists.

Agency director Alok Verma and special director Asthana were benched on October 24 this year after they fought a bitter feud in public, hurling bribery charges against each other, and are now being investigated.

“What we are seeing is an act of God, which is the result of the government’s manipulative actions,” Dutta said, going public for the first time about the disappointment he had felt at his sudden transfer two winters ago.

Dutta had been shunted out in a surprise move three days before then agency director Anil Sinha retired in December 2016. Dutta was being tipped to be the next chief because of his seniority, and his exit left Asthana, then an additional director, as the senior-most officer in the agency.

“The government had already decided to eventually hand the agency’s reins to Asthana. So it removed me and appointed him interim director on December 2, the day Sinha retired, with the idea of appointing him the full-time director after some time,” the 1981-batch, Karnataka-cadre officer said.

A CBI source, referring to how the Modi government’s efforts to push favoured officers into the CBI had promoted factionalism, had last week told this newspaper: “The government had made up its mind to appoint Asthana as the chief. Since Dutta was an obstacle, he was unceremoniously transferred.”

However, lawyer-activist Prashant Bhushan petitioned the Supreme Court underlining that the government had failed to appoint a full-time director despite having short-listed candidates.

To ward off controversy, the government convened a collegium meeting of the Prime Minister, then Chief Justice of India J.S. Khehar and the leader of the largest Opposition party, Mallikarjun Kharge, and appointed Verma, then Delhi police commissioner, as the CBI director in February 2017.

Kharge had opposed the choice of Verma and pushed Dutta’s case, citing merit and experience, but was overruled.

“Injustice was meted out to me after I had spent 18 long years in the CBI in three stints,” Dutta, who had supervised politically sensitive cases like the 2G spectrum, coal-block allocation and AgustaWestland controversies, said.

The Modi government had begun appointing favoured officers with Gujarat links to the CBI right from the summer of 2015, bringing in Y.C. Modi and Arun Kumar Sharma as additional and joint director, and later Asthana in early 2016 as additional director.

Y.C. Modi had been part of a team that had given Narendra Modi a clean chit in a 2002 riot case; Sharma had been linked to the Ishrat Jahan fake encounter case; and Asthana had overseen the probe into the Godhra train fire and decided there was a conspiracy, a stand favoured by Narendra Modi.

Their induction triggered a power struggle right from the days of Anil Sinha, which eventually exploded in public last month.

The CVC, which the government says recommended the action against Verma, is probing the director --- with the Supreme Court setting a deadline and appointing a supervisor.

The CBI itself is probing Asthana, against whom an FIR had been lodged at Verma’s behest. But the replacement of the investigating officer last week has prompted two senior agency officers to tell the apex court and Delhi High Court they fear that efforts are on to protect the special director.

Dutta questioned the independence of the CVC, the country’s anti-corruption watchdog that oversees the CBI, while regretting that it had kept quiet when he was shunted out.

“Surprisingly, the CVC remained a mute spectator and did not say anything against my sudden removal. It’s a matter of debate how independent the CVC is,” he said.

He added that the Supreme Court had mandated the CVC to look into the appointments and removal of CBI officers to ensure the agency was peopled with officers of integrity.

Dutta said the ugly spat between Verma and Asthana had plunged the credibility of the country’s premier investigating agency to a new low.

“It will take long to restore the credibility. And for that to happen, the government needs to appoint officers with impeccable integrity and professionalism. Favouritism has severely damaged the agency,” he said.

Dutta added that the problem between Asthana and Verma started “when Asthana started acting like a de-facto director and was backed by the government”.

“What is the point in appointing a director when the No. 2 starts doing the job of a director?” he asked.

In an earlier version of this report, the then Chief Justice of India who attended the meeting was J. S. Khehar, and not Dipak Misra as originally mentioned. We apologise for the error.