Warning against slackening of precautions or strategies 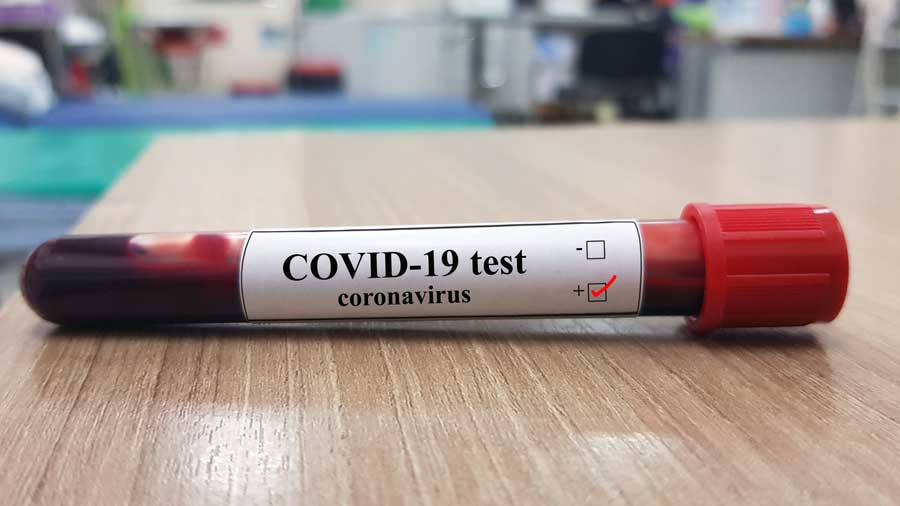 India has recorded declines in daily new coronavirus disease cases and in deaths among Covid-19 patients for three consecutive days, senior health officials said on Tuesday, but warned that these trends do not warrant any slackening of precautions or strategies.

The declines in both sets of absolute numbers come against the backdrop of a steady fall in India’s case fatality rate — mortality among lab-confirmed Covid-19 patients — from 2.89 per cent in early July to 1.94 per cent in mid-August.

“These are positive and reassuring trends, and significant because we’re seeing these declines have happened even amid increased testing,” Vinod Paul, a senior paediatrician and member of the Niti Aayog, the government’s top think tank, told reporters.

But he cautioned against attempts to use these trends observed over just three or four days to make any interpretations about the course of the pandemic in India.

“Has the challenge gone away? No way. A large proportion of our population is still susceptible. The virus may yet hurt us with full force,” Paul said, underlining the need for continued use of precautions such as face masks, physical distancing, and hand and respiratory hygiene, among others. 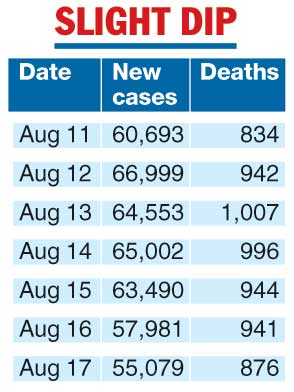 Data from the Union health ministry have also shown a decline in positivity — the proportion of positive cases among those tested — from 10 per cent in early July to 7.72 per cent in mid-August.

“The important point is that in spite of a sustained level of nearly 700,000 to 800,000 tests a day, the positivity figure has come down,” said Rajesh Bhushan, the Union health secretary.

The health ministry has attributed the fall in the CFR to aggressive testing that leads to early detection of positive cases and efficient clinical management of Covid-19 patients.

“There is no reason to slacken our guard,” Bhushan said, after referring to the downward trends in the daily new cases and deaths and the CFR. “We need to stay vigilant and pursue containment, surveillance and testing at the same level of efficiency and aggressiveness as we have so far,” he said.

The ICMR had on June 25 expanded its Covid-19 testing strategy to make available diagnostic tests to anyone with respiratory symptoms anywhere in India. “Testing is nearly on-demand now — we’re nearly there,” Paul said. The daily tests have increased from an average of 230,000 during early July to over 800,000 in mid-August.

Paul, who is also the chair of a government panel on vaccines against Covid-19, also said the results of early safety and efficacy trials of the two homegrown vaccines were expected within the next four to six weeks.

The results of the large-scale efficacy trial of the Oxford vaccine candidate conducted by the Serum Institute of India, Pune, at multiple sites across the country could take more time to emerge, he said.

“We shouldn’t assume that a vaccine (candidate) under trial will be successful,” Paul cautioned. “We want these three vaccines and many others to succeed,” he said, cautioning that all the candidates now under development worldwide might not emerge as vaccines.

The World Health Organisation’s August 13 update on vaccines says 29 candidates are under human clinical trials while 138 other candidates are either undergoing lab or animal studies.