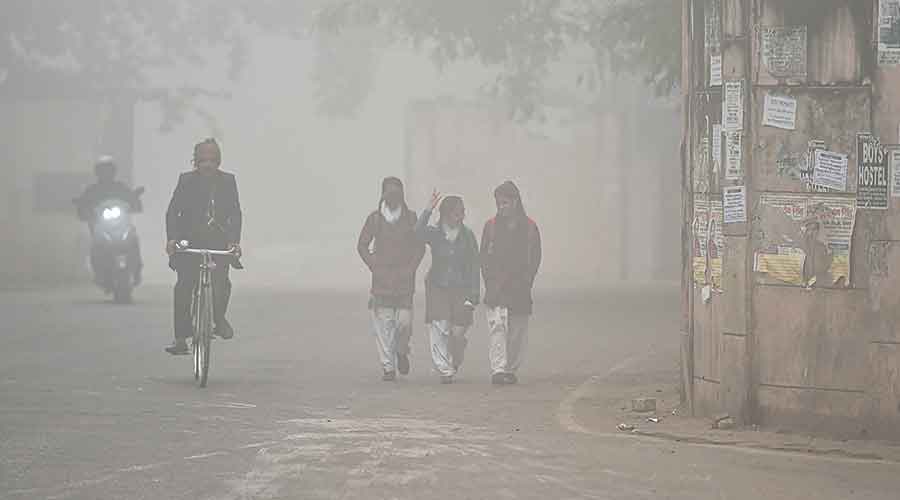 A number of global climate reports released recently have pointed to a “record drop” in carbon dioxide in the atmosphere in 2020 because of reduced economic activities caused by the pandemic.

The reports, however, have warned that the world is still heading towards a temperature rise in excess of 3°C this century unless the countries become more ambitious and effective with their emission cuts.

The reports have listed India among the countries with the maximum emission cuts due to Covid-induced restrictions. They have also recognised India’s “high” rank in climate performance over the last year.

The Global Carbon Project, which is part of the Future Earth research initiative on global sustainability, said in a report on Friday that “global fossil CO2 emissions are expected to decline approximately 2.4 billion tonnes of CO2 in 2020 (-7 per cent), a record drop”.

“The decrease in 2020 emissions appears more pronounced in the US (-12 per cent), EU27 (-11 per cent) and India (-9 per cent), with the extensive Covid-19 restrictions enhanced by pre-existing trends, and least pronounced in China (-1.7 per cent),” the report said.

However, the report warned that “cuts in global emissions of the order of 1 to 2 billion tonnes of CO2 are needed each year between 2020 and 2030 to limit climate change in line with the Paris Agreement goals”.

The Emissions Gap Report 2020, released recently, stated that the “world is still heading for a temperature rise in excess of 3°C this century — far beyond the Paris Agreement goals of limiting global warming to well below 2°C and pursuing 1.5°C”.

The report points out that “governments should pull out all the stops to implement a green recovery and strengthen their pledges before the next climate meeting in 2021”.

The report has reminded that despite the pandemic, “the year 2020 is on track to be one of the warmest on record, with wildfires, droughts, storms and glacier melt intensifying”.

Earlier, the Climate Change Performance Index (CCPI), 2021, released by Germanwatch and New Climate Institute together with the Climate Action Network (CAN International) had also pointed out that the dip in greenhouse gas emissions in 2020, induced by the pandemic, might turn out to be temporary if no structural changes were made.

The report has given India a “high” rank — 10th — one place lower compared to last year but above most developed and developing countries in climate performance. It, however, warned that overall none of the countries are on track to achieve the goals finalised in the Paris Agreement.

“The report does not consider the equity and CBDR (common but differentiated responsibilities) factors which are critical in the United Nations Framework Convention for Climate Change process. If those are considered, India would have performed better,” Ravi Shankar Prasad, additional secretary in the Union ministry of environment, forests and climate change, told The Telegraph.

“India’s performance is both by default and design. On one side an extremely low per capita emission value due to high population size helps, but we also should recognise the solar power transition in the last decade,” said Chandra Bhushan, a climate change expert.