India lost an estimated 68,700 children in 2015 to pneumonia or meningitis caused by pneumococcus bacteria, a study released on Tuesday said, providing the newest calculated estimates and calling for expanding vaccine coverage to lower the disease burden. 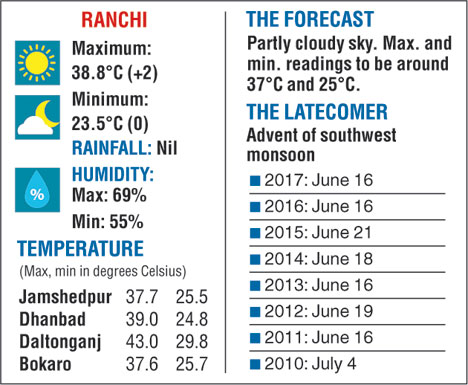 New Delhi: India lost an estimated 68,700 children in 2015 to pneumonia or meningitis caused by pneumococcus bacteria, a study released on Tuesday said, providing the newest calculated estimates and calling for expanding vaccine coverage to lower the disease burden.

But the study has also indicated that India's child mortality from pneumococcus infections declined by over half between 2000 and 2015, before the Union health ministry introduced vaccines against this infection in three states in 2017 with foreign donor funding.

The study, which analysed the disease burden worldwide caused by two bacteria, pneumococcus and Haemophilus influenzae type-B (HiB), found India's mortality rate from pneumococcus among children below five years of age to be 56 per 100,000 children in 2015.

While vaccines against pneumococcus and HiB have likely accelerated global declines in child mortality from these infections, the findings suggest that other factors such as improved access to healthcare and better hygiene could have also contributed to declines in deaths since 2000.

"The average annual decline in child deaths from pneumococcus jumped from three per cent during 2000 to 2010 to eight per cent after 2010 when many high-burden countries began immunisation with pneumococcal vaccines," said Brian Wahl, the study's lead author and assistant scientist at the International Vaccine Access Centre at the Johns Hopkins Bloomberg School of Public Health.

Their estimates have suggested that only four countries - India, Nigeria, the Democratic Republic of Congo and Pakistan - accounted for about half of the world's pneumococcal deaths. "The pneumococcal disease burden is now limited to a few countries that have not introduced the vaccine or have not yet fully scaled up the vaccines," Wahl said in a media release.

"Improved access to healthcare, including early diagnosis and treatment, could explain this decline between 2000 and 2015," Wahl told The Telegraph. The National Rural Health Mission launched in 2005, which encouraged village-level social health workers to detect seriously ill children and refer them to health facilities, could also have contributed to the decline observed up to 2015, he said.

Pneumococcal vaccines have been available to children in India through the private healthcare sector for several years. But experts estimate less than 10 per cent of eligible children in the country are likely to receive the three-dose vaccine mainly because of its high cost. It was priced Rs 3,200 per dose in 2013.

The GAVI website says the alliance has disbursed $109 million to India for pneumococcal vaccines for the years 2017, 2018 and 2019. Health experts say the health ministry would need to invest more in immunisation to expand pneumococcal vaccine coverage across India.

A study published last month by the Centre for Disease Dynamics, Economics and Policy (CDDEP) had estimated that the introduction of pneumococcal vaccines would cost $240 million (Rs 1,620 crore), more than double the Rs 700 crore India spent on immunisation in 2014-15.

Such an investment would avert about 34,800 deaths annually, assuming vaccine coverage levels and distribution of 77 per cent, or similar to those of routine diphtheria, pertussis and tetanus vaccination, Ramanan Laxminarayanan and his colleagues at the CDDEP wrote in their study in the journal BMJ Global Health.

"Introducing the vaccine protects the population, especially the poorest wealth quintile, from potentially catastrophic expenditure," the CDDEP paper had said. Health experts point out that immunisation will also likely reduce the need for hospitalisation for thousands of children.