‘CAA-NRC a road to Hindu Rashtra’ 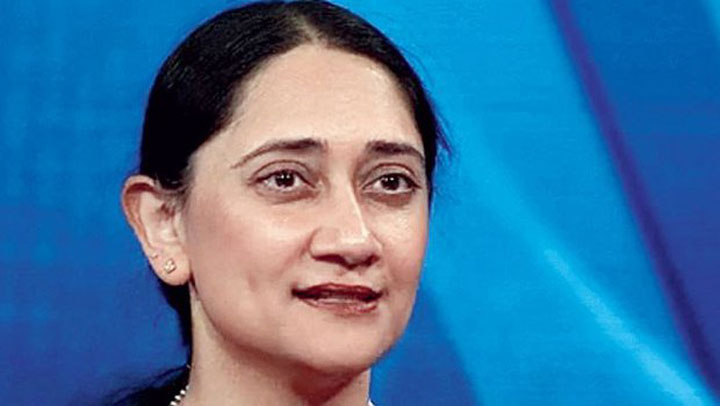 Neeti Nair, associate professor of South Asian history at the University of Virginia in the US, tells G.S. Mudur of The Telegraph that the Citizenship (Amendment) Act and the National Register of Citizens represent steps towards a “Hindu Rashtra” that should be “summarily dismissed both by the people and by the courts”.

Excerpts from the interview with the author of the 2011 book, Changing Homelands: Hindu Politics and the Partition, who is currently exploring the challenges to secularism in India.

Q: How serious a threat to India’s secularism are the Citizenship Act and the National Register of Citizens? Some people believe these are steps towards a Hindu Rashtra. Do you share these concerns?

A: Yes. Secularism needs to be anchored in institutions and, for our time, it also needs to remain an aspiration despite the evident imperfections in its implementation. What the CAA (Citizenship Amendment Act) does is make legal a ranking of refugees along lines of religion.

Coupled with the NRC (National Register of Citizens), which home minister Amit Shah has promised is on the anvil, so that lakhs of Hindus who have been left out of the Assam NRC might not be sent off to detention centres, the CAA-NRC is a route to the creation of a Hindu Rashtra.

Q: The BJP had signalled an intention to move towards the CAA and the NRC in its 2019 election manifesto. So should the country have been prepared for this?

A: What is important to note is that the intention of taking care of Hindus in an imagined Akhand Hindustan was always part of the manifesto of the Hindu Mahasabha — a frenemy of the Jana Sangh, the BJP’s predecessor -— in the 1950s. The present leadership of the BJP reminds me of that most intractable and uncompromising strand in the leadership of the Hindu Mahasabha, led by Ashutosh Lahiry.

In the wake of Gandhi’s assassination — which was perpetrated by Nathuram Godse, a member of the Hindu Mahasabha — leading to its temporary ban by the Sardar Patel-led home ministry, the central parliamentary board of the newly christened Akhil Bharat Hindu Mahasabha had released a pamphlet, “Mahasabha and its Ideals”, in December 1950. A campaign manifesto before the first general election held in independent India, it is critical reading to understand the worldview of the Mahasabha.

Article 2, titled “The Ideal of Hindu Rashtra” or a “National Home for the Hindus”, describes the Hindus as a “homeless people in the modern world”.

It further says: “The Hindu Mahasabha regards, and shall officially declare when in power, the present state of Bharat (and after reunion with Pakistan, the entire land from the Himalayas to the seas) to be the ‘National Home of the Hindus’, or ‘Hindu Rashtra’, and shall take upon its shoulders the moral and legal responsibility of protecting and promoting Hindus’ cultural, economic and political interests, and of rehabilitating Hindu refugees within its territorial jurisdiction in the event of non-Hindu people turning hostile to their Hindu neighbours….

“The Hindu Rashtra shall thus be the natural ‘National Home of the World Hindus’ (as Israel is of the world Jewry) and all Hindus, no matter where they reside and belong, shall have full claim upon, and a share in, its assets and liabilities and shall look to Bharat -– their mother country -– for inspiration and guidance as much for the preservation of their self-interest as for the promotion and dissemination of Hindu culture and (the) Hindu outlook on life.”

For the Hindu Mahasabha and the present leadership of the BJP, this goal is now within grasp. But, as numerous commentators have already noted, what the NRC will do is effectively disfranchise Muslim citizens within India who will be expected to produce draconian documentation attesting to their residency status, failing which they will be forced into detention centres. Hindus who fail to produce such documentation will still be eligible for citizenship.

Q: How do you view India’s moves on the NRC and the CAA in the context of similar actions — if any are comparable — elsewhere?

A: The closest parallel for us is that of Myanmar. New citizenship laws to eliminate Rohingyas who do not figure among a list of 135 “national races”, new forms of registration and temporary residence cards, state-sponsored Buddhist migration into the Muslim-dominated northern Rakhine state, and a state-sanctioned climate of anti-Muslim bigotry have parallels to the situation in India. Yesterday’s hero and Nobel Prize winner for peace, Aung San Suu Kyi, is today facing charges of genocide at the International Court of Justice at the Hague.

Q: How do you view the current protests and opposition to the CAA and the NRC? Do you view these protests as signals of what you have said earlier: that it won’t be easy to eliminate secularism?

A: Yes, absolutely, the protesters are signalling their faith in a different India. They are telling us that they have understood the real intention behind the CAA-NRC — and they reject it.

Their messages have also been correctly comprehended by various chief ministers who have declared their refusal to participate in this witch-hunt for imaginary numbers of illegal immigrants.

This is a movement that has the momentum and potential to grow into something much greater. We see a coming together of a fight for a secular and a more federal union. Shutting down the Internet is not going to shut down protests. However, it is irremediably altering the soft power of India — a power that has been assiduously cultivated by sundry ambassadors of “Incredible India” for decades past.

A: I cannot obviously predict if tear gas and bullets will win over the protesters who have taken to everything from stone-pelting to suicide to mark their acute anger. But through the annals of Indian history, we have seen great guardians of empires unable to carry out their own judicial verdict because of the sheer force of public opinion.

Recall the verdict that claimed that Prem Kumar Sehgal, Gurbaksh Singh Dhillon and Shahnawaz Khan of the Indian National Army had committed treason. Was that sentence of deportation for life carried out? And, for what did the INA fight the British? Certainly not to create a Hindu Rashtra.

This not-so-new but suddenly viral idea of a Hindu Rashtra is preposterous. It should be studied closely, and summarily dismissed, both by the people and by the courts.