BSF to deploy UAVs along the India-Bangladesh border 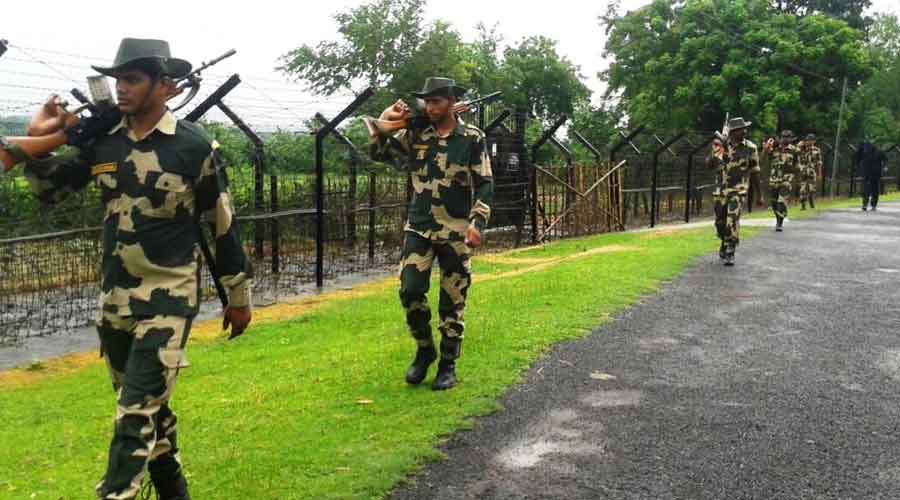 The BSF is deployed along the 4,096km-long international border with Bangladesh that runs through Bengal, Assam, Tripura, Meghalaya and Mizoram
File picture
Imran Ahmed Siddiqui   |   New Delhi   |   Published 23.11.20, 02:18 AM

The Centre has given the go-ahead to the Border Security Force to deploy unmanned aerial vehicles along the India-Bangladesh border to crack down on infiltration and smuggling, sources in the BSF said on Sunday.

The BSF has also started work on sealing segments of the borders with Bangladesh and Pakistan with a smart-technology-aided fence to check the increasing incidents of infiltration.

“The Centre’s approval to the long-standing proposal to deploy UAVs along the Bangladesh frontier is a welcome step. The aerial surveillance will help our personnel to go a long way in keeping a close eye on vulnerable zones prone to infiltration,” said a senior BSF officer.

The BSF is deployed along the 4,096km-long international border with Bangladesh that runs through Bengal, Assam, Tripura, Meghalaya and Mizoram.

The UAVs are supposed to provide real-time images of possible infiltration attempts. “It will also be useful in cracking down on smuggling of fake currency notes, cattle and narcotics, besides human trafficking,” the BSF officer said.

Two men have been arrested for allegedly snatching gold chains from a woman journalist and the wife of a former Meghalaya police chief in southeast Delhi, officials said on Sunday. The man to whom they sold the stolen items has also been arrested. The three accused have been identified as Alok Ranjan, 23, Gufran, 26, and Vishwanath Das, 32.