The film industry has expressed mixed feelings over the incident. 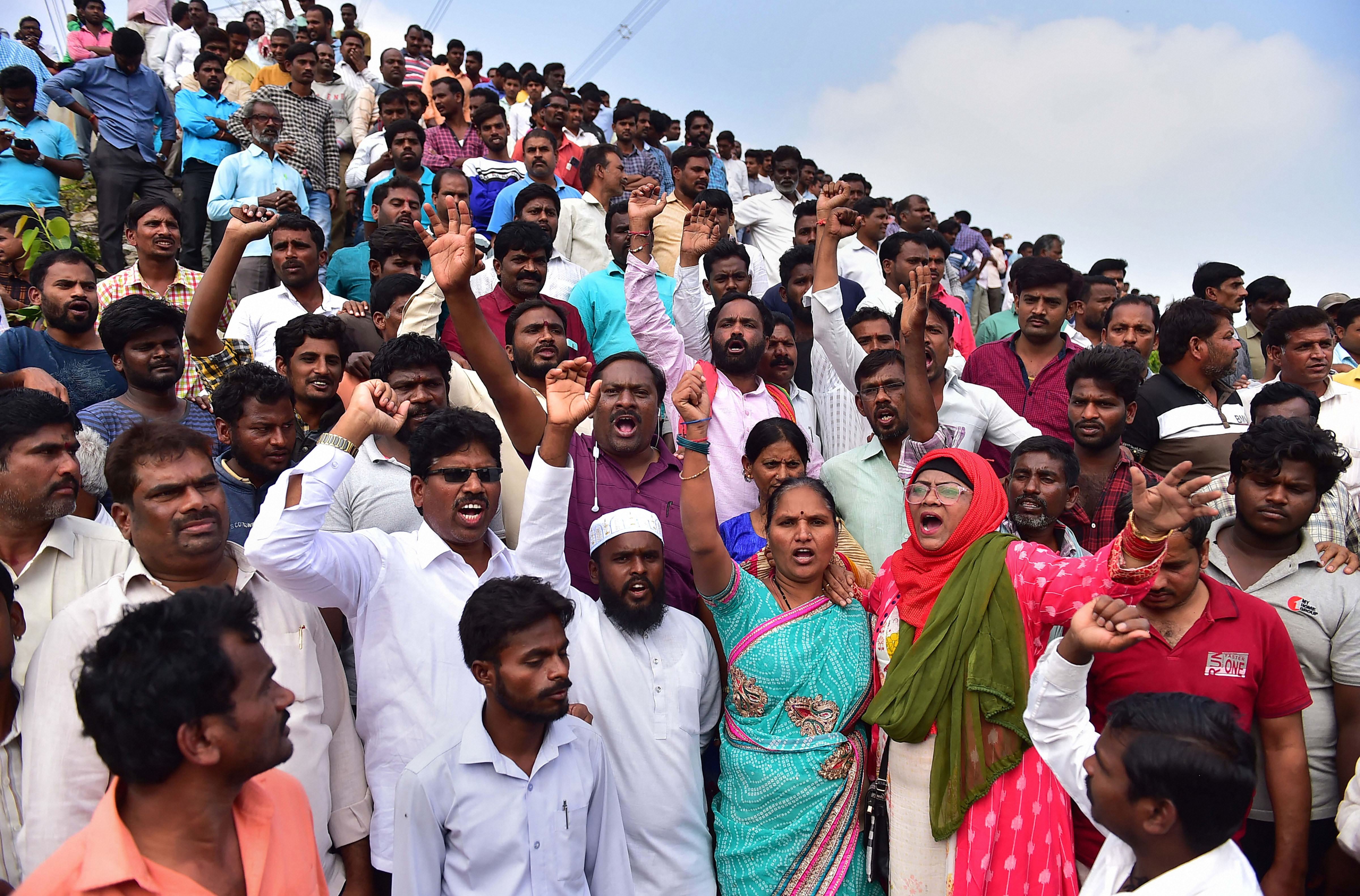 People raise slogans in favour of Hyderabad police at the encounter site, where four accused in the rape and murder case of a woman veterinarian were shot dead by police, at Shadnagar of Ranga Reddy district in Hyderabad, Friday, December 2019
PTI
The Telegraph   |   New Delhi   |   Published 06.12.19, 10:21 AM

Just as other netizens, whose reactions have flooded Twitter since morning, Bollywood celebrities too took to the social media platform to express their views on the police encounter of four persons accused in the rape and murder case of a woman veterinarian.

Many of these Bollywood celebrities hailed the encounter, saying that justice has been 'served.' A few expressed displeasure over the incident.

While Dino Morea said that 'justice has been served,' Vivek Oberoi referred to the incident as a form of 'poetic justice.'

Justice has been served, and served well.

.Kudos to @TelanganaCMO and the @cyberabadpolice especially #VCSajjanar for delivering true justice swiftly and strongly! This sends a strong message to those monsters who break the law and hide behind the system. I am sure all such monsters are shaking with fear now! @cpcybd

Nagarjuna Akkineni too said that 'justice has been served.'

This morning I wake up to the news and JUSTICE HAS BEEN SERVED!! #Encounter

Producer Bunty Walia called the encounter the 'best way' to deal with rapists.

Esha Gupta said the police did what the courts 'are unable to do.'

The police did a great job, a great example has been set by this encounter, what the courts are unable to do, they did. Justice has been delivered. Now can we please hope for the same for Nirbhaya as well? And please let’s not argue about the “human rights” or these inhuman scums

However, many disagreed with their counterparts in the film industry.

We live in a time where the absolute failure of the justice system is hailed as "justice".

Just so you know, cops killing people without a trial can land at your door too, someday.

Swara Bhaskar, who had pinned a tweet that says to assume her dead if she is not part of a Twitter controversy once a week, did not say anything. Instead, she just retweeted.

Now nobody will ever know if the four men killed by the police were innocent men, arrested fast to show action. And whether four of the most brutal rapists roam free, to rape and kill more women.#EncounterNight #Encounter https://t.co/LEXxSKWzre

In Ryan International murder case, Bus Conductor was arrested. Public wanted instant justice. Lawyers refused to take his case. Later turned out he was innocent. Cops had tortured him to confess. Thankfully he wasnt shot in encounter before and case closed with people cheering

This is not justice. This is the police breaking the law . It’s dangerous. The legal system exists for a reason. https://t.co/5aoSRTLt2I

Ranvir Shorey called the encounter a 'perversion of the justice system.'