You can do anything to protect cows, but not human beings, asked the former Union minister 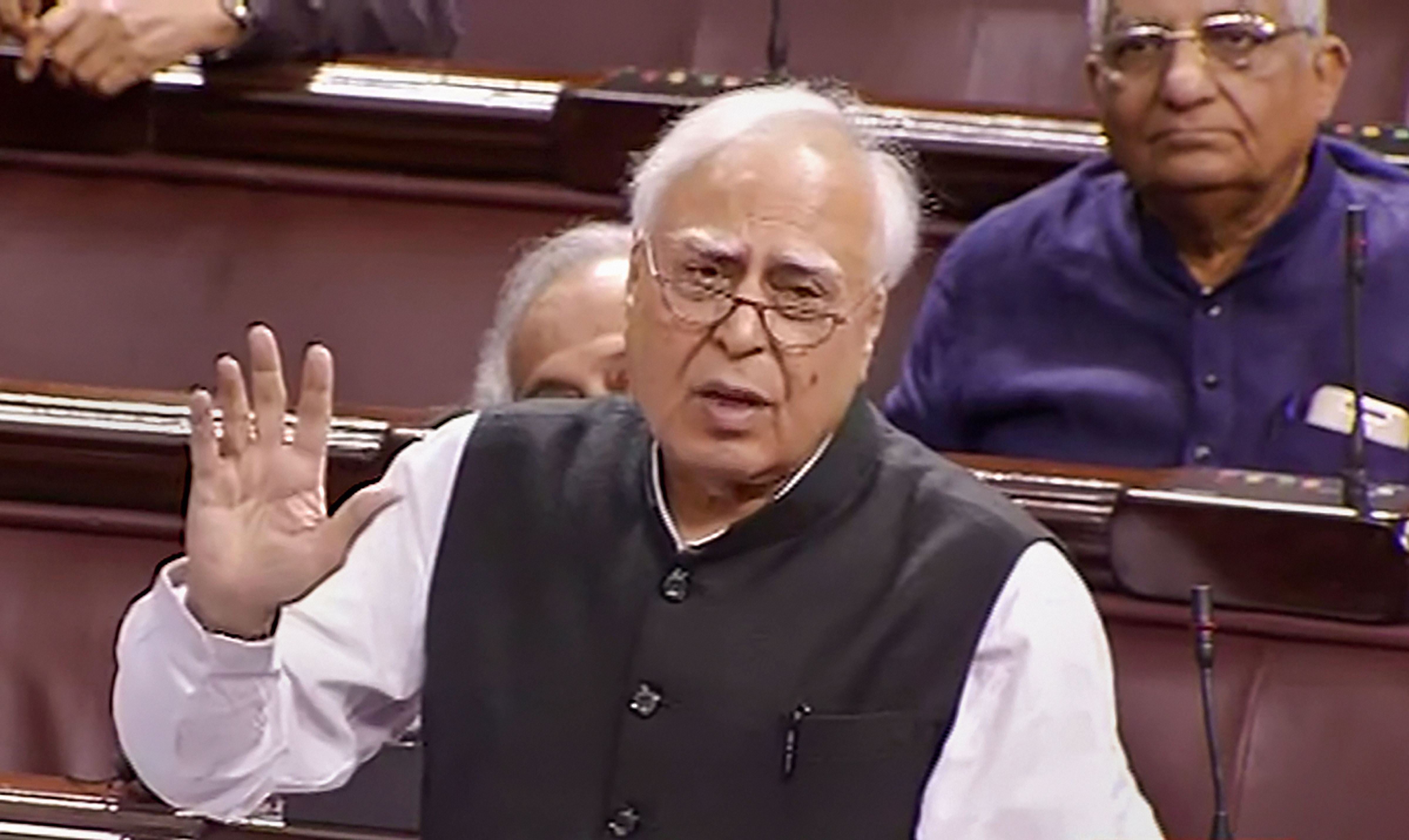 Accusing the ruling BJP of unleashing a 'communal virus' in India that wreaked havoc, senior Congress leader Kapil Sibal on Thursday asked Union home minister Amit Shah why registration of FIRs was delayed against perpetrators of hate speeches, which he claimed amounted to 'a licence to kill'.

Initiating a short-duration debate in Rajya Sabha on the recent law and order situation in some parts of Delhi, Sibal alleged that while the national capital was burning, Prime Minister Narendra Modi was silent on the matter for 70 hours and the police machinery was busy destroying evidences and supporting violence or rioters.

Pointing towards Shah, who was present in the Upper House, Sibal asked why FIRs were not registered against those who delivered hate speeches that 'incited' communal violence in Delhi.

'You can do anything to protect cows, but not human beings? Do we need to bring another Article to ensure the protection of human beings,' he said, referring to provisions of the Constitution on cow protection.

Mentioning the spread of coronavirus, he said 'we know the roots of the virus' and 'we know' who were the 'collaborators' of the riots. 'The home minister must have seen footages of policemen destroying CCTV cameras,' he said.

He said Delhi has a strong police force of 87,000 but unfortunately the riots could not be contained.

The violence in northeast Delhi last month claimed 53 lives and left over 200 injured. The riots were triggered by clashes between those protesting the Citizenship Amendment Act and those supporting it.

Sibal, a former Union minister, said the riots were 'orchestrated' just as the celebrations to welcome US President Donald Trump.

The riots in Delhi had taken place during Trump's visit to India.

'Everyone knew what was happening, but the Delhi Police knew nothing,' he alleged.

Sibal also said it was a paradox that on February 25, the government termed the Delhi riots 'spontaneous', whereas the home minister in Lok Sabha said it was a conspiracy.

'This was a license to kill...,' he alleged, adding that if the government wanted to control the situation it could have easily done so.

He also warned against communalising the youth. If the 'virus' is spread among the youth, democracy will be destroyed, he said.

He took a dig at the government saying that the solicitor-general when asked by a judge about the FIRs said it was not an opportune time.

Taking part in the debate, Sudhanshu Trivedi of the BJP said it was wrong to blame the Delhi Police for everything saying, 'the situation of the Delhi Police has become like Iraq. They are being attacked for every wrong that is happening.'

Referring to National Security Advisor Ajit Doval's visit to riots-hit areas, the TMC MP asked, 'If Delhi Police were doing a good job, why was the chain of command superseded and the NSA was given command?'