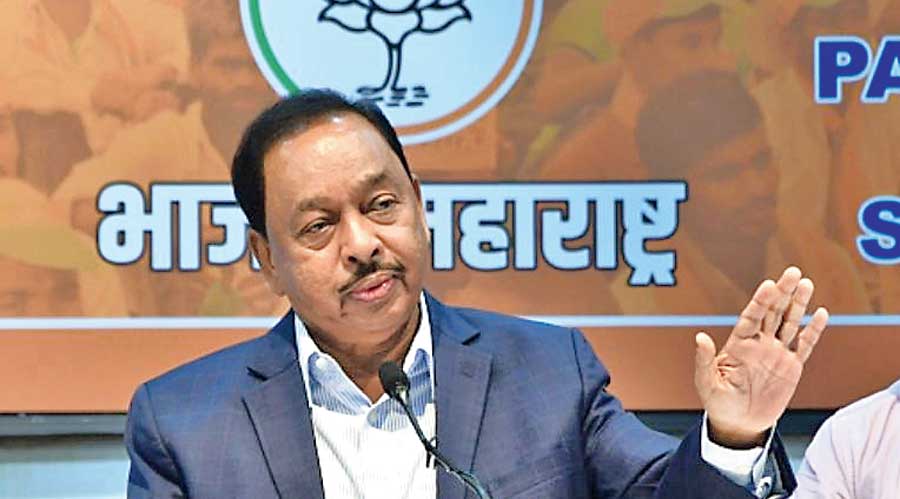 Union minister Narayan Rane on Friday claimed that the BJP will form government in Maharashtra in March.

Rane's statement came on a day when state BJP leaders Devendra Fadnavis and Chandrakant Patil as well as NCP chief Sharad Pawar and his party colleague Praful Patel were in the national capital, sparking speculation.

Speaking to reporters in Jaipur, Rane said, "BJP will form government in Maharashtra in March." Asked to elaborate, he said toppling and forming governments is done in secrecy and it can not be discussed in public.

''State (BJP) president Chandrakant Patil has spoken about this and I hope it comes true,'' Rane said.

Sources in the BJP and NCP played down the significance of the visits of their respective leaders to the national capital at the same time. Fadnavis and Patil were in Delhi to discuss "organizational matters" with the central leadership, said a BJP leader.

Pawar traveled to Delhi to attend a meeting of the parliamentary standing committee on defense and his schedule had been planned a week ago, an NCP source said. The MVA government was formed in November 2019, after Assembly elections, as the Shiv Sena walked out of its decades-old alliance with the BJP over the issue of sharing the chief minister's post.