While chief minister Kamal Nath welcomed the BJP's decision, a state minister said he was hopeful that the Opposition party would withdraw its candidate 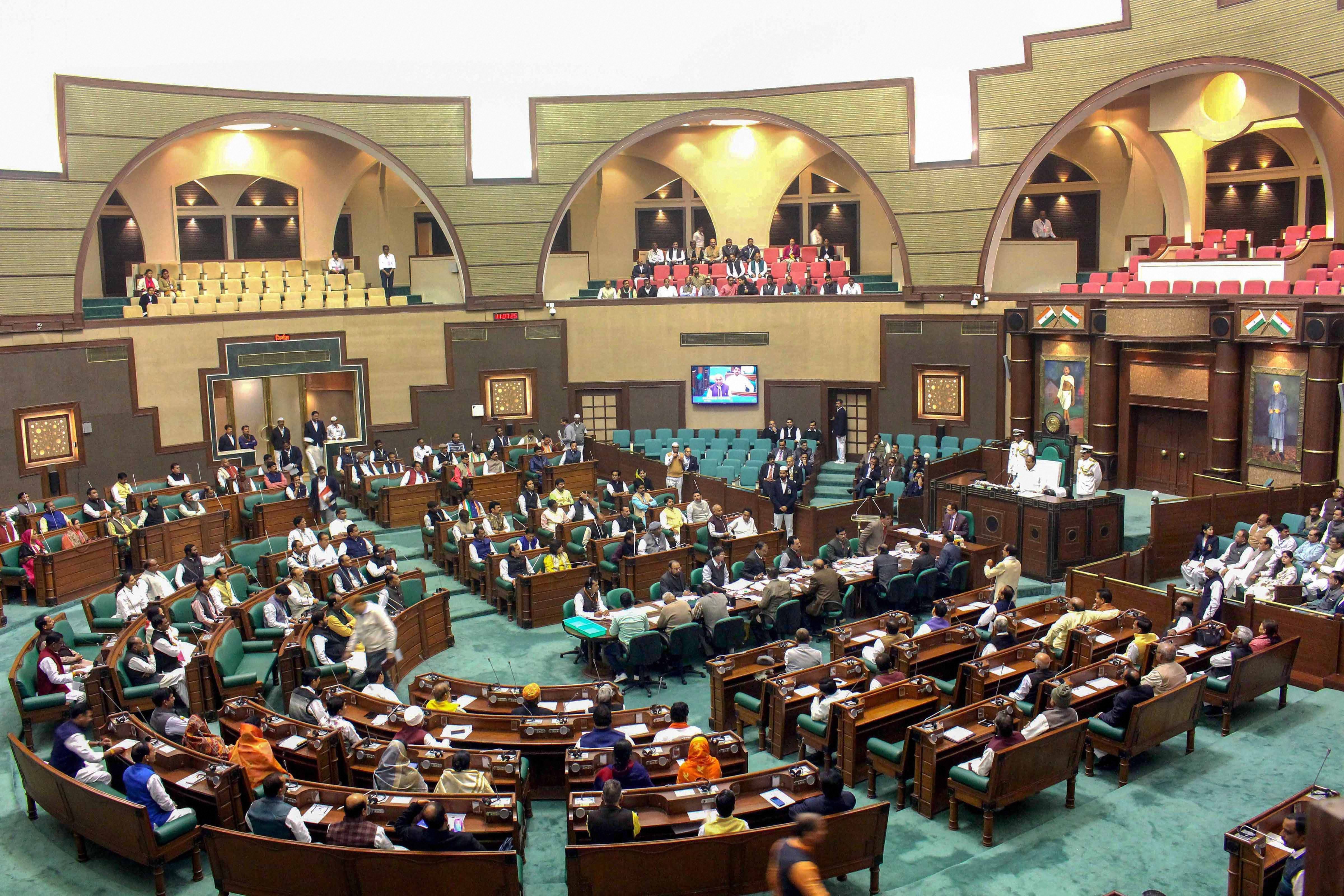 The Opposition BJP in Madhya Pradesh on Monday entered the race for the post of the Legislative Assembly Speaker even as the ruling Congress's candidate filed his nomination for it.

While chief minister Kamal Nath welcomed the BJP's decision, a state minister said he was hopeful that the Opposition party would withdraw its candidate as the state had the tradition of electing the speaker unanimously.

'It has been a tradition in MP to elect the speaker unanimously. I hope the BJP will withdraw its candidate,' state public relations minister P.C. Sharma said.

The election for the speaker's post, if needed, would be held on Tuesday.

N.P. Prajapati, the Congress MLA from Gotegaon, filed his nomination for the post at the Assembly secretariat.

The BJP fielded former minister and Harsud MLA Vijay Shah, alleging that the Congress 'deviated from the tradition in appointing the pro tem speaker'.

'Democracy is run by tradition. Madhya Pradesh has a long history of tradition. But, the Congress has deviated from the established traditions. The senior-most MLA (in the newly elected Assembly) should have been appointed as speaker, irrespective of his/her party,' BJP's state unit chief Rakesh Singh told reporters at the state party headquarters in Bhopal.

He pointed out that newly-elected Madhya Pradesh chief minister Kamal Nath, the senior-most member of Parliament, was the Lok Sabha's pro tem speaker.

However, Nath welcomed the BJP's decision to field its candidate for the speaker's post. 'I welcome their (BJP's) decision. Everything will be clear tomorrow (Tuesday),' the chief minister told reporters.

Asked about allegations that the Congress deviated from tradition in appointing the senior-most MLA as pro tem speaker, Nath said he does not want any lessons on the issue from the BJP.