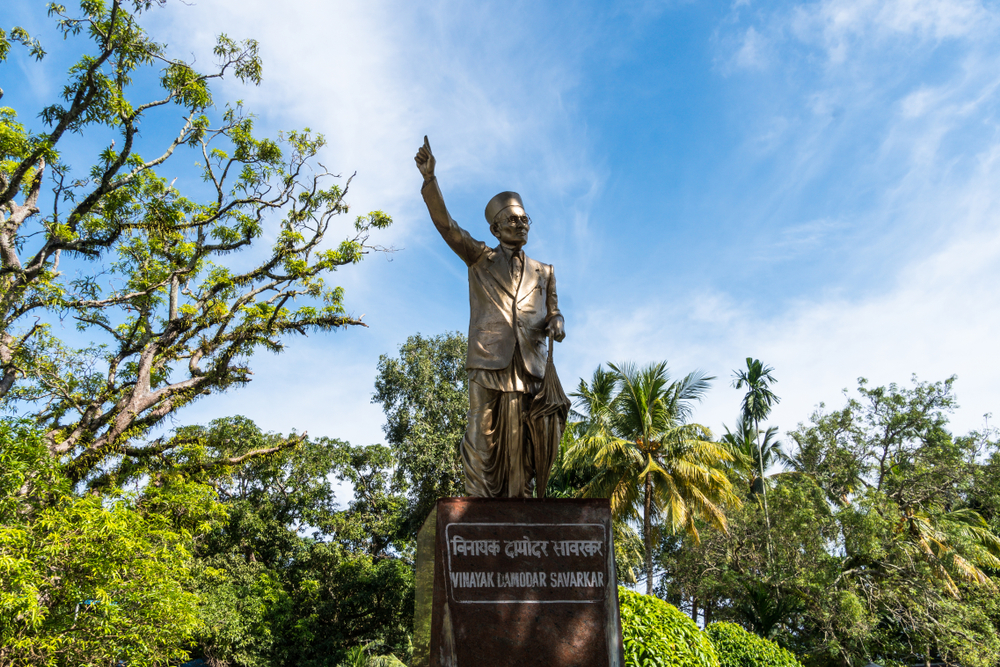 The Congress is facing flak from the BJP as well as the Shiv Sena, its coalition partner in the Maharashtra government, over a booklet distributed by Seva Dela that has questioned Vinayak Savarkar’s credentials as a patriot.

The booklet, titled Veer Savarkar, Kitne ‘Veer’?, was distributed at a camp of a Congress-affiliated organisation in Madhya Pradesh.

Shiv Sena MP Sanjay Raut on Friday hit out at its coalition partner without naming the party, saying the booklet shows the “dirt in the mind” of a section of people.

“Veer Savarkar was a great man and will remain a great man. A section keeps talking against him. This shows the dirt in their mind,' Raut said, responding to the insinuations in the booklet, titled 'Veer Savarkar, Kitne 'Veer'?” the Rajya Sabha MP said.

The booklet alleges that Savarkar, after his release from Andaman's Cellular Jail, received a pension from the British, and that he was close to Mahatma Gandhi's assassin Nathuram Godse.

Fadnavis said the Congress had exhibited its 'wicked' psyche by circulating such a booklet, which underscored its 'intellectual bankruptcy.'

'The BJP strongly condemns the booklet. Venerable Hinduhriday-samrat Shiv Sena chief Balasaheb Thackeray would have been the first to react in his archetypal style (to the booklet) had he been around,' he said, using the popular epithet of `king of Hindu hearts' for the Sena founder.

'Today… expect that the chief minister announces immediate ban on the book,' Fadnavis said in a series of tweets.

.@BJP4India strongly condemns this book.
HinduHrudaySamrat ShivSenaPramukh Balasaheb Thackeray ji never ever tolerated such dirty words against Savarkar ji. He would’ve been the first to react & that too in his own style.

Though we cannot expected that today, we expect an immediate ban on this book by Maharashtra CM.

SwatantryaVeer Savarkar ji is undoubtedly one of the greatest freedom fighters & inspiration for all of us!
Congress party has shown its distorted mentality by distributing a book which uses extremely cheap,insulting words for Veer Savarkar ji.Congress shows its mental bankruptcy pic.twitter.com/m2XCjK3vCN

The former chief minister also took a dig at Shiv Sena, “which entered into an unnatural alliance with such a bankrupt party (the Congress),” if it will entertain such insults to Savarkar just for the sake of staying in power.

Maharashtra BJP president Chandrakant Patil demanded an apology from the Congress for the 'perverted' contents in the booklet.

'The booklet contains lies and perverted content. The Congress should tender an apology for the same,' Patil said.

Union minister Smriti Irani too trained her guns at the Congress, saying the Sonia Gandhi-led party will have to answer to the people of Maharashtra and the nation’s patriots for “insulting the sacrifice” of Savarkar.

'The Congress, which is one of the ruling parties in Maharashtra, will have to answer the Marathi people and all patriots in the country how long will it continue to insult the sacrifice of Veer Savarkar,' Irani said at the Delhi BJP office.

She also asked why the Congress considers it as its 'birthright to humiliate' Veer Savarkar.

Irani made the remarks while launching BJP's “Meri Dilli Mera Sujhav” campaign along with other leaders including the party's Delhi unit chief Manoj Tiwari to gather feedback of people of Delhi to draft the party's manifesto for the forthcoming Assembly polls.