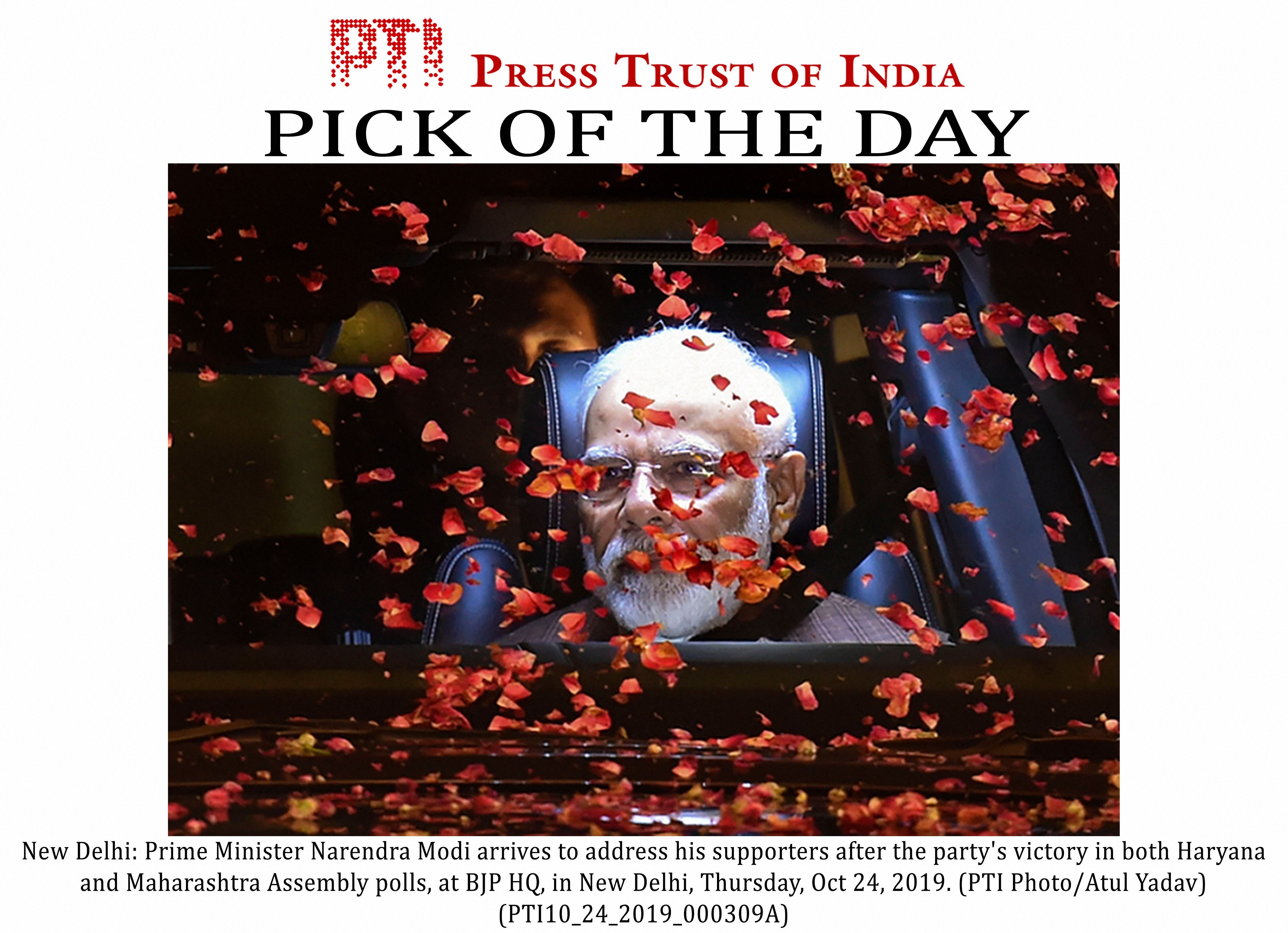 Maharashtra is set to remain with the BJP, but in Haryana, where it is the single largest party but short of majority, there is a fight ahead.

The Assembly election results have thrown up several interesting details.

The BJP's topmost leadership has indicated that Manohar Lal Khattar will stake claim to form a government in Haryana.

This evening, Prime Minister Narendra Modi, while thanking supporters outside the BJP headquarters, credited the two state governments of beating anti-incumbency. He called the party's performance in Haryana, where it failed to win majority, 'unprecedented' as the vote share had risen by three per cent to 36 compared to 2014.

BJP chief Amit Shah, the first senior party leader to speak after the tallies stabilised, tweeted: 'The (Manohar Lal) Khattar government in Haryana has made every effort for people's welfare under the central leadership of (Narendra) Modi. I thank people for making the BJP the single-largest party and giving it another opportunity to serve them.' He congratulated Khattar and state party chief Subhash Barala.

Eight of Khattar's ministers have lost their seats.

Since afternoon, various party leaders have tried to sound out their allies and rivals.

The first off the blocks was the Sena's Sanjay Raut, who said the BJP should stick to the 50-50 formula decided on before the election.

Sharad Pawar, who held a news conference in the afternoon, did not criticise ally Congress. When asked if there was any truth in the talk that the Congress-NCP and the Sena may come together, he said there was no decision to approach the Shiv Sena in order to keep the BJP out of power.

Bhupinder Hooda, the Haryana former chief minister who led the campaign in the state, sent out an anti-BJP alliance nudge to the Jannayak Janta Party and the seven to eight Independents who now hold the key to stability in the state. 'This mandate is against the BJP. The JJP, INLD and others, including the Independents, should join hands with the Congress to keep the BJP at bay,' Hooda said in Rohtak.

He said the administration was putting pressure on the Independents at the behest of the BJP and not allowing them to move freely.

JJP leader Dushyant Chautala, however, has kept everyone guessing. 'This shows there was huge anti-incumbency against the (Manohar Lal) Khattar government,' he said, but added that 'it is too early to say anything. We will first summon a meeting of our MLAs, decide who would be our leader in the House and then take it further.'